will the horrors of the Booke be too much to handle? Deadly Rising (Booke of the Hidden #2) by Jeri Westerson

" I loved the characters and the storyline. One of the best fantasy/ paranormal books I have read this year. " - Marie, Goodreads 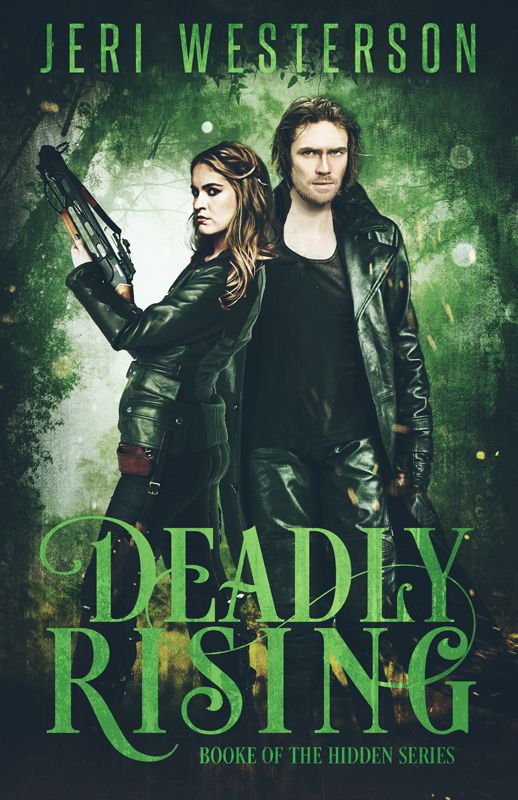 Things were quiet in Strange Herbs & Teas. For about a week.

Our crossbow slinging hero and her ragtag gang of Wiccans tuned in to the paranormal have earned some rest. But when Kylie learns that the Booke may have released not one, but two creatures of horror out into the world, it’s up to her to save Moody Bog. Again.

Calling upon the devilishly handsome demon Erasmus once more for help, Kylie’s determined to handle the mischief of the Booke and go back to a normal life. But when digging through Moody Bog’s history leads her to the ghost of her grandfather, the past she once knew is turned upside down.

Can Kylie save the town and her grandfather, or will the horrors of the Booke be too much to handle?

“Mortals,” he muttered with a sneer. “I—who have been intimately intertwined with the book, captured by its covers for thousands of years—I don’t even know what it does or why. Do you think for one moment I like this? That I like being yanked about from century to century, to listen to the mewling of each Chosen Host as she does her job. Do you think I truly enjoy taking my—”

He stopped, shutting his lips as if locking a door on them.

“I’m stopping this Booke. This is the last generation of crap from it. Its days of taking a Chosen Host are over. My family…” I laughed, thinking about it. It’s our curse. Did we bring it over to the New World? How long had my ancient ancestors been entrusted with this thing? Cursed by it? “When I close the covers of this Booke, it isn’t opening again for anyone else.”

He folded his arms. “Oh, how the arrogance of the human race astounds me. Go on. Tell me. Explain exactly how you are going to do that?”

I shrugged. “I don’t know. But I’ve got my Wiccans. We’ll figure something out. I’m not alone, you know.”

His expression faded and his arms fell away from his chest. “I see. You…you think to succeed where others have failed. Well… the others were alone. Perhaps…perhaps there may be something to what you say.”

That gave me hope. No, I wasn’t alone. If those other Chosen Hosts had struck out on their own without any back-up, then of course they had little chance. Ha! I had my little army. There was a chance. But then…

“What happens to you?”
He looked toward the floor, his long hair hanging over his face and hiding his eyes. “Then I…cease.”
“Cease. What do you mean ‘cease’?”

When he lifted his face there was no expression either on his face or in his usually expressive eyes. “I fail to exist. Or in your parlance, I die.”

“My sole existence is to serve the one who opens the book. There is no other reason for my creation. When the book dies, so, too, do I.”

I breathed. There should have been a lot swirling around in my mind but there wasn’t. Only the aspect of this stupid demon’s non-existence. I couldn’t fathom it. I didn’t want to. Striding forward I took his face in my hands and kissed him. 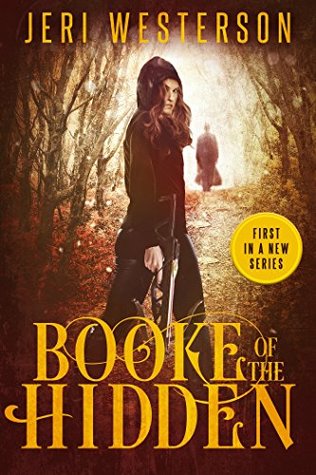 There were suddenly arms around me holding me close. His mouth opened and his lips—so hot, so wet—kissed me urgently, as if it was his last day on earth. I tried not to think about that and just surrendered myself to simply feeling.

He nipped my bottom lip and grazed my chin with his teeth. His mouth was on my neck and I arched toward him. I could feel his hardness through our clothing and I had a flash of about a week ago of my bed, the quilt, the body of a god, and the wildness as we let ourselves go. I began vaguely wondering about the kitchen floor when he suddenly drew back. I nearly fell backward when he released me and turned away.

Stumbling, I adjusted my stance and wiped the wet from my mouth.

His back was to me, and his shoulders were heaving with great gusting breaths. “Damn you,” he murmured. “We…can’t.”

I breathed, trying to control the tremors in my body. How he could get me into such a lather I’ll never know. Even harking back to my evening with Ed, it had been good with him…but it was never like this.

About the author:
Los Angeles native and award-winning author Jeri Westerson writes the critically acclaimed Crispin Guest Medieval Mysteries, historical novels, paranormal novels, and LGBT mysteries. To date, her medieval mysteries have garnered twelve industry award nominations, from the Agatha to the Shamus. Kirkus Review said of her latest Crispin Guest Medieval Mystery A MAIDEN WEEPING, “Once again Guest’s past misdeeds actually help him in the present in a case that includes plenty of red herrings and an interesting look at medieval jurisprudence.” Jeri is former president of the SoCal chapter of Mystery Writers of America and frequently guest lectures on medieval history at local colleges and museums. She lives in southern California with her home-brewing husband, a complacent tortoise, and 40,000 bees.

Yep, these sound perfect for me. I love this genre and great cover art!

Like the covers. The books sound interesting. Thank's for the chance and sharing them.

The green book cover and art look the best. Overall, cool textures and an interesting excerpt. No question for the author. Thanks for sharing.