these elite teenage rebel warriors... Until We Are Free by TM Blayte

Loyalties will be tested, until the determination to be free becomes the only thing that matters. After all, does one person’s freedom mean another person’s oppression?” 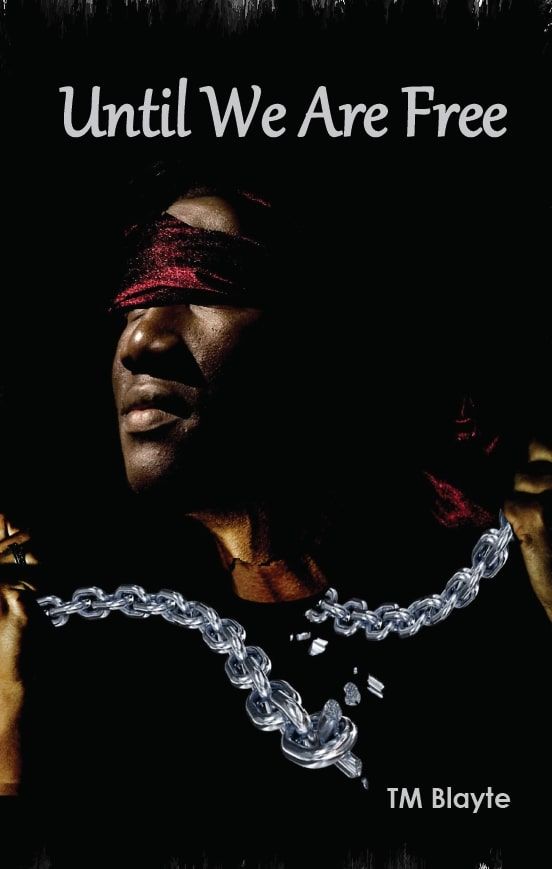 Nyl Jayms is tasked with kidnaping the Elder princess, to force her brother, the king, to negotiate with humans. The alternative is a war that could lead to the annihilation of both humans and Elders.

A Rider Council faction, led by Nyl’s father, is opposed to any negotiations. They will do anything, including sabotaging his assignment, to trigger a war.

Nyl and his team have to outsmart the king’s elite Royal Guard, to get to the princess, and somehow stay one step ahead of the faction opposed to negotiations. Everyone will be forced to re-evaluate ideology they were raised with, as an impending war looms ever closer.

Join these elite teenage rebel warriors on a journey of war, betrayal, and political scheming, in Until We Are Free. In this debut novel from TM Blayte, faces of friends, family, allies and enemies will blur. Loyalties will be tested, until the determination to be free becomes the only thing that matters. After all, does one person’s freedom mean another person’s oppression?”

“You know people can still get executed for this according to our law?”
I don't reply.
“Maybe you want to go to prison for a few months? Guard! Take . . .”

“If I may, your Majesty,” a small and perfectly pitched voice says. We all turn to the princess. To my surprise, she has the hint of the Castle Isle accent, especially in her longer than usual vowels at the end of words. Nest Castleworths usually sound more like local merchants and academics. That is how Alexander sounds. Precise, perfect and quick.

She doesn't flinch at the attention directed at her, “I don't think it is necessary, your Majesty. He is young. How old are you, Human?”

“Twenty,” I say, remembering my false documents state something like that.

She shakes her head. “You don't look it. I could have sworn you were seventeen. Nevertheless,” turning to her brother, “he is new. Probably just made a mistake. Just fire him, I think, Your Majesty.”

“I agree,” Lord Daylle says. “You know the rumours circulating, Sire. The last thing we need is the blood of a human child on our hands.”

Alexander scowls at his uncle and sister in turn, “You both know this is how people die? Do you know how many monarchs have met a sticky end because of giving second chances and pardons? This human will come back one day and slaughter every single one of us without a second thought for the mercy you intend to show him. If he doesn’t, he’ll stand by while his lot massacres all of us.”

“Remember the Taphara Massacre? What caused it again? Second chances.”

Alexander raises an eyebrow at Princess Kgaryn. “You are sure this is not a Grace Mutembo all over again? I thought you would have learnt your lesson.”

For the first time, the Princess looks down for a second, before smiling back at her brother politely, “It is not, your Majesty.”

“Human.” I feel like saying to the king, “I have a name Elder,” but I stop myself. That won't help me much.

“You should thank Lord Daylle and the Princess for a nice and suicidal nature. Run along. And next time you moan about the evil royal Elders, on social media and the like, remember Lord Daylle. Remember the princess. We do show mercy to those who deserve it, not that I think you deserve to even be alive. Always, remember, today Human. Now run along before I change my mind.”

I am about to turn, when the guard hisses, “Bow first and leave backwards.” I don't want to jinx my good fortune, so I do as he says.

The princess doesn't take her eyes off me as I back away. For a second, I meet her gaze. She winks. I look away. Damn them all.

About the author:
Aspiring journalist by day, reader by night, and author somewhere in between, TM Blayte is the author of Until We Are Free. He is published by Alban Lake Publishing. He is also the author of short works such as: Till Death Do Us Part, The Last Children, and The Power of Legend.
T’s biggest dream is to … Nah, it’s personal!
To hear more about T’s work, and receive exclusive content, subscribe to his free newsletter.
Follow him on

Which book would you like to see a sequel to? Congrats on the release. Bernie Wallace BWallace1980(at)hotmail(d0t)com

thanks the excerpt sounds very interesting