"There is something about Christina Britton's writing that speaks to me on a soul-deep level, and I can't help but put this book on my list of favorite books for the year! [...] I love how real her stories are and how genuine and flawed the characters, even while keeping the magic of romance and redemption alive." Meghan, Goodreads 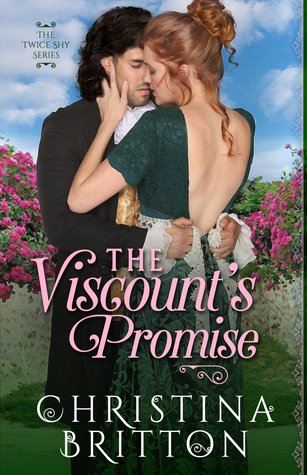 Lady Emily Masters has harbored a secret infatuation for the dashing Malcolm Arborn, Viscount Morley since a childhood accident claimed the life of her twin brother and left her own face scarred. But when fate brings them together again for her brother’s wedding, she is dismayed to find instead of the brave gentleman who sheltered her after the tragedy, a surly rogue quick to quip and slow to trust.

To the cosmopolitan and haughty Malcolm, few engagements could possibly be more punishing than attending his friend’s country wedding―until the groom requests he watch over his timid sister during the weeks leading up to the ceremony. Fearful of her scar making her the center of attention to the visiting lords and ladies, Emily proves to be a difficult charge for the irascible bachelor.

Her diffidence an insult to his sensibilities, he finds a new purpose within his role: to bring out the bold woman within. But how can such a gentle creature as Emily abide his own coarseness? At odds with their natures, will these two willful souls be able to look beyond their past hurt to build a promising tomorrow?

“I would love to hear you play if you have the time for one more song.”
She shot him a quick, disbelieving glance, and immediately regretted it. They were close, closer even than they had been during the dance. Her mouth went dry. “You want me to play for you?”
“Yes, please.”
“You have heard me play before,” she reminded him.
“Yes, but that was different.”
She frowned. “How?”
He looked flummoxed for a moment, as if he hadn’t expected the question and didn’t have the least idea how to answer it. Finally, he shrugged. “There was something more to your playing this morning. I cannot explain it.”
His eyes were fervent and wondering as he looked down at her. Had he truly heard the emotions she had poured into her music, the bit of her soul she had bared in her playing? It touched her deeply that he sensed it, for he had been the one to inspire it in the first place. Something warm unfurled in her chest. In that moment she would not have denied him anything. “Very well,” she whispered.

On shaky legs she returned to her place at the pianoforte. He sat halfway across the length of the room, as if he were trying to maintain some space between them. And yet Emily could feel his gaze on her like a physical touch. Taking a deep breath, she laid her fingers on the keys and, closing her eyes, began to play. She could have chosen a piece of incredible difficulty to lay every bit of her skill out in front of him. Instead her fingers glided over the keys, finding and weaving through a soft, plaintive melody. It was slow and deep, reflecting her heart and what Malcolm was pulling from it. For he was dragging emotions from her she never thought to feel.
Every strike of the hammers on the strings vibrated through her, from her fingertips to her very core. Tears pressed against her closed lids. Did he hear it? Could he feel what she was putting into the song? All too soon the last note died away. The echo of it was slower to leave her, flowing through her body, swirling about her heart. She was almost bereft when that, too, died away. But with the loss of it, she became aware of something else missing as well.
There was not a sound in the room. Had he left? With great will she opened her eyes, quickly blinking away her tears, and looked in the direction he had been sitting. He was there still, his dark eyes intent on her, his expression rapt. That look was like a spark to dry tinder; suddenly it was as if the music had started up again, the magic of it touching her very soul.
“Thank you,” he said, his voice hushed and fervent. He smiled, and a bit of the scar that had grown, protective and tough, around Emily’s heart fell away. As she watched him go, she clutched her arms about her waist, more frightened than she had ever been.

About the author:
Christina Britton developed a passion for writing romance novels shortly after buying her first at the tender age of thirteen. Though for several years she turned to art and put brush instead of pen to paper, she has returned to her first love and is now writing full time. She spends her days dreaming of corsets and cravats and noblemen with tortured souls.

She lives with her husband and two children in the San Francisco Bay Area. A member of Romance Writers of America, she also belongs to her local chapter, Silicon Valley RWA, and is a 2017 RWA® Golden Heart® winner. Her debut novel, With Love in Sight, was released by Diversion Books in early 2018. 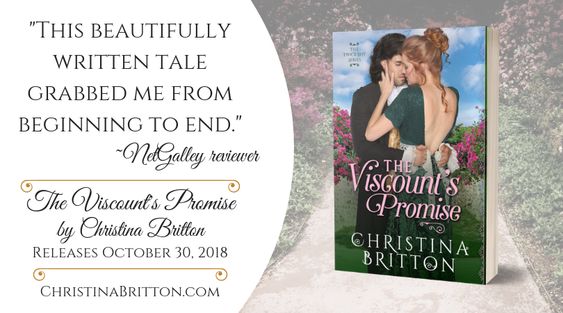 I like period romance pieces, at least you know from here, I mean it had to stink. Lol But, ya it's great to think about. Haha

Thank you so much for having me on your blog!
~Christina Britton