Is there hope for a grieving mother’s heart? - Soundings: Water Elemental by Janine Donoho

From Amazon, Editorial Review: "Janine Donoho writes with such detail and description I feel as though I've stepped into the story and am watching as it unfolds. Her writing brings me back to my childhood, when my mother would read to me at night and I'd imagine myself carried away to another world.-Carolyn Ridder Aspenson, bestselling author of The Angela Panther Series" 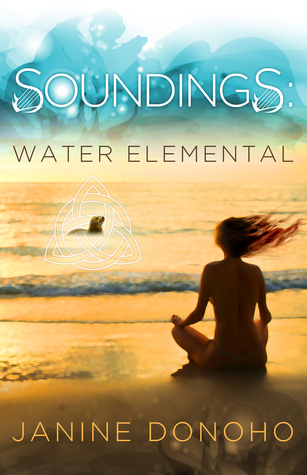 Is there hope for a grieving mother’s heart?

Ecopsychologist Dr. Margo Updike loses herself in a shadow life after her daughter’s tragic death. When a century storm deposits a young girl on Maggie’s secluded beach in Puget Sound, a miraculous renewal begins. Then the apparent orphan exhibits signs of neglect and worse, prompting Maggie’s vow to protect and heal her—no matter the cost.

The arrival of a mysterious man claiming to be Sorcha’s father upends Maggie’s life. She finds Morrissey strangely irresistible even as her friend Sheriff Ajax Smith questions the man’s motives and odd behavior. As a serial killer’s victims begin surfacing in Seal Cove, Jax must curb his suspicions to enlist Maggie as a profiler.

Will Jax and Maggie find the murderer before he strikes again? With Morrissey’s secrets trapping Maggie on destructive shoals between reality and legend, can she grasp his true nature before losing her chance to rebuild a life worth living? To what depths—and heights—will she go for a daughter, a beloved man and, ultimately, her humanity?

About the author:
Award-winning writer Janine Donoho grew up navigating extremes—perhaps due to the ups-and-downs of her San Franciscan birthplace. That Escher landscape primed her to embrace imaginary worlds. With one foot planted in fuzzy science and the other in invented realms, she inhabits the land of WHAT IF. Published in novel-length and short fiction, along with essays, Janine pursues the thumps that echo in the night—and writes about those, too.

With her intrepid husband, Italian greyhound and tuxedo cat, Janine makes her home in the spectacular Okanogan highlands of Washington State. Mountain lions, coyotes, and bears—oh, my!

Thank you for playing with me today. SOUNDINGS offers a deep read for those who love magic seen from the corner of the eyes. And our reader swag? Such fun.