Confrontations could do much worse - Curse Me Not by Elizabeth Fisher

17+ "Flustered again, this time from venting like a loon, I consoled myself that maybe my worry would rub off on McGrath long enough for him to see things through. But as I watched him, my stomach sank. His body language clearly stated he had made up his mind about something. That was why his next words threw me into next week." 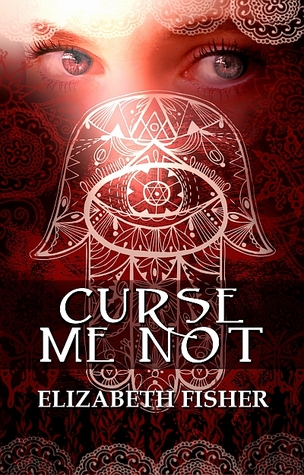 Southern unsophisticate Elzetta Swan has gained the ability to see auras and the more lucrative ability to clean revenge curses from those auras. Embracing the gift faster than grass through a goose, Elzetta is about to finish her first year as a legally licensed bodywasher with a trendy new lifestyle and a countrified inner child that’s skipping all the way to the bank. But when a routine cleansing suddenly turns ugly, she begins to wonder if a powerful invoker has come to town—one who’s hooked on the rush of setting particularly nasty curses.

As Elzetta attempts to track down the culprit, she faces two fateful confrontations. Each will threaten her trendy new life and the hallelujah hankering she’s formed for the unlikeliest of urban white knights, but together those confrontations could do much worse. They could create in Elzetta a vengeful rage all her own.

"Elizabeth Fisher has some great new ideas for my favorite topic: urban fantasy. Her paranormal theme is so very close to seeming like it could actually be happening that it really hooks you and is absolutely refreshing and original, which alone is worth the read. I'd love to know what inspired her to think of it [...]" - Amazon

For some reason I blushed when I said my own name and mentally kicked myself for getting flustered. I knew I was as countrified as he was citified, but there was something about him that either made me see red or go red.

“I can check with other bodywashers as well,” I added to cover my reaction. “Maybe someone has heard something or seen a similar situation.” The frustration and worry building inside me leaked out.
“I don’t understand it. Invokers know what happens to them if they whip up major curses. Minor curses have enough kickback, but invoking major curses is like selling your soul. No. It’s like giving your soul away for free.”

Flustered again, this time from venting like a loon, I consoled myself that maybe my worry would rub off on McGrath long enough for him to see things through. But as I watched him, my stomach sank.

His body language clearly stated he had made up his mind about something. That was why his next words threw me into next week.

“You’re right, you know. You do owe me.” Seeing he now had my complete attention, he grinned ruefully. “This evening I have to sit at a table with four area business types and their spouses and make small talk. I think it’s only fair you share my fate.”

“Huh?” I swear that was all I could come up with.

“Front Page Follies. Have you heard of it?”

I nodded numbly. I’d read about the event in the newspaper. Spoofing local politicians and other news makers, the Follies was a popular annual event in town that helped fund local journalism scholarships. According to Vittore, the stage show could be hilarious, but my mind was busy wrapping itself around the fact Captain McGrath, no, Cal, had asked me out on a date. I was torn between being insulted by the last minute invitation and jumping up and down at the thought of a night out with such an attractive man. Outwardly, however, I had the good sense to pretend nonchalance. I didn’t want to have to confess my cornball excitement to Vittore when I told him about all this later.

“Well, I don’t know,” I said slowly. “Going out for dinner, drinks, seeing all you community leaders roasted on a journalist’s spit…you’re asking quite a lot, you know.”

Cal grinned in that self-satisfied way men do when they know they’ve gotten their way.

Putting the back of my wrist to my forehead in mock despair, I peeked over at him. “Very well. If I must.”
****

Frustration became a bad taste in my mouth, as did disappointment. I’d sent Cal and his police buddies on a stupid, stupid goose chase and for what?

I thought of Book’s hostile and near-anorexic face and poor Miss Patrice looking lost in her nightgown and robe. I had cleansed a major curse when it should have been a minor one. I had seen a glimpse of something deadly in Book’s aura. While I’d never dealt with a saturated invoker before, I knew from my training Book could seriously hurt someone with his curses. He’d definitely hurt himself.

Closing my eyes, I took a deep breath. I couldn’t allow the police to dismiss this, but how could I convince them to continue the search?

“Elzetta, is there something you can do as a bodywasher?” Cal asked. “That is, since you work with auras, maybe you can pick up something from this room you can use to track him.”

With sad resignation I opened my eyes to look up at the two men.

“Gentlemen, I’m not a psychic. I’m not clairvoyant or precognitive, and I’m definitely not an auravestigist which is exactly what you’re asking for. I don’t even think people can do ESP stuff, although I guess that must sound strange coming from me.”

I found myself having to turn away from their scrutiny before I could continue.

With as much resolution as I could muster, I looked from Cal to Detective Griffin and back to Cal again. My eyes were starting to tear up and I forced myself not to blink.

“And I know, from what little I saw of his aura, Claude Book—heaven help him—is a very, very dangerous young man. Oh, I do so wish I could be of more help. I know this must seem like such a wasted effort.”

I stared at Cal willing him to understand. His poker face was back and the detective beside him no longer acted amused. I couldn’t tell if they truly grasped my fears or if they just thought I was wacko.
If Griffin’s gentle, almost pitying smile was any indication, I’d put my money on wacko.

Finally, Cal turned toward the detective. “Dwayne, you want to pack up what we’re taking? I’ll walk Miz Swan to her car.”

GoodReads ** Amazon ** Barnes&Noble
About the author:

Elizabeth Fisher lives in east Tennessee and has deep Appalachian roots that involve all the usual elements—moonshine stills, horse thieving ancestors and rumors of illicit banjo pickin’. Fortunately, due to her father’s less felonious North Carolina heritage, Fisher makes an honest living as an author, freelance writer, editor and graphic designer. In her spare time, she reads, hikes and attempts to oil paint. She believes she’s making great strides in creatively incorporating the errant hairs of her cats—Buck and Bozo—into her still lifes. Her loving husband, Tim, is not so sure.

It’s a hoot visiting Mythical Books today! Thanks so much, C, for telling folks about my paranormal romance, Curse Me Not!

What an interesting excerpt and very nice cover. Thank you for the giveaway.

I liked both the excerpt and the pretty book cover.

I love the eyes and design of the cover!

Thank you everyone for your comments! I hope y'all get a chance to read CURSE ME NOT and tell me what you think!