From Goodreads: "Captivating is the one word that describes this read. Words can be said that love has a scary way of finding its way into ones heart at the very weirdest of times. You have taken the most unlikely couple and joined them together in forever. You will have shown your readers that one’s true self is not too valued but to be cherished by another heart if we only give it half the chance to finding true love without compromise or reservation." 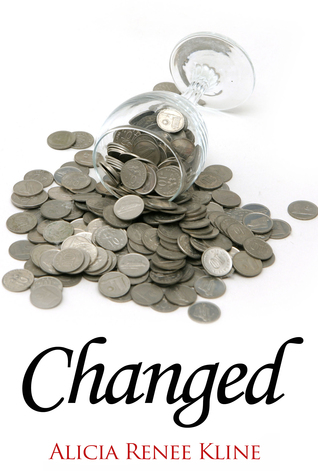 It was only supposed to be a one night thing…

Will Delaney and Gracie Alexander are little more than acquaintances when fate lands them in same place at the same time. One drunken hookup later, they decide that the best course of action for all involved is to pretend it never happened.

Upon first glance, they have absolutely nothing in common.

They both agree on one thing: they’re not looking for a relationship.

The only problem is that they can’t seem to stay away from each other.

Can two people who have sworn off love forever find it in the most unexpected setting?

He took my hand in his and allowed me to lead him to my bedroom. If he had half a mind to try to make a move on me again, he swallowed it down. We stripped to our underwear, him waiting for me to climb in under the comforter so that he could take the other side. In the darkness, I felt the mattress sink down with his unfamiliar weight. He was close enough to touch, yet far enough away that I supposed it was possible to forget he was there.

Possible, but not bloody likely.

I laid on my back, the comforter brushing against my bare breasts, mimicking how his hands felt upon my nipples. I closed my eyes, hoping to quiet the memories. Despite how tired I was, I’d never get to sleep like this.

“Gracie?” he whispered after a few minutes. “Are you still awake?”

Even though he couldn’t see my expression, I grinned at how silly his request sounded.

“Considering what we’ve done before, I think you’re past the point of having to ask permission to touch me.”

It was true. We’d slept together once - actually slept - back at his place. Granted, we’d both been relatively comatose given the amount of drinks we’d had. We hadn’t minded then if a random arm or leg invaded each other’s personal space.

But as he reached for me tentatively, I realized this was different. I submitted myself to him, letting him mold me the way he wanted to. He rolled me over so I laid on my side, him behind me. His arms held me tightly, but it wasn’t binding or restrictive. His face curved towards me, his lips pressed softly in the space where my neck met my shoulder blades, though he wasn’t kissing me. I could feel his every breath, his every heartbeat.

I could also feel my own pulse pounding very noticeably between my legs.

But I laid there, drinking it all in and wanting nothing more. In that very moment, I realized that I had never felt more safe in my life. The intimacy was astounding, a hundred times more powerful than that of the sex we’d had earlier. I knew then that he would do anything to protect me.

Even if it meant torturing the both of us.

Goodreads ** Smashwords ** Amazon ** Barnes&Noble ** Kobo
About the author:
Alicia Renee Kline has been writing for as long as she can remember. Her work has evolved from scrawling story ideas in spiral notebooks in loopy, middle school handwriting (complete with scribbles) to more professional looking fare via her laptop. She is eternally grateful for the "delete" key, so that no one can tell that she doesn't get everything right the first time.

She resides in Northeastern Indiana with her husband, two daughters and two hamsters. When she isn't being an author, she works full time in the insurance industry.