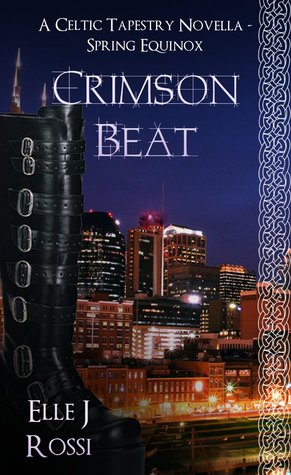 As I said in the Alabaster Nights’ review, book # 0.5, Josie Hawk is a promising series.

The pathfinder role of Alabaster Nights seems to not have been left by Crimson Beat where, given the chosen title, I would have wanted a greater involvement of the new introduced characters and a greater detail of the final part of the story. But it must be said, that Crimson Beat is also a novella and so, its rules, other than those that are applicable to a novel, make my wish to be just that, a wish.

Indigo Dawn, volume one of the series, does not disappoint and still carries the promise of a good series, although the author’s exploration and her attunement  with the applicable rules to short stories still can be felt sometimes, especially in the final moment of the confrontation when, somehow, all seems to be too quickly resolved.

Elle J. Rossi builds the story well, gradually introducing the needed elements to increase the suspense, to emphasize the unknown and to transform the stake of the game. “Game” that will become Josie's personal fight and, at the same time, it will be extended to a much higher level. Therefore the final confrontation, even if is the volume’s wrap-up and not of the series, is solved a little too "real", a little too fast. 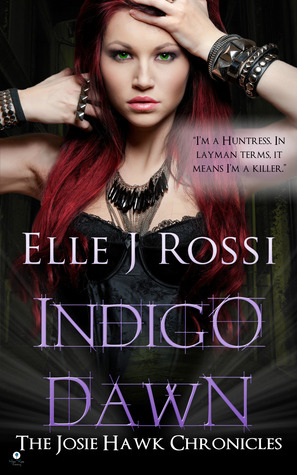 The characters are a forte of the series. The delicate upgrade of the classical features belonging to the fantastical creatures and the way that they are combined with different personalities create main and secondary characters that you’ll get to like them very much. Josie, the main female character is a real kick ass heroine, but at the same time she has a vulnerability that augment very well her character, vulnerability that gives her consistency and provides the necessary opportunities for the dark knight to help. About Keller, the so-called knight of the night that seems cannot be stop to save his lover even by the lethal sun, I will only say that I put him next to the favorite and famous male characters of the genre. I also liked the way in which the author sets the main characters’ "rank" changing not only the POV (point of view) in which the book is written, but even the person (from Josie’s first person to third person for Keller) bringing a plus of originality that fits well to the story.

But the secondary characters are not to be ignored either, and I cannot wait to know not only their history, but also the way in which their own love stories will ensue, love stories that seem to bloom at every step. The villains are as varied and benefit of motivations and purposes.

It’s a sure fact that I’ll keep an eye on this author and this series because there are so many good stuffs in here: a complex world with rules and ancient confrontations in which the allies may change, danger present on various plans, villains about you’ll want to know more, corruption and broken orders, love and lust, unexpected, vanity, power and delicacy, but also humor and the list goes on. I just want to warn you:

„All members of the occult will need to make a decision soon, because whether they like it or not...
The revolt begins now.”

Elle J Rossi grew up in rural Indiana surrounded by great people, a huge family and more animals than she could count. But the sites and sounds of the world beckoned, so she left her small town to escape into a creative world full of music. As a full time singer she was able to lose herself in a thousand different songs in a hundred different places. After meeting the love of her life and settling down, she yearned to find a new and fulfilling creative outlet. Overly fond of the happily ever after, she wondered what it would be like to have her own characters lead her down dark and twisted paths. The very first word on the very first page sealed her fate. She’d found a new love. She’d found her escape. Now along with weaving haunting tales about the journey to love, she’s creating cover art for authors around the world and loving every second of it. For fun, she cranks country music to take her back to her roots, and sings karaoke anytime she gets a chance. Her husband, two children, and a cat that rules the roost keep her company along the way and guarantee she doesn’t get lost in the enchanted forest. She wouldn’t have it any other way.