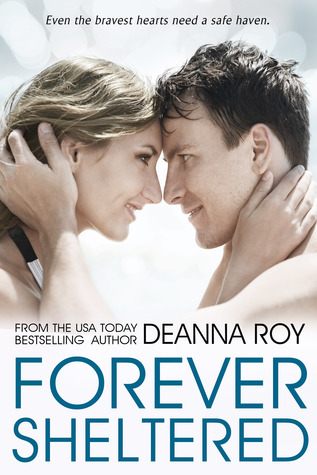 Tina would rather sew up her girl parts with dental floss than go on a second date with a man. She’s been dumped enough to know not to get attached.

But when Dr. Darion Marks comes into her art therapy room to ask a favor for a special patient, Tina recognizes the haunted look he buries beneath his stoic professionalism. So rather than be forced to ditch the handsome doctor after a single night, she decides not to date him at all.

So how exactly DO they end up half-naked in Surgical Suite B?

Dr. Darion has a lot to hide. His baby sister is the only family he has left, and he’s not leaving her treatment to some incompetent hack.

But now he’s breaking every hospital rule imaginable. He lied about his sister so he can manage her care, and now he’s banging the art therapy teacher between patient rounds like a fraternity boy at a keg party.

Nobody believes this can end well, not Tina’s friend Corabelle, who is overcoming a tragic history much like Tina’s, or even pink-haired Jenny, who thinks sex with strangers is good for your metabolism.

But Dr. Darion and Tina have one thing going for them – a fierce passion for each other that just might obliterate all their doubts, and solve all their problems.

Forever Sheltered includes many favorite characters from Forever Innocent and Forever Loved, as well as the much-anticipated wedding of Gavin and Corabelle.

It is a standalone HEA that does not require reading any other parts of the Forever series.

“Now you tell me about your ultimate dream. Do you still see yourself as a famous artist living out of a penthouse in Paris? Or is it Rome now?”

Carter couldn’t take his eyes from Toni’s. He wished she could hear his thoughts, know his feelings. “My dreams aren’t too different from yours. I’d love to settle down with a wife, be a dad, have kids.” He gazed into her eyes.

“Hey, here’s an idea,” Toni said with a laugh. “In another ten years if we’re both single, let’s get married. What do you say?” She put out her hand as if to seal the deal, but Carter just laughed sardonically. Great. She was making a mockery of the one thing he hoped for.

She lowered her hand. “What, am I that repulsive?”

“Of course not.” Carter’s mind was spinning. What could he say that was both true and hid the truth at the same time? “I can’t see either of us marrying without—‌” He cut off, but Toni smiled, seeming to know what he meant.

“Without what, romance? Falling madly in love? All that stuff is highly overrated. Trust me, I’ve been there.” She shook her head derisively.

All that stuff was hard to deal with when the object of your feelings didn’t return them. He’d been there. “Do the math, Toni. In ten years, you’ll be thirty-seven. You may not be able to get in two or three kids.”

“Then I’ll settle for one.” She punched his shoulder. “We could even adopt kids to avoid the whole ‘we’re not in love’ issue.”

She raised her eyebrows provocatively. “Fine. We can be married… with benefits.” She laughed.

His face went hot; he had to turn around so she wouldn’t see his reaction. No way did he want her guessing how much he wanted to hold her, wake up beside her — ‌make children together.

He leaned against the car and laughed along. With any luck, it sounded natural. Instead of shaking on the deal or giving her a direct answer, he opened her car door so she could get in. And so he could escape.

She sat down and put her purse on the passenger seat. “Thanks for inviting me.”

Carter watched her drive off. When she waved, he lifted one hand and did the same.


About the author:
Deanna Roy is a passionate advocate for women who have lost babies. She founded PregnancyLoss.Info in 1998 and runs many online and in-person support groups. She is the author of several two-hankie reads, including Forever Innocent, Stella & Dane, and Baby Dust.

I would put it in my bedroom so no one else could see it. Then I would try to find out why it was delivered to me, and who sent it.

if my room were bigger i put it there, and of course i would try to find who give me that gift
thanks!

Great series -- love spending time with these characters! As soon as my mom gets a Kindle, I plan to load it with these. :)

In my room to read on!

I hate pink so it would go to the baby's room! Thank you for the giveaway.

Thank you so much for helping to promote Forever Sheltered with your post. If only I had 100 Pink Monsters to give away, I'd do it here! :D - Thank you again, Deanna <3

I would put it in my living room, I need a new sofa.

Pink couch goes in the garage. Love these books!

It would definitely go downstairs in the rec room!

Where would YOU put a furry pink sofa if someone delivered it to your house? Livingroom, but why furry and pink?

I like the pink sofa! I would probably put it in my spare bedroom and buy some matching decor.

I would put it in the living room!

If a furry pink sofa were delivered to my house, it'd have to go in my basement lair, right in front of the TV. Seems like it'd be the perfect cuddle spot for movie nights!

Giggles...I'd put it in my bedroom and enjoy it. I love Pink!

I would put in the living room. Splendid. 2 finger snap. SOS. Help. Pick me, pick me! Your next winner!!! Show me the money!!! It would be a dream come true & means more to me than anyone else to win. Starving artist here desperately needs the Paypal gc to shop & eat again. Winner, winnner. Chicken dinner. A life changing experience. Top of my bucket list. Thanks for the awesomeness, the contest, & generosity. Dear Santa: I’ve been nice. My X-Mas wish this year is to win this contest!

A furry pink sofa? OMG! Are you serious? I'd put it in the basement! (just kidding). Maybe I'd put it in my niece's room.
Thanks or the giveaway! :-)

In my niece's bedroom

In the garage so I have place there to lounge and read.

I would love it, and i would put it in my office because no way my husband would alow it in the living room, lol.

will put it on my daughter's room :) she loves pink

in the spare bedroom so no one could see it

The pink sofa would go in my second living by my fireplace!

in my bedroom lol

In my bedroom of course :)

Basement or Play room... to much pink is NOT good...:P

I would put it in my bedroom.

I would put it in my daughter's bedroom..she loves anything pink..and I don't think my husband would let me put it in the living room