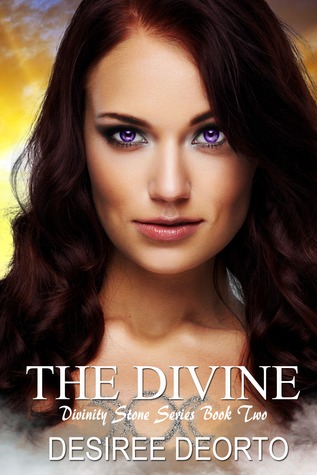 The legend has become reality, even if the people of Shiloh, Virginia don’t know it yet.

Starlette McKinley had moved across the US only to find that the darkness raging inside of her wasn’t something of her own creation. It wasn’t something that could be medically treated by psychiatrists or any type of medication. The darkness was her power, and it was going to stay.

When she accepts that the greatest threat of all lies within herself, she will have to choose: Push away all those that she loves in order to keep them safe, or keep them near and witness their deaths.

Only through the help of The Divine will she be able to face what is to come. But at what cost? What sacrifice will The Divine demand as payment?


The people of Shiloh, Virginia thought it was just a story. A legend to keep children from misbehaving. A challenge to prove you have courage. What they didn't know was that it was real. All of it was real.

The blood will run, and the prophecy will be revealed. But will she be able to overcome the insurmountable odds? Or will she succumb to the energy within, welcoming the darkness that has become her only friend.


Desiree DeOrto is a mother of four adorable little hellions. When she's not busy wiping noses, stopping toddler WWIII, cooking, or cleaning she can be found creating complex characters in believable worlds, throwing confetti, or causing general mayhem. Desiree believes in the power of words, and works hard to create an escape from reality through her stories. She loves to hear from readers so don't hesitate to contact her by email (lemuriangoddess1115@yahoo.com) or through Facebook.