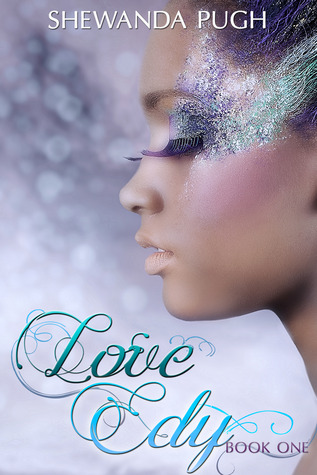 When Edy Phelps falls hard for her best friend, she knows nothing can come from it. Forget actual chemistry, or the fact that she cherishes his mother more than her own; centuries of tradition say that Hassan will grow up, marry the girl his parents pick, and forget his best friend: the dancer with the bursting smile. Except he can’t. In a world erupting with possibilities for the boy with a body of steel and dreams of the NFL, everything seems promised while nothing at all is; when he’s denied the girl he wants most.

Two hearts. Two families devoted through generations of friendship. Could Edy and Hassan really risk all that? And yet … how could they not?

I had the privilege to read this book prior to its release. First of all, I don't read romance. I mean, like, at all. [...] Ms. Pugh writes an amazing tale of teen romance and unrequited love that pulls you in and reminds you of the best (and worst) moments of the first loves of your own life. I will definitely be reading more of Ms. Pugh's work, and I highly recommend this one. - Ian Thomas (Goodreads)

About the author:
Shewanda Pugh is a tomboy who credits Stephen King with being the reason she writes romance. In 2012 she debuted with the first novel in a three part contemporary adult romance series, Crimson Footprints. Since then, she's been shortlisted for the AAMBC Reader's Choice Award, the National Black Book Festival's Best New Author Award, and the Rone Award for Contemporary Fiction in 2012 and 2013. She has an MA in Writing from Nova Southeastern University and a BA in Political Science from Alabama A&M University. Though a native of Boston, MA, she now lives in Miami, FL, where she can soak up sun rays without fear of shivering. Her first young adult romance, Love Edy, is scheduled for release on June 24th, 2014.

This book seems like a great love story. I would enjoy reading this book.

Definitely adding this to my shelf! Thanks for this giveaway! :)

I would love to have this book.

Hello and thank you for this giveaway ^^ :)

The cover of this book is so pretty, I love it!

I love the cover and the book sounds amazing! :) Thanks for the post and giveaway!

So glad I came across this blogpost! Another read to add to my TBR!

That is one seriously beautiful cover! :)

This looks and sounds sooo interesting. Plus the cover is sooo gorgeous!