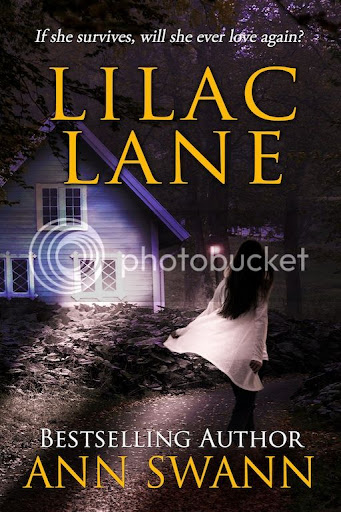 Ella and her son survived her ex-husband's drunken wrath. They are starting a new life in a new town, Stutter Creek. She's even met a real man. A gentle wild life biologist named Chet Boone. But now, her ex has been released from prison early. Is that him driving past their new house late at night? Is he the one causing the strange sounds and flickering lights? Can they survive a second round with a madman?

It was after midnight when Nick appeared at his mom’s bedside like a little phantom, still clutching his football pillow. His hair stuck up in little whorls and corkscrews. “Something woke me,” he said. “Sounds like someone walking around, up there.” He indicated the ceiling with a thrust of his chin. Ella came awake quickly, as only a worried parent can. “Let’s go take a look.” She climbed out of bed. “You go,” Nick said. “I’ll wait here.” He sat on the edge of her bed. She wanted to say okay, just stay here and let Mama handle it, but she was afraid if he didn’t sleep in his own room tonight, on their very first night, he might expect to sleep with her from now on. “I need you with me,” she said. “As backup.” Nick sighed. “Okay...but what if it’s a ghost? It’s an old house, it’s probably haunted.”

Ann lives in Texas with her handsome hubby and several rescue pets. Lilac Lane is the second book in this Romantic Suspense series, the first being Stutter Creek. Ann’s very first book with 5 Prince Publishing was All For Love, a heartbreaking story of ill- fated romance. She is also the author of The Phantom Series. Book One is Stevie-girl and the Phantom Pilot, Book Two is Stevie-girl and the Phantom Student, and Book T hree is Stevie-girl and the Phantom of Crybaby Bridge. Ann has also published short fiction in the anthologies Timeless (paranormal love stories) and Tales of Terror (horror) as well as a speculative short story, Chems. Her current work-in-progress is book three set in Stutter Creek. The next novel will be called Copper Lake. Look for a short excerpt at the end of Lilac Lane. When she isn’t writing, Ann is reading. Her to-be-read list has grown so large it has taken on a life of its own. She calls it Herman.