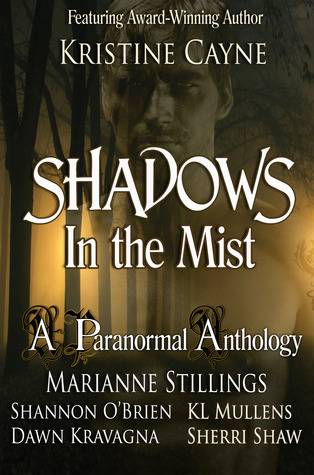 From the misty waters of Puget Sound across the wrinkles of time to the shadow of Mt. Vesuvius, mystery and magic intertwine to create haunting tales of everlasting passion. This anthology of six novellas is a collaboration of the Seattle-based Rainy Day Writers group.

Murder at the Mausoleum by Marianne Stillings—Out of work and desperate for a job, Stephanie Gabriel reluctantly accepts a position as Housekeeper/Girl Friday for Dr. John Mercilus at his isolated Northern California mansion. Sure, he’s wealthy, hunky, and single, but the fact he’s a Vampire has Stephanie more than a little worried. Though Mercilus promises she’ll come to no harm, there is nonetheless danger afoot. When a major snowstorm maroons them along with an odd assortment of house guests, it’s more than inconvenient – it’s murder, and the clues all point to Stephanie’s boss as the culprit. Now she has to decide whether to trust the enigmatic "Creature of the Night" she’s falling for, or find a means of escape before she becomes the next victim.

Spellbound in Seattle by Shannon O’Brien—When Rose McCarty’s boyfriend was killed, she swore off witchcraft and love. But when his tall, dark older brother washes up on her houseboat’s deck three years later—muttering about doppelgangers and incubi—Rose’s lonely, spell-free world comes crashing down.

Dead Moon by KL Mullens—During a Dead Moon Elspeth Saint has a strange encounter she can’t explain and a door previously closed becomes open; a gift is given; a promise is kept; and Elspeth who has never known what it is to be loved; learns what it is to be cherished.

Evil Bites by Dawn Kravagna—Kim seeks revenge on the serial killer who viciously attacked and maimed her lovely sister. But she soon discovers that evil can bite back.

The Eye of Lilith by Sherri Shaw—Marc Blakely has been bewitched by a rare artifact rumored to drive a man insane before compelling him to commit suicide. As a member of the Speaker of the Word coven, Cindi Jones uses her magic to destroy enchanted relics and protect the innocents they infect. Can she save Marc in time, or will he succumb to the Eye of Lilith?

Origins: The Men of MER by Kristine Cayne—Petty Officer Wyatt Black had no idea what he signed up for by joining the Navy’s experimental MER program. When a domestic terrorist attack almost kills Dr. Claire Montgomery, the woman of Wyatt’s dreams, he is exposed to a lethal illness that poses a horrifying threat to mankind—but only because of what the Navy has done to him. In the midst of saving Claire’s life, Wyatt is forced to face the terrifying truth of what he has become: something not quite human.

A sharp pull on Claire’s foot yanked her down, tearing her away from what little hope she had of surviving until help came for her. Pinwheeling her arms, she tried in vain to grab hold of the boat, to pull it down, to bring that little pocket of oxygen with her. It took all her resolve not to scream. An instant death sentence.

Her only chance for survival was to stay calm. If she panicked, she’d drown.

She slid her hand down her leg to her ankle, hoping she’d find only a piece of seaweed. No such luck. A rope was wrapped around her foot. Was it loose? Something tied to the boat? She yanked her foot and the rope cinched tighter.

Oh God. She was stuck. Frantically, she twisted her foot every which way, but couldn’t free it. The rope chafed and cut, the salt in the water making the wounds burn. Her lungs couldn’t take much more. Neither could her mind.

She was so tired. If she could just rest a little…

Images of her father and Wyatt flashed before her eyes. She couldn’t give up. She forced herself to think, to search the dim world around her and evaluate her situation. When her gaze landed on the abandoned drydock beneath her, her chest squeezed painfully and any vestige of hope she had seeped away. Several dozen nets, which workers had used to raise boats out of the water, hung off the wreckage of the drydock. In this killing zone were trapped hundreds of dead or dying fish and birds, even some seals.

And now one human woman.

THE EYE OF LILITH

“—time.” Marc finished. He stood, caramel brown eyes fixed on her. “It’s you. You’re stopping time. When you started to chant in Gaelic, your ring began to glow and then the next instant everyone was stuck in some bizarre state of suspended animation.”

“You understood what I said?” Panic and surprise hit her at the same instant. More disturbing still, why wasn’t he affected by the incantation like the others? She wanted to ask him but realized the foolishness of such a question. He wouldn’t know the answer any more than she would.

He towered over her, all six-feet of his muscular body stiff with outrage. “Enough to get the gist. Who are you? And what did you do to them?”

“I’m saving their lives.” His disturbing proximity, more than his daunting stare, spurred her into action. “Like I’m saving yours. Now please, I don’t have time to explain. You’ll have to trust me. Stay here where it’s safe.” She turned and ran toward the steep path leading to the cliffs, but only made it a few feet when she heard the unmistakable sound of following footsteps.

“How did you freeze all those people? Are you some kind of magician?” he asked.

“Sure,” she lied and pushed herself to move faster up the incline. Let him think her a magician; it was much easier than admitting she was a witch.

Goodreads ** Amazon
About the Rainy Day Writers:
Writing fiction is difficult and lonely and more often than not, the “normal” people in your life don’t understand the writing process and can’t fathom why you are possessed and obsessed with finding the perfect word or phrase that says exactly what you want to say right where you want to say it. Only other writers comprehend and accept that kind of torment.

To fill this need to surround herself with like-minded obsessive-compulsive self-doubting lunatics, in 2005, Marianne Stillings established what came to be known as The Rainy Day Writers.

There were only two requirements for joining the group: You must be serious about writing and getting published, and any criticisms of co-members’ work be honest, gentle, and kind.

Over the years, the membership has changed; some people moved on, others joined. The group we have now has been stable and constant since 2009. The Rainy Day Writers are a family.

Find the authors at: