Guest Post and Giveaway The Whispers of the Fallen by J.D. Netto 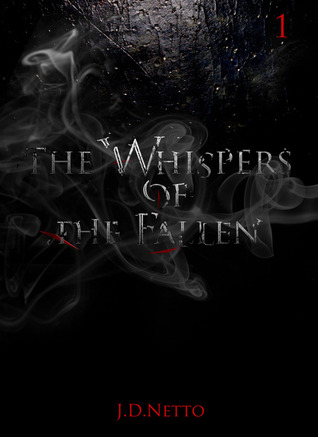 Ever since the dawn of days, rumors about the Diary of Lucifer echoed throughout Elysium. Hidden from all human knowledge, the Diary was kept a secret, locked away in the small village of Agalmath.

Isaac and Demetre find themselves in a dangerous journey as they uncover the truth about the Diary and its guardians. However, for Isaac and Demetre, danger lies at every step, hidden in the most unexpected places.

Hunted by the Nephilins and the Fallen Stars, they must find others who will join them in the battle against the coming darkness.

In The Whispers of the Fallen, you will not find any angels or demons. In my mythology, there are the Highest Stars and the Stars, servants of the Creator. After Lucifer’s betrayal, all the Stars that had sided with him were consumed by fire, being sent to a place called Abyss. These beings became the Fallen Stars and the Fallen Rulers. Although they have fallen away from Tristar, they still have their beauty and power.

In the series, you will find Leethan and Raziel, Stars that protect Tristar and the Creator. You will also meet Xavier, Mordred, and Erebos. They are powerful Fallen Stars with powers and abilities that can destroy an entire human army.

GUEST POST
by J.D.Netto
Ever since I was a child, I was always intrigued by the stories of both demons and nephilims. The mystery, legend, and truth that surround these beings inspired me greatly during my writing process. These are powerful tales that have echoed throughout humanity for thousands of years. Though I am a fan of nephilims, I much enjoy reading about demons.

The fact that they can never find redemption, always damned to live in darkness inspired me to create characters that share the same torturous fate. I am not enthroning demons, I just think it must be a terrible place to be in when you can no longer be forgiven for your mistakes.

Often times, I try to see the world through their perspective (Weird. I know.). I find that if I can use this perspective and apply it to my characters, I will have stronger, more relevant events in the series.

I am a believer of angels and demons. In my point of view, humanity sometimes forgets to focus on the unseen things that surround us. I do not believe they are our strongest enemy, though. In my opinion, our minds often become our battlefield and demons take advantage of the weakness that is found within us, joining in our inner battle.

These are stories that will always inspire me. Every author “leaks” a bit of their beliefs into their work. Tales of demons, angels, nephilims, ghosts, etc will always be a source of information and inspiration for my future books.

Goodreads ** Amazon ** Barnes&Noble ** Kobo ** iTunes
About the author:
J.D.Netto (Jorge de Oliveira Netto) is brazilian-born. Raised in Framingham, MA, J.D.Netto always had an eye for epic fantasy and story-telling. At an early age, he had the habit of locking himself in his room, turning on any soundtrack he could find, and there he would write for hours.

During his senior year in High School, J.D.Netto had an idea that changed his life, 'What if Lucifer had a Diary? What if the Diary was a secret? What if the secret was a reality?' These simple questions led him to write for six consecutive years, researching, perfecting his craft, and creating the world of Elysium. All the promotional visuals of the novel, including the cover, were designed by J.D.Netto, proving that he is not only a writer, but an innovative visual designer.

Author's Giveaway
Author will be giving away four paperback books during the tour. All they have to do is "like" the official Facebook page and leave a comment.

Mythical Books' Giveaway
Good Luck!
MYTHICAL BOOKS' Giveaway is INTERNATIONAL as long as The Book Depository ships to you for free OR you want ebooks from Smashwords or Amazon
The winner will be announced here, on Mythical Books
a Rafflecopter giveaway
Posted by CCAM at 3:00 PM

Angel because of their purity

Hmm, demons :-). I find them really interesting. It is said they are bad but a long time ago they were good.
Thank you for the giveaway! ^o^

I would say Angels they're so interesting due to whoever tells the story they could be angelic or badass and I just love reading about them.

Angels of course though there are some interesting demons out there

Angels because they are simply amazing.

but cant i have a mix half angel half demon lol :)

Whoever has the angel hearts ;p

Nephilim, because they are much more interesting due to their both Angelic and Human nature. :)

Demons because they are interesting.
GFC Alexandra14

angel so i could watch over my loved ones

I like Angels because they have awesome powers and I love good angels !!!