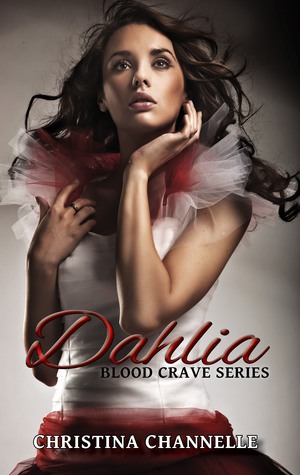 What would you do if your dreams were more than just dreams?

When you knew in the depths of your soul that you were unlike the rest?

For seventeen-year-old Dahlia Winters, this is her truth. Her coping mechanism is to simply forget and deny the strangeness that is her life. Orphaned, her past remains a mystery. Now residing with a foster family, she finally feels normal--or attempts to. Yet, dreams continue to torment her. Not only consumed by visions of miraculously healing wounds, but of a lust for something she should never naturally crave.

Then a green-eyed stranger enters her life echoing her inner thoughts and voicing warnings about others wanting to harm her. He knows things about her that no one should possibly know, and he awakens her in ways she never expected.

This leads Dahlia to discover who she really is, for she is more than justhuman. With this newfound knowledge, and the elements suddenly fighting against her, she finds it hard to trust anyone. And as she finally awakens and comes to grips with the power she possesses, she fights to stay alive.

Before the world, as she knows it, ceases to exist.

We left off from DAHLIA with only a name--a name that is the next piece to the puzzle. A name that will eventually, "lead us to him." But before we delve into the continuation of the Blood Crave Series, let's answer the question that's been on all our minds.

Who is Rowan?
This 21,000 word novella answers that question, and of how Rowan has come to know the vampire with pitch-black eyes. 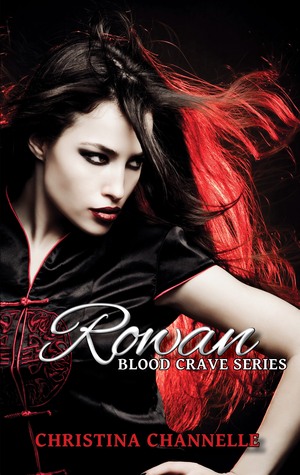 Things Rowan has been trying to avoid for the many years since she was first turned. Her choice: to sleep away the darkness; it beats having to deal with the craziness of life. Or rather, death. However soon after awakening, she stumbles upon a lone figure whose presence is shrouded with mystery.

She assists him in his search for answers making it even more difficult for Rowan to forget her past. She realizes she can’t hide forever as she is literally being sucked back into her chaotic world: a world where both fallen angels and vampires exist, manifested on earth as lapsus and lamia.

Not particularly … friendly with one another.

Rowan struggles to resist her hunger as a demon vampire while dealing with unwanted desires for a fallen angel from the past: a relationship that could only spell trouble. Not to mention the unresolved feelings she still has for a loved one from long ago.

While all of this is happening, they must all seek the hidden evil that hunts them—for there’s an ancient fighting to wake up and destroy everything Rowan holds dear.

1) They have no reflection.
2) The sun will burn them/aversion to light.
3) They sleep in coffins.
4) Stake in the chest (heart) will kill them.
5) Holy water will scald them.
6) They cannot enter holy grounds, such as a church.
7) Vampires can turn into bats.
8) Fangs are their signature characteristic.
9) Garlic can be a weapon of choice.
10) Ingestion of blood is needed for survival.


I was five when I knew something was different about me.

I had no recollection of who my parents were or what they even looked like. All I knew was that I was alone at the orphanage, disconnected from the outside world. I picture it even now, almost like an oil painting: the thick bristles of the paintbrush created the bright blue sky as it connected to the shockingly white snow. The snow blanketed everything around me, as if protecting me, the green forest displayed at every angle.

The orphanage was out of place in such a nature-infused environment. A large, two-story building, its windows seemed to cover almost every surface. I remembered the brightness of the sun as it hit my sleepy face through one of those many windows. It would instantly warm my body, greeting me to yet another day.

Vines covered old gray bricks as they coursed over the external surface of the orphanage. I had nightmares about those same vines making their way into my room as I slept. They’d appear ominously as their shadows pounded against the walls, taunting me as a storm brewed on outside. Venturing toward my bed, the vines would slither across my body, trapping me in place. One would wrap around my neck, squeezing tightly, as I struggled for air. Rendered frozen, the feeling of fear would take hold, bubbling up deep inside my chest. And as I felt the burning pain in my throat, a thought would flash through my mind of this moment being my last. It never was, though, as I would instantly wake up.

I always did have a wild imagination.

To chase away the terror, I would stand before my windowpane the morning after. Sighing in relief, my eyes would be drawn to the vast forest off in the distance. It surrounded the orphanage, like a gatekeeper, the leaves of the trees bristling in irritation. The wind blew right through those tall structures, whistling, as my ears picked up the all too familiar sound.

I somehow found myself standing directly in front of that very forest. My memory was hazy on exactly how I got there but I recalled waking up, after one of my many dreams, to the feeling of immense hunger as my body stirred in discomfort.

Then suddenly I was at the foot of the forest.

I would not describe the sensation as simple hunger. I would almost describe it as a feeling of starvation, like there was some essential component my body was missing. Whatever it was, this need was so powerful I was weak in the knees with the pain; my belly contracted and released, contracted and released, continually. Food provided temporary relief for me, but there was always this presence in the corner of my mind as my brain searched for the one thing my body craved.

I ignored that nagging voice in my head, the one whispering for the one thing I needed. It was something unfathomable yet inherent. I paid it no attention and just openly stared at the forest beckoning me. Taking shallow breaths, the cool air blew in and out between my cold, chapped lips.

It was at that exact moment I realized the forest isolated me from everything and everyone outside of its confines—almost like a hungry bird circling its prey. Even young, my instincts picked up on that, immediately telling me something.

Eyes were watching me.


Boys were too easy—a pretty face and they were hooked. Internally, she rolled her eyes at his response. She could tell he no longer thought of being lost.

Frankly, it was quite pathetic.

Putting on an apologetic face, she frowned, stepping forward. “Oh, I’m so sorry. I didn’t hurt you, did I?” She brushed a hand against his upper arm for added effect and knew he worked out from the bulge felt beneath his clothes. She felt the shiver vibrate through his body from her contact.

She rather enjoyed this game of cat and mouse. It gave her something to do and, to be honest, it was rather refreshing. Mind control wasn’t as entertaining and she didn’t do it unless needed.

“No. Um, no, you didn’t. I’m fine.” His voice pierced through Rowan’s thoughts, sounding slightly off centered, almost like a pubescent boy. It didn’t match his physique at all. She watched him swallow deeply, clearing his throat. Rowan bit her lip, trying to hide the smirk forming on her face.

She instantly let go of his arm, eyes widening. “Well, then. Now that I know you’re fine….” She took a step back, smiling as she slowly walked away. She accentuated her stride, allowing her hips to sway gently back and forth when—

“Wait!” She paused in mid-stride, her smirk quickly forming again. Smothering her smile, she changed her expression to one of apologetic sincerity. Hands clasped together, she turned to face him, watching as he jogged over. He stopped, only mere inches away from her.

“What’s your name?” he murmured.

Her candy having dissolved, Rowan chose to suck on her tongue instead for the lingering taste, then gave her upper lip a quick swipe. She watched his blue eyes flicker to her mouth as he followed her movements. She slowly exhaled, her breath filling his nostrils before finally answering.

He continued to watch her mouth, not saying a word. He sure was slow. Although aroused, which was easily seen by his dilated eyes, his quick, shallow breaths, the way he looked at her, he didn’t make a move. Rowan was sure if he had his way, they’d be staring at each other all night long.

That was so not happening.

Impatient, she pursed her lips, deciding to take things into her own hands. He was definitely not the pursuer. Taking a closer step to him, she brushed herself firmly against him, feeling his body stiffen. Slowly moving her mouth toward the shell of his right ear, she whispered something any guy would love to hear. Her devious smile locked in place, eyes glinting wickedly.


About the author:
A dreamer, Christina Channelle holds two degrees in health sciences but has always had a passion for writing. You will find her reading other young adult novels, or typing up a new story on her computer. When not writing, Christina spends her free time at the movies, listening to music, or eating sushi. She’s a reality TV junkie and has a close relationship with many characters on TV that have been a topic of many heated discussions among friends. She resides in Ontario, Canada.

I'm looking forward to reading this book. It looks awesome. Thanks and Happy Holidays :)

looking forward to it!

Thanks for the giveaway!
I live in Ontario too & I like sushi :D
Happy Holidays!

Thank you for the giveaway.

I look forward to reading your books. Thanks for the opportunity.

Thank you for the opportunity to win. Looks like they are very good books. :)