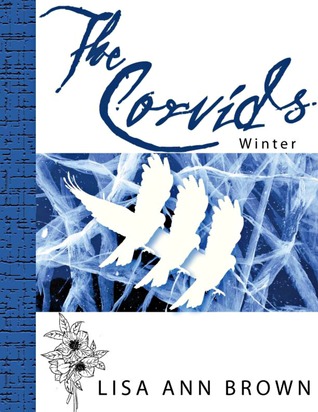 Francesca de Lorimar, the beautiful necromancer from Ravenswood Glen is called to Talus Hall to investigate a murder and exorcise the unruly poltergeists which nightly ravage the mansion. During her quest to unravel the truth, Francesca discovers scorching secrets about herself, her parents, and of power, as she stumbles headlong into first love and battles the ancient evil which stalks The Corvids.

Autumn, Winter… and it’s easy to presume the next titles. What is the significance of the volumes’ titles?
The series explores one year in The Corvids, through the eyes of four different young women, each within their own ‘season’, and all paranormally inclined.

Gypsies – people that have around them a mystic aura regardless where they live. From where it comes this fascination, myth about them?
I never intended to write about Gypsies, actually! They just ‘showed up’ in Autumn, and quickly became a focal point of the story. But yes, they definitely have an aura of mystique and magic about them! These are Gypsies that I have created, therefore any similarities that they bear to Gypsies in the ‘real world’ are coincidental.

Secrets, murders, magic, ancient mistakes and love… but the Goodreads readers say blunt: “Fantasy, Paranormal”. Can you, please, classify for us the Corvids series (with a bit of argumentation)? 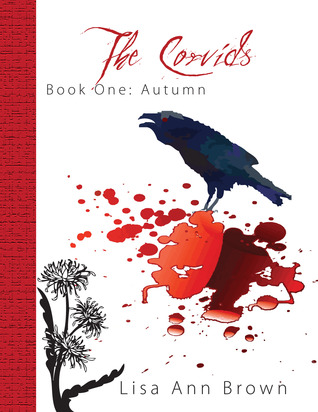 The Corvids series is a fantasy series because I’ve created my own world. It’s paranormal because it deals with magic, and therefore the invisible realm features prominently. It’s ultimately a murder mystery/coming of age tale, however, as each heroine in the series must deal with the ancient evil stalking The Corvids, while learning about her past/self-identification, and the experience and expression of first love.

There is a best proportion between suspense and romance in a Romantic Suspense novel and how this “parts” influences (or should influences) each other?
Romance & suspense go hand in hand in my books! Winter thrusts Francesca into a perilous environment where she must not only keep herself safe, but those she loves as well. Her ability to acknowledge her feelings comes into play as she searches for clues to reveal the murdered woman’s killer. The shadow of murder plays nicely against the light of love.

How the actor sees the writer’s work and how the writer saw actor’s performance?
Not entirely certain how to answer this question, but I will reference my past career as a talent agent! Actors derive their performance from a script. (Unless they are doing improv.) So actors see the script as the totality of what they must breathe life into. A writer watching an actor’s performance of their own work, is a completely different beast. I’ve yet to see my work upon the screen, so I will have to let you know how that feels at a later date, lol!

Francesca saw the body before she smelt the decay of death.

She knelt down beside the cold flesh and closed her eyes. Flashing images assaulted her senses immediately. She watched in dull horror as the spectacle of the poor girl’s death played out in glorious color, all of the abysmal details glaringly vivid. Horror closed over Francesca; a great fist of unrelenting enmity clasped her tightly.

The dead girl was young. Too young to die leaving a life unlived in her wake.

Hovering above the corpse, Francesca utilized her preternatural vision to discern several small intersecting red and grey lines - denoting possession - and she glanced around immediately to seek out the corresponding Dorojenja wheel of death. Francesca could feel the pull of the wheel’s malicious intent as it greedily trolled energetically for further souls to ensnare.

Xavier immediately pulled his mount to a stop in front of the gruesome display.

He jumped from his horse and knelt in the snow beside Francesca and the dead girl. His eyes closed, Xavier efficiently created a sacred circle of Gypsy magic and performed a counter-spell ritual to immobilize the curse, utilizing his athame. Zander quickly joined in with the work.

The throat of the girl had been slashed viciously. Multiple jagged lines had been cut gleefully across the expanse of her now cold, lifeless skin. Her innocent blood soaked the snow, glistening deep ruby red and dark, inky black.

A sacrificial victim, the young woman had been dressed in a long, heavy, brown hooded robe and she wore nothing underneath. The large cowled hood had been thrown back to reveal the torn throat of the victim and the harsh, angry slashes against her pale skin.

The dead girl did not appear to be much more of an age than Francesca and Francesca keenly felt a terrible sense of loss at her untimely demise. The sorrow permeated the most profound depths of Francesca’s gentle heart.

To have one’s physical life ended in such a vicious manner! And then to further suffer the cruelty of eternal possession to the forces of darkness and evil was a fate Francesca was certain no one deserved. She despised the forces who had stolen the girl’s life-force. No one deserved to die like this and most certainly not this young, innocent girl.

Francesca telepathically followed the trail of red and grey lines to the pulsating source. The wheel of death beat out a sharp series of harsh, staccato notes of displeasure, soiling the environment. Peering intently, Francesca determined that the Dorojenja wheel was indeed placed next to the roaring bonfire, and was hexed properly to ensnare the sacrificial victims to its torturous call. The wheel had been coated with invisibility rendering its presence impossible to detect through regular vision.

Francesca, with her advanced training and preternatural vision could barely see the shield. But she could feel it, and she knew what sordid stains decorated its face.

The intersecting lines and numbers. The headless dove. The blood.

Francesca attempted to block the noise from inside of her head as best as she could. The screams of the possessed filled her with their sobs, their unrelenting terror. The dead girl had joined a large number of souls, many more than Francesca had ever known to have been collected within a Dorojenja wheel of death. She felt the trapped energies pulling at her, desperately seeking a last audience, desperately seeking release from the torment.

Francesca sent the image of the wheel and its location to Xavier. He frowned as he addressed the group.

“We shall disperse the Sending & Seeking Spell immediately to source out Arabel’s presence. We’ll soon see if she is being held against her will by these Dorojenja members. Advancing upon their meeting under the cover of our current energy void - assisted by a severe Blocking Spell – we shall disperse in two’s to encircle the members of their party. Once we have ensnared them within our boundaries, Zander will unleash a hostile energy void, regressing the ages of the members to that of toddlers. We shall easily capture their party with an Immobilization Spell. ”

Xavier released the potion Daphne and Francesca had created.

The potion filled the air with a colorless, spinning vortex as the herbs swirled and danced excitedly in the frigid air. A line of magic assembled itself into a seeking circle of energy as the herbs took hold of the destination Xavier programmed them with. The herbs would thoroughly track and trace the Dorojenja and search out Arabel’s presence among them, if she was indeed held captive.

Francesca shivered involuntarily. The screams inside of her head from the dead girl had increased, both in intensity and volume. Inundated with misery, Francesca felt all of the victims – so many other young girls - pressing now, against her very temples, screaming and wailing and screeching. Francesca clasped her small hands to her ears, fighting once more to control the harsh, disturbed track of her inner audio. She sent golden waves of solace toward the ravaged and violated girl.

The screams continued, moaning from the depths of eternal torture.

Stella butted her head lovingly up against Francesca’s arm, letting her know telepathically that she was going to fly up to the top of the nearby forest branches where she could observe the Dorojenja without being noticed.

Zander was busy creating the hostile energy void filled with regressive properties while Xavier monitored the Sending and Seeking Spell fragments for clues. Francesca wrapped the psychic edges of the protective energy void Xavier had called into being closer around herself, much as she would enclose herself in a warm blanket. The wrath and pain of the wheel of death became suddenly muted and Francesca felt the energy void extending its reach farther out as the group broke down into pairs.

Without discussion, Francesca found herself coupled up with Simon.

Xavier and Zander had moved to the right of the bonfire and Bertrand and Lorenzo were circling around to the left. Which left herself and Simon. Francesca ventured a quick look at the golden curled young man and was comforted at once by the calm assurance she spied within his compassionate hazel eyes.

Simon took hold of Francesca’s hand briefly. She watched as colors of green and gold encircled her upon the contact. Francesca’s eyes closed of their own volition for a brief moment as the energy created between the two of them warmed her instantly. They moved in unison toward the roaring red flames of the bonfire and the amassed group clustered in celebration of dark lust and black magic. Francesca set her jaw firmly.

Saul Porchetto would pay for this latest desecration, she vowed to herself.


Goodreads ** Smashwords ** Amazon
About the author: 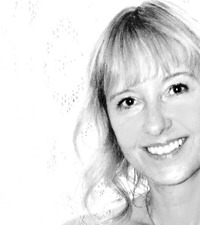 Lisa Ann has been involved with storytelling and entertainment, in one form or another, her entire life. Beginning her creative journey as both a writer and an actor, Lisa Ann spent many years immersing herself in innumerable books, countless theatre productions and earning a degree in Musical Theatre.

Shortly after college, she attended the Vancouver Film School to learn the finer points of screenwriting. This study culminated in the writing of a few feature length scripts and an overwhelmingly potent desire to move from Canada to Hollywood. Once ensconced in East Hollywood however, creative inspiration lured Lisa Ann away from screenwriting and returned her to her original writing intentions: to be a novelist. In three months, Lisa Ann had completed her first novel, I Raid, and there has been no cessation of her novel writing ever since.

Moving back to Canada, she spent many years working as a talent agent in Vancouver before retiring from the film industry to focus on writing full-time. Lisa Ann derives great personal satisfaction by delivering her characters through the twisting arcs and unexpected tribulations of their imaginary lives. She strives to keep her readers on edge while enjoying the suspense and surprise of their literary journey. She resides in picturesque Vancouver, BC, Canada where she is happily nestled in between the Pacific Ocean and the Coastal Mountain range.