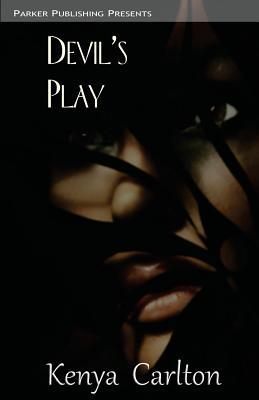 Snuggled within the warm embrace of marital bliss, biologically altered army Captain Drake Devilin and his supernatural bride Sienna face their biggest challenge to date. Called back for duty in World War II, Drake must leave his amazing life behind and join his troop to fight the Nazis. Although he’s certain his new mission is merely a rouse to obtain his most precious commodity, his wife, Drake leaves, but not before giving Sienna a magical necklace in the hope it will protect her against unknown enemies.

Lured from her prosperous island by a sorcerer who is convinced she was always meant to be his bride. Sienna is challenged to play three magical games to ensure her husband’s safe return. In each game, a limited time is given to Sienna to immerse herself into a new world, situation, and persona; find Drake; and have him acknowledge her by name. And she can’t use her powers to make it happen.

Everything dear to Sienna’s heart is put in jeopardy. Willing to fight for the love of her life and her happiness, Sienna takes on the sorcerer in his own game of cat and mouse.

I don’t do the damsel in distress. Even if my leading lady appears that way, she would never be helpless. At the most my leads may have a slip of clarity, a detrimental brain fart, or even a wee bit of a lapse in judgment. However, she will never be a complete idiot and the odds are before the story is done she will have saved the hero more than once.

I’ve written a blog about types of women we as readers run into time from time. The dippy idiot we don’t like her, and as an author I refuse to write her. What I haven’t blogged about is the bad ass chicky who knows she’s too edgy but has a hard time going soft. I’m not sure about these women either. These women are so strong and been through so much, do they really need a man to hold them down? They may meet their hearts desire in some kind of fight or combat, but does he want the ass kicking girl or the pixie flower that needs to be rescued?

I really enjoy paranormal. I used to be more of a horror female, but thanks to Buffy the Vampire Slayer, I’m flexible. What I usually read is the hardened female a little damage, and I must admit I like this girl done the right way. They don’t want love, not looking for love, then all of the sudden bam! A hottie comes out of nowhere.

The problem: If she falls in love with him, will she lose her edge? Or, and this is the best, can the heroine trust him enough to tell him what she really does late at night?

“Oh, honey, I have a secret and sadly it’s gonna make you wish I was a stripper.”

This is not exactly the Buffy guide to love. Remember, Buffy never wanted to kick vamps demon booty; she wanted to finish high school and be prom queen. This little lady didn’t have to work on the softer, sexier side of her personality; the need to be a normal girl in love was still there, soft as ever.

If a series gets me I have to read it to the end, but lately I’ve been very picky. There’s a popular huntress series that I can’t get into. The lead heroine was hard-headed and kinda of whiny about her plot in life. Her ability to hunt a vampire didn’t move me after a chapter or two, and I wanted something to kill her. To be completely honest, this author (hi, yeah me, Kenya) doesn’t have a solution to these ‘not so vulnerable but I wish I were sweeter’ assassin demon-hunting temptresses. Their back story often makes it impossible for them to trust. Sometimes the author writes a great guy that can break through that tough exterior and sometimes they don’t.

If you’re like me, gushy crap with no sincerity makes your eyes roll. Even fiction romance has to be believable. Maybe that’s why I’m so particular about my paranormal heroine. She can’t be too hard and can’t be too soft, just like that crazy porridge stealing goldie locks, my paranormal leading lady has to be just right to keep me coming back for her antics.

a Rafflecopter giveaway
Posted by CCAM at 11:05 AM