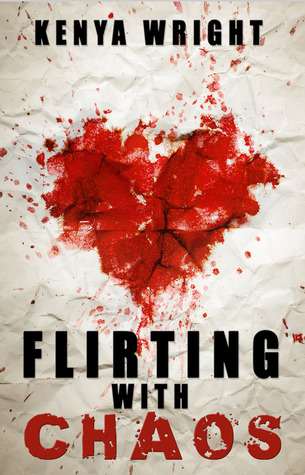 Can two mentally unstable best friends have sex and not drown in chaos?

Rain's been washing blood off her hands for far too long. After five years, she accepts the fact that she"s still a little crazy but feels as if she's finally gotten it all under control.

Parties, drugs, and sex flood Jude's life, and music and scandal run through his veins. He's the son of a rock god and grandson of a jazz legend. It's no surprise that his own star is on the rise, and with so many groupies vying for his attention, his childhood best friend Rain keeps him anchored in reality.

She's nothing like him--an art student with no idea of her own beauty, who would rather curl up with a sci-fi novel than party in the spotlight. Everything changes when she asks him for a unique favor: she wants him to take her virginity. He's more than willing to oblige, but things get complicated when his pervy father gets involved. Meanwhile, intense feelings rise to the surface, ones neither Rain nor Jude are prepared to deal with.

If their relationship has any chance for survival, she must finally confront the demons of her past, and he must face the addictions of the present. When the smoke clears, will they find that sex between best friends was a good idea, or will they discover they had been Flirting With Chaos the entire time?


GUEST POST
Is LOVE all we need in a romance novel?

I say no.
We need sensuality, and lots of it.

Sensuality- the enjoyment, expression, or pursuit of physical pleasure.
It doesn't matter what romance genre. Sensuality heightens a plot-line like no other element out there. It's what gets us fan girls turning the page! 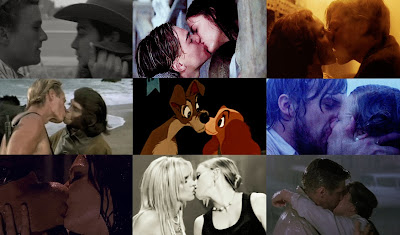 But writing sensual scenes are not as easy as it sounds.
Romance readers consume A LOT OF BOOKS!
The same old sorry set-ups with regular characters and predictable scenes just won't get the arousal juices flowing.

So authors are taking us out of our comfort zones.

NIGHT OWL: Matt and Hannah meet online as writing partners. Their relationship is safe, anonymous, and innocent...until Matt sees a picture of Hannah.


Authors are providing deeper stories that tear out readers' hearts as well as moisten their panties. (yes. I said it!)

MAKING FACES: It is the tale of one girl's love for a broken boy, and a wounded warrior's love for an unremarkable girl.


Sensuality comes from the odd and unique as well as the familiar.

SEX LOVE REPEAT: So we exist, two parallel relationships, each running their own course, with no need for intersection or conflict.


In my own contemporary romances, I've taken my time coming up with very unusual situations that are not only entertaining, but also thought provoking. I think it's because I spend all of my free time, myself, reading great books like the ones I mentioned.


It's now to the point where I can't read the simple paint-by-number romance novel anymore.


Teaser #1
Prologue
“Sometimes it’s okay to kill, if you’re saving someone else in the process, Rainbow.” Dad wiped my tears from my face with bloody hands. “Go ahead, sweetheart. Do it for Daddy. Pull the trigger.”
And I did.
Teaser #2
An intricate pattern of colorful tattoos decorated both of his arms. It was a mural of his life—stars that intertwined with musical notes; guitars interlocked into microphones; nude, big breasted angels riding hulky demons. Those arms and that face had adorned the covers of magazines for years. Now he represented a legend of rock history. To obtain his interview would mean lots of money and skilled maneuvering through his agent, publicist, bodyguards, entourage, and any of the other people that walled him away from society.

Teaser #3
Everyone jumped and swayed fast, pumped and wound their bodies around the dance floor. Jude and I continued rocking into each other. We were entangled into the moment—the song, the feel of our bodies, the heat radiating between us, our scents mingling together, and the mounting of an orgasm that sparked at my center and rose higher and higher, just yearning to detonate into sensual delight.

Kenya Wright always knew she would be famous since the ripe old age of six when she sang the Michael Jackson thriller song in her bathroom mirror. She has tried her hand at many things from enlisting in the Navy for six years as a Persian-Farsi linguist to being a nude model at an art university.


However, writing has been the only constant love in her life. Will she succeed? Of course.

For she has been coined The Urban Fantasy Queen, the Super Iconic Writer of this Age, The Lyrical Genius of Our Generation. Granted, these are all terms coined by her, within the private walls of her bathroom as she still sings the Michael Jackson thriller song.