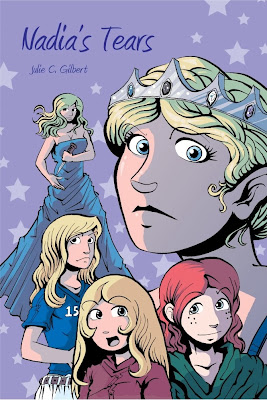 Jillian must enter Nadia's dreams to wake her from a mysterious coma. In Nadia's dreams, Jillian meets several versions of her sister, including the elegant Queen Elena, fierce Naidine, and heartbroken Nadie. Meanwhile, Danielle must save her friend Christy from making choices that could get them both killed.

Just as our nerves started to settle, an ear-piercing woman’s scream good enough to make straight hair curl tore through us. She started shouting in a foreign language. Christy and I scrambled off the bunk bed and stared at the wall we’d been leaning on. Heavy footsteps rushed past our door and muffled orders mingled with scuffling noises.

Before I could even raise the issue of how I would help, I found myself pounding on the door and shouting to be let out. It occurred to me to check the lock and I did so, feeling oddly relieved to know it was indeed locked. I’d have looked quite the fool standing there shouting to an unlocked door.

George finally whipped the door open. “What?” he grunted.

“Let me help her. I can calm her. I can speak Russian,” I said, all in a rush.
“You can?” George and Christy asked at the same time.
I can? I mentally fired the question at Nadia.
I can, and if you are willing, I can make it seem as if you can, Nadia confirmed.
“Yes,” I said, feeling light-headed.

George grabbed my left arm and hauled me into the hallway.

Once we reached the open doorway to the room next door, I spotted a dark-haired young woman struggling against Travis, Carlos, and two men I didn’t know. Travis’s bear hug had the girl’s arms pinned to her sides. The two new men held her legs still, and Carlos had his hand over her mouth, trying to contain her screams. Our presence surprised the girl enough for Travis and the others to wrestle her to her knees.

“Release her!” I shouted, shocking myself by repeating the order in crisp Russian.

Travis looked up in surprise and nearly lost his grip. He recovered a moment later, but I thought I saw a flash of amusement before he looked away.

“Get her to quit screaming first,” Carlos snapped.

I hadn’t noticed that the girl had renewed her verbal and physical struggles.

I can help once she is calmer, Nadia said, making it pretty obvious what I had to do.

“Calm down, save your strength,” I told the girl.

She twisted her head violently left and released a torrent of vicious speech that, loosely translated, meant, “Shut your face, stupid cow. I don’t need your help. I don’t want your help. These fools don’t know who they’re messing with. My father will kill every one of them.”

I provided the baffled men with a modified translation. 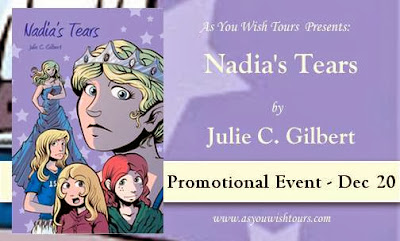 She likes teaching, writing, reading, sleeping, doing puzzles, and hanging out with friends. (Not necessarily in that order)

Writing has made her super picky about the things she reads but normally, her reading list includes something that fits under the thriller, mystery, science fiction, or fantasy.

Occasionally, she attempts short poetry. The poems turn into songs, which she sings with abandon when nobody's looking.

Sounds great!
Thank you for the giveaway! <3