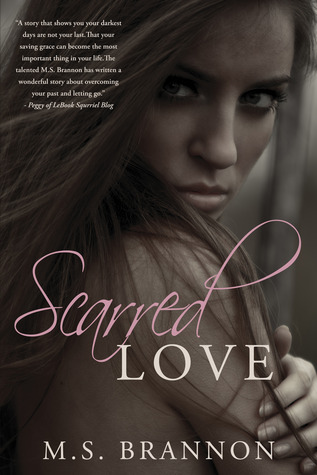 "I am certain, without any doubt, she was meant to be in my life. We belong to each other. I spent too much of my time consumed with what everyone else thinks of my feelings for Darcie, but the truth is, it was always supposed to be this way." ~Reggie Evans

Darcie Claiborne spent several years of her young life living with a monster, always fearing what he would do next. Clasping onto her last ounce of hope, Darcie releases a scream. It’s her final attempt to live; to survive the villain of her reality. Sweeping her up in his arms, Darcie’s knight in shining armor rescues her from the hell she’s been living; from the stepfather she's feared for all those years.

Reggie Evans has been forced to grow up before he’s ready when his mother dies of an overdose, leaving him responsible to raise his younger brothers. One fateful night, Reggie jogs by an old, run down house and discovers a young girl clinging to life as she screams for help.

Three years later, Darcie is healing and always protected by the man who saved her, but now she's fighting with something she isn't prepared to face. The growing love for the man who saved her life three years ago, the same man who’s nine years older. All the while, Reggie fights to protect Darcie from the demons of her past and new ones of her present.

I make my way from behind the bar and spot their table. Drake, Presley, Grady and Darcie are sitting around, laughing and sipping their drinks when I approach. She really looks happy with this douche; it makes my heart sink further. I release the frustrated breath I was holding and walk right up to their table.
“Hey, Reg, it’s fucking crazy in here tonight,” Drake says.
“Yeah, that’s why I’m here. You guys should leave. It’s way too packed and I can’t keep an eye on you and everyone else,” I say, looking straight at Darcie.
Grady instantly recognizes I’m addressing Darcie and stands to challenge me. “I don’t know who you think you are, but I can take care of her myself. Back the fuck off.”
“You’re in my Goddamn bar and if I want you to leave, then you’ll leave. So get the fuck out before I toss you out on your ass,” I seethe with anger. It’s been a month in the making and I’m ready to lay this fucker flat.
I ball up my fist and roll my head from side to side, loosening up my muscles. Grady moves around Darcie, getting dangerously close. He stands a few inches shorter than me and breathes his beer laced breath in my face. The corner of my mouth lifts slightly as I get this gratifying urge to punch the guy’s face.
Jake and Jeremy come from the pool tables to stand behind me. Jake is bouncing like he’s on a pogo stick. His excitement is impossible to contain because he knows I’m about to kill this dude. “I’ve been waiting for a fucking month for this to happen. Knock his bitch ass out, Reggie!”
Drake protectively moves Presley behind him, but places his hand on my shoulder. I jerk my arm forward. No one is going to stop me from destroying this douche bag. “Lay off, Drake. You aren’t stopping this.”Drake steps back and joins Jeremy and Jake a few feet behind me. They have witnessed my murderous rage before and know I am beyond the point of no return. I square my shoulders and roll them back. Clenching my fists open and closed, I glare down Grady, careful to never break our gaze. The bar turns deathly quiet as a crowd forms around us. Here we go. I’m ready to knock this useless piece of garbage on his ass. My feet turn as I ready myself to punch Grady in the face then I see her.
Darcie moves from behind Grady and stands beside him. “Reggie, please. Don’t do this. We’ll leave okay. Just…don’t do this.” Her face is pleading. The anger starts to slowly dissolve. Darcie has the uncanny ability to convince me of anything. The boys often take advantage of it because they know I can’t say no to anything she asks. I start to relax, settling my tense muscles. I can’t hurt her. Not again.
Jake shouts from behind me, “Darcie! He disrespected Reggie in his own bar and deserves to get his ass handed to him. I remember a day when you would be on our side. Now you’re a fucking traitor!”
“Fuck you, piss ant!” Grady shouts back to Jake.
This situation is spiraling out of control quickly. Darcie’s face falls as she looks like Jake slapped her across the face. “Jake! Shut up! Don’t say that to her!” I shout back to him.
Grady’s glare turns deadly when he steps within inches from my face. “You know…you’re really starting to piss me off. She’s not your girl! She’s mine!”
I’m ready to blow. She’s not his! She will never be his! Darcie is mine, forever! I clench my fists again and ready myself to destroy Grady once again when Darcie moves between us. Her hands are on my chest, pushing back against me. The smell of vanilla perfumes the air as Darcie wedges herself between Grady and me.


I break my gaze from Grady and meet her pleading, jade colored eyes. She’s my solace. When I look at Darcie, I find peace in a world filled with shit. I relax my fists and bring my hands to the side of her face, just like I’ve done so many times before, but this time, like the few times before, is different. This time, I want nothing more than to press my lips to hers. As we look into each other’s eyes, time stands still. Everyone else disappears. It’s just us. For a split second, she glances at my lips then back to my eyes. Her head nods slightly and before I can make my move to kiss her, Grady pushes against the back of Darcie and tries to cheap shot me in the jaw.
Book#2 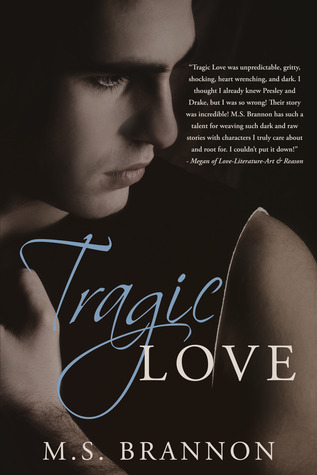 “From the moment I locked eyes with hers, we've had this undeniable connection that was and will always be wicked. A love that would literally kill me if it didn't survive, but lately, could kill me if it did.” ~Drake Evans.

For Drake and Presley, life has handed them more challenges than any one person should ever face in a lifetime. Together, they've survived Presley’s captivity from her deranged uncle, but now they must learn how to live with the events that surrounded her time spent with him, while keeping the details of her rescue a secret.

For Presley Quinn, living the last two years has been practically unbearable, constantly drowning in nightmares put there by a man responsible for the violent images continually playing in her mind. She keeps moving forward, but is barely clinging onto the edge when she’s faced with another obstacle from her past that is so unavoidable, so tragic, it threatens to break her apart—herself.

Drake will do anything to protect Presley from ever feeling pain again. His love is irrefutable. He walks side by side with her, vowing he will never let anyone harm her again. However, when an unexpected event turns Presley against everyone she’s ever loved, Drake is faced with trying to save the only woman he’s ever loved or severing the only lifeline she’s ever had—himself.

M.S. Brannon was born and raised in the Midwest. She still resides there today with her wonderful husband and son. When she is not writing or reading, M.S. Brannon spends time with her family, watching movies, and discovering new music. She writes romance because she believes love and heartache is the rawest emotion one can experience.

a Rafflecopter giveaway
Posted by CCAM at 12:00 PM