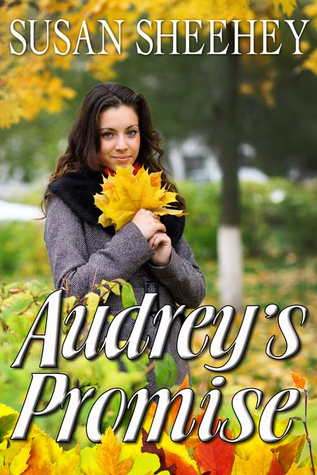 
Audrey Allen is poised to become the youngest Texas senator, a position that fits her nickname, The Peacemaker. But she's unable to make peace with many in her hometown, where memories and grudges run deep from a decade-old tragedy.
Ethan Tanner, an ambitious and tantalizing journalist, joins her at Thanksgiving for an in-depth look at the promising candidate. But he has an agenda of his own that's not entirely honorable.
Ethan could stir up trouble for her budding career, or awaken the deep passions she's buried for so long. Will Ethan find that he values love more than getting the story?

“I do not want to give an interview to the Dallas Morning Journal’s most ruthless investigative journalist, just so he can write one of his infamous exposés. He’s a glorified dirt digger.” With each word Audrey lowered her voice.

Though hidden in shadows, Audrey could see the figure smile, or more precisely the cheeks rise, in a mocking grin. He wasn’t tall, maybe an inch higher than her, but something about his air that screamed “dare me.”

“Shh. Peacemaker face,” Miranda whispered back just as they approached the dreaded figure.

Audrey took a deep breath, forcing her diplomatic smile once again and braced herself for another onslaught. Ethan finally pushed himself away from the wall and stepped out from the shadows.

Every impression Audrey had of male journalists consisted of pushy individuals in casual and baggy clothing, often appearing as if they had just rolled out of bed and grabbed their bags from a city dumpster.

Ethan’s wrinkled sports jacket and cargo pants certainly fit the stereotype, but everything else about this journalist shook her resolve.

Damn, it has to be illegal to have a smile that charming. The way it spread across his shaven jaw line and cheeks and up to the corners of his light gray eyes stunned her. The color matched his sports coat and glimmered under the studio lights as he reached out to shake hands. Strong hands, hmm. Smooth chin, wide shoulders, and short mahogany hair that curled at the ends. Now Audrey knew how he’d managed to dig up so much dirt in his career. He’d wooed it out of his sources with his slick style.

All his charm and momentum vanished the second he opened his mouth. “Audrey Allen, pleasure to meet you, but I only dig up dirt on the weekends. The rest of the time I just watch the stories unravel themselves.”

“And you just happen to be watching from a shaded corner every time?” Audrey pulled away from his soft hand, amazed by his strong grip. Its warmth countered his cold words.

“That’s what makes me good at my job. Speaking of which, I’d love to catch you in a corner...for a quick chat.” The glimmer in his eye was hard to miss.

Slippery and full of...something. A wannabe Casanova. Another check in the journalist stereotype. If Audrey wasn’t so occupied with trying to dislike him, she might feel sorry for him.

“I’m sure you would,” Audrey murmured, hiding a smirk.

“We’re interested to see how your columns for this runoff election will play out. What will you focus on for these pieces?” Miranda chucked her empty Starbucks cup in a nearby trashcan and flung her ponytail off her shoulder. Hard as nails when she needed to be, and Audrey needed it for this one.

“Well, I like more casual conversations. Fireside chats, so to speak.” He winked his long lashes at Audrey.

What was he searching for, an interview or a date?

“Do you plan on asking the same questions with Wyatt Williams? The same fireside chat?” Audrey let her smirk rise to the surface. The more this guy got on her nerves, the more she liked throwing a curve ball at him.

“I’m equally fair with all my interviews.”

“And equally brutal.” Audrey wanted it to sound like an insult, but why did this feel like flirting? She never bantered with media. What are you doing?

“I’ll be up front, Audrey.” Ethan pulled out a hand recorder. “What ghosts do you have in your closet?” The wink he threw at her didn’t disguise the seriousness of his intent, despite the playful tone.

“Skeletons are only scary. Ghosts from your past can truly haunt you.”

“Aren’t you a little old to believe in ghosts?” Audrey asked with an infectious smile.

“No. They make my job the most entertaining.” The light flashed in Ethan’s eyes and his grin became wicked. Audrey’s heart thudded against her sternum. It wasn’t fair to look that enticing.

“Sorry to burst your pubescent bubble, but Halloween is over.” Audrey smiled through Miranda’s chuckle. But she couldn’t take her eyes off Ethan, assessing his resilience. Would he push and badger just like every other journalist? Were his cojones as big as he flaunted?

Susan writes contemporary romance, romantic suspense and women's fiction. After spending six years in the corporate world, her true passion wouldn't let go and she's been writing ever since. She lives and laughs in Texas with her husband and son.

a Rafflecopter giveaway
Posted by CCAM at 2:30 PM

I would love to win the signed copy! I have the ebook and hope to get started reading over the holidays!
I love a good contemporary romance. I always feel better for having read them. Thanks so much for a chance to win this lovely story.

Laura,
Thanks so much for your support! Let me know how you like the book. Good luck on the drawing!
Susan Sheehey

I am always looking for new authors to read. You write the kinds of books I enjoy reading. I have added your name to my TBR list.
JWIsley(at)aol(dot)com

This book sounds awesome, I really want to read it :))

I absolutely love the cover!

So would love to win the copy.. sounds amazing.

Thank you for great giveaway

Thanks everyone for all your support! I hope you enjoy the book. Good luck on the drawing. Should have it drawn later today!

Thanks everyone for all your support! I hope you enjoy the book. Good luck on the drawing. Should have it drawn later today!