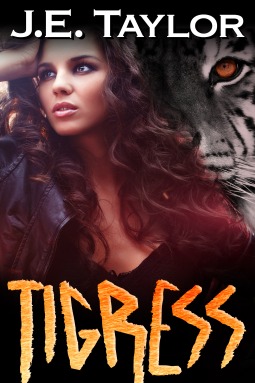 Naomi's immortality is nullified, making her vulnerable to the ones who consider her their conquest. If she wasn't already walking over the hot coals of misfortune she would be obsessed with the next ambush. The shadow vaccine is hell in a syringe, the antidote turning Naomi’s blood into a lethal elixir, rendering her toxic to all vampires, including Damian.

Archangel Michael reveals a long buried secret of her heritage and cautions Naomi against personally triggering the apocalypse. If Lucifer discovers just how unique she is, death at his hands will become her most appealing escape.

First, and foremost, thank you to Mythical Books for hosting this guest post on my Tigress tour stop and for providing an intriguing topic for me to address.

Creating an outstanding female character requires a unique balance between kick-ass and vulnerability. This is true of any character, really, because without the vulnerable side, you’ve got a hero no one can relate to who just hits everything head on with all the subtlety of a linebacker.

In Night Hawk and Tigress, Naomi is the more emotionally stable character of the two main characters and she barrels through things with the fearless recklessness of youth. She’s smart and once she commits, she goes all in.

Creating her was an absolute blast. I did not want her to play the victim, even though her circumstances put her in that role. I think she has a lot of the qualities most women would like to have, especially the ability to hit things head on, although her impulsiveness does present issues.

I also think any outstanding character has to be human, to make mistakes and have to live with the consequences of their actions. They don’t always make the smartest decisions and in fiction, they need to take risks that perhaps you and I would never dream of.

Any really great character learns from their mistakes and grows. Their base personality traits and idiosyncrasies are consistent, but their reactions to what’s thrown at them needs to adjust with time and experience.

Now a question for your audience...

Who is your favorite outstanding female character in fiction?

He stood on the snow covered peak, his dark hair flowing in the breeze with his face tilted toward the moon. Damian Andreas was one fine-looking man and I sighed at his eternal beauty. His posture stiffened and his eyes snapped open, scanning the landscape until they landed on me. The slow smile that spread over his lips sent a shiver up my spine ending with a rush of heat that warmed me to my very soul.

Damian dropped from the ledge, morphing into the form of a giant hawk; his wingspan blocked the moon as he circled, descending in a graceful arc until he was within a few feet of the ground. He dropped the last few inches in his human form, his intense gaze locked on mine.

“I thought you were reading,” he said when his hiking boots touched the snow.

“I was, but I thought the fresh air would do me some good.”

He pulled me into his arms and his cool lips brushed mine. His kisses still stunned me as much as they did when we first met. My bones turned to soft clay, melting into him, into his kiss.

The moment our lips separated, the playfulness in his eyes faded and his gaze rose from mine to the trees behind me. His features tensed and he straightened, his eyes narrowing into a glare that bit at my nerves.

“What are you doing here?” he asked in a voice I hardly recognized and I turned, taking in the feral blonde standing at the edge of the woods.

She approached and my pulse jumped at her red eyes and the set of razor teeth gleaming in the moonlight.

“I know your hiding places, Damian,” she said in a sensual purr that hung on the night air. “And so does he.”

Damian’s grasp tightened and he did a quick scan of the area before bringing his gaze back to the woman.

“Don’t worry your pretty little head over it, honey. I took care of his hunters a few days ago.” Her eyes dropped to mine and she licked her lips. “She smells wonderful.”

“The way my wife smells is of no interest to you,” he said, releasing his hold around my waist, taking my hand and stepping in front of me in a protective stance.

“Wife. Wow.” Her perfect brow arched as she renewed her study of me. “And you’re not going to introduce me?”

“Naomi, this is Lilith,” he said with a voice clipped with an underlying warning.

The name Lilith brought forth a wealth of religious information, but this couldn’t possibly be the same as the reference in the old testament. The first woman. The first demon.

I stared at her and she cocked her head, her lips spreading in a sly smile that was meant to chill.

“The story is so much more sordid than those old monks scribed,” she said flipping her hair over her shoulder and igniting my curiosity. “Isn’t that right, Damian?”

Damian squeezed my hand and sent a glance in my direction before sliding it back to Lilith. “What are you doing here?” he asked again, this time measuring each word, conveying his distaste.

“Lucy is back on the prowl and he is in one of the foulest moods this universe has ever seen.”

“What does that mean?” I asked.

“It means he’s hunting and hell bent on finding the two of you.”

“Let him come, this time I won’t stop until he’s dead,” I said and her sharp gaze met mine.

“Sweetheart, if Lucy finds you, you won’t have the strength to fight him.”

“Why the hell not?” I asked and tried to step to Damian’s side but he shot me a glare that froze my feet in place.

“Because he has the last dose of antidote.” Her gaze snapped from mine to Damian’s. “If he uses it on you, you’ll die like that,” she said and snapped her fingers. “But that’s not his intent. He plans on stealing her immortality, and her death will be slow and painful.”

Damian took a step backwards, forcing me to move. “You found a cure?”

“It took me a while, considering I created the damn virus, but I finally found the right mix. Unfortunately, for those of us who have lived longer than the normal human lifespan, the instantaneous aging process means death.” Lilith let out a laugh filled with sarcasm and bitterness and her gaze landed on me. “But for you, my dear, it will strip you of your strength and make you immune to the virus for the rest of your mortal life.”

Damian didn’t respond, but his eyes narrowed and his grip on my hand tightened.

The information took a moment to sink in and I blinked at the sudden flurry of questions flooding my mind. “What do you mean by immune?” I asked, a little surprised at the question that actually popped out of my mouth.

“It means no superior strength or speed and your ability to heal would revert back to the normal human timeframes.” Her gaze flipped back to Damian’s. “And it means she’s toxic to any vampire.” A slow sadistic smile crossed her lips.

The gaze Damian sent my way reflected a level of trepidation I hadn’t seen in years.

Lilith’s laugh pulled my attention back to her.

“Baby, no one dances with the devil and lives to tell about it,” she said and slid her gaze to Damian’s. “Isn’t that right, Damian?”

Selling your soul has never been so charming and Mark throws in a little something to sweeten the pot, his girlfriend Naomi.

Sentenced to death at the hands of a demon, Naomi Hawk has a firsthand lesson in despair and betrayal in Mark’s deal for fame with all the trimmings. Deep in the clutches of the underground brotherhood, Naomi's light is coveted for the Master's gain.

When she slips and falls eighty stories from a precarious ledge, Naomi resigns herself to the inevitable impact and death by shattered bones.

Before she can escape her demons in eternal slumber, something sinister plucks her from the plummet, stealing her out of the night to sacrifice her forever to the shadows. 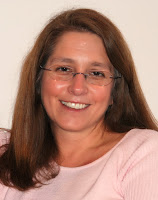 J.E. Taylor is a writer, a publisher, an editor, a manuscript formatter, a mother, a wife and a business analyst, not necessarily in that order. She first sat down to seriously write in February of 2007 after her daughter asked:

“Mom, if you could do anything, what would you do?”

From that moment on, she hasn’t looked back and now her writing resume includes a more than a dozen published novels along with several short stories on the virtual shelves including a few within eXcessica anthologies.

In addition to being co-owner of Novel Concept Publishing (www.novelconceptpublishing), Ms. Taylor also moonlights as a Senior Editor of Allegory (www.allegoryezine.com), an online venue for Science Fiction, Fantasy and Horror. She has been known to edit a book or two and also offers her services judging writing contests for various RWA chapters.

She lives in Connecticut with her husband and two children and during the summer months enjoys her weekends on the shore in southern Maine.