He is every woman’s fantasy…

Corbin Blue is a man of many talents. One of the most powerful otherworlders ever born, he is wealthy, a professional football star, and a legend in the bedroom. But only a select few know he is also a black ops agent…and there is no better killer. When he and his crew are attacked and separated, he’s forced to turn to his boss’s daughter for help—a woman with even more secrets than Blue.

She becomes his only obsession…

Evangaline Black has always been wary, guarded. No man has ever breeched her walls. Until Blue. He has never been denied something he wants, and now, he’s decided he wants her. As he sweeps her into his double life of seduction, intrigue, and danger, he helps her see beyond the darkness of her own past. But as an enemy closes in, Blue will have to let Evie go to keep her safe—even though he'd rather die than live without her…
Book#1 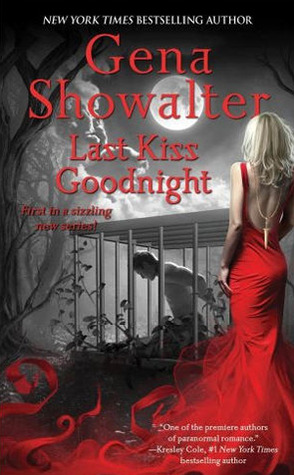 Black ops agent Solomon Judah awakens caged and bound in a twisted zoo where otherworlders are the main attraction. Vika Lukas, the owner’s daughter, is tasked with Solo’s care and feeding. The monster inside him yearns to kill her on sight, even though she holds the key to his escape. But the human side of him realizes the beautiful deaf girl is more than she seems—she’s his.

Vika endures the captives’ taunts and loathing, hoping to keep them alive even if she can’t free them. Only, Solo is different—he protects her. But as hostility turns to forbidden romance, his feelings for her will be used against him…and he’ll be put to a killer test.

Gena Showalter is the New York Times and USA Today best-selling author of the White Rabbit Chronicles, Otherworld Assassins, Angels of the Dark, Lords of the Underworld, and several of other series. She has written over thirty novels and novellas. Her books have appeared in Cosmopolitan and Seventeen magazine, and have been translated in multiple languages.

Thank you for joining in Gena Showalter's BLACK AND BLUE Trick or Treat Halloween Hop!
The instructions and rules are easy!

2) There is ONE MANDATORY blog PER DAY. In order to enter the giveaway, you must visit the mandatory blog of the day. You will receive 10 points for each mandatory blog entry.

3) Once you visit the mandatory blog of the day, you then have the choice of gaining extra points by visiting the "Optional" blogs for that day. You will get an extra 5 points for each optional blog you visit. Once you visit each blog, write down the candy you found at each blog and be sure to enter it Rafflecopter widget to get your points.

Good luck!
a Rafflecopter giveaway
Posted by CCAM at 11:30 AM