Excerpt The Ghosts of Rue Dumaine by Alexandrea Weis 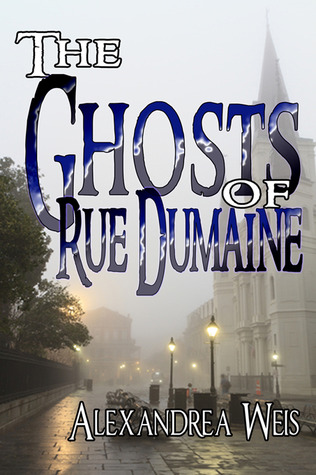 
Ready to get her life back on track after ending a painful marriage, Danica Giles returns to the Creole cottage where she grew up in the New Orleans French Quarter. Danica is anxious to rekindle her friendship with a former resident from her old neighborhood, the seductive Gaston Deslonde. But Gaston isn’t exactly a normal guy. The charming man has been dead for over a hundred and fifty years, and the childish crush Danica once had on her ghostly playmate quickly turns into something much deeper. When a handsome new man enters Danica’s life, Gaston vows to do whatever he can to hold on to her. Danica soon discovers that the most forbidden of all desires cannot be satisfied without paying a grave price. Love can blur the lines between life and death when you are living among the ghosts of Rue Dumaine

Any adventure into the Big Easy often makes people think of ghosts, voodoo, vampires, and all other things that go bump in the night. But to understand the paranormal behind the stucco-covered walls of the French Quarter, you have to first look at the bohemian collection of inhabitants in this city below the level of the sea. For New Orleans is not so much about its reputation, but its people. They are the real magic makers. These are a people rooted in their past, and they have a deep respect for all those who have struggled to keep their city going despite, hurricanes, epidemics, wars, and oodles of controversy. Maybe it is because of that sordid history that so much of the city is shrouded in mystery. After all, it is a very old town steeped in a culture of violence, and such places tend to incubate legendary tales by the truckload. But without the wholehearted embrace of its people, the legends would not carry on. New Orleaninas are very proud of their past; the good and the bad. They enthusiastically tell stories to all who will listen. It is one of the few places where tradition is sacred, culture is king, and holding on to what was, is sometimes more important than grasping for what will be. In some ways, New Orleanians are backward in their viewpoint, but their unprogressive ways are part of their charm. New Orleans is one of the few places on earth where its people are as romantic as the Creole cottages and swirling wrought iron balconies of its trademark architecture. For this city is a masterful blend of people and their buildings. Without that magic, there would be no ghosts or ghouls. Sometimes you love a place so much that you to want to stay in it forever. Maybe that is why the ghosts never leave, and the vampires always return to the one town where they were always happy. “Do you know what it means to miss New Orleans?” I think any ghost or city resident lurking around the French Quarter will be happy to answer that question. All you have to do is ask.

ut a hefty respect for the past, your future is a mcuh

Danica leaned against the doorframe and reflected on the various stages of childhood and adolescence she had gone through while occupying this room. The rainbow-painted walls her mother had painstakingly decorated for her had been replaced with posters of boy bands and television heartthrobs until her mother had died. After the funeral, Danica had come home and removed all the posters in a fit of rage, wanting to be surrounded once more by her mother’s rainbows. The last year she had spent in this room, she had felt comforted by those rainbows, as if her mother’s love had been forever sealed beneath the paintbrush strokes on her walls.

"I missed this old place," she whispered.

A sudden rush of cold air moving down the hallway caused Danica to turn away from the bedroom door and peer into the darkness behind her. She took a few steps further down the hall until the aroma of cigar smoke mixed with a hint of brandy wafted in the air around her. Danica remembered that smell. It had always filled her bedroom whenever the dark man would appear.

"Is it you?" she softly called into the hallway. "It’s me, Danica. I’ve come back. Just like I said I would."

Danica walked briskly past the entrance to the master bath to the final door at the end of the hall. Without hesitation, she pushed the cypress door open and walked inside the master bedroom. The light from the large picture window overlooking the courtyard shone into the room, accentuating the deep burgundy color of the carpet beneath her feet. She stepped into the center of the room and observed the ceiling fan above. Danica waited, straining with every breath to hear the slightest stirring.

"Welcome home," a man’s wispy voice resonated around her.

A hopeful smile curled the edges of Danica’s heart-shaped mouth. "Thank you, Gaston. It’s good to be home."

A few minutes later, Danica returned to the living room, where she found Pat scrolling through messages on her cell phone.

"Let’s sign the papers," Danica happily announced. "I want to get moved in as soon as possible."

Pat gave her a wary going-over with her brown eyes. "You positive about this, Danica? I need to make sure you’re aware that other tenants have had problems—"

"It’s fine, Pat. I know you said the place is haunted and people have had some bad experiences, but this…." Danica waved to the room around her. "Just feels right."

Pat gave a skeptical shrug. "I have the papers ready back at the office. The rent is eight hundred and fifty a month. Mr. Caruso wanted me to charge you the same rate he charged your father. He insisted I make this as appealing to you as possible. You must have made quite an impression on the old man when you were a kid. He never cuts anyone a deal."

Pat replaced her cell phone in her front jacket pocket. "Let’s turn off all of these lights and head back to the office."

Suddenly, from the shuttered window beside them, three loud knocks reverberated across the room.

Pat grabbed at her chest. "Jesus! What in the hell was that?"

Danica smirked as she watched the color drain from Pat’s perfectly made-up face. "Just someone outside on the street banging on the wall…happened a lot when I was a kid. Drunk tourists would often bang on the shutters at all hours."

Pat regained her composure. "Of course, you’re right. I didn’t think of that."

Danica motioned to the pocket doors leading to the kitchen. "Let’s get you out of here, Pat, before you have a heart attack."

"Gladly," Pat offered and rushed to the doors. "I never liked this place. I just hope you know what you’re doing, Danica."

"I know," Danica asserted with a grin. "I’ve always known." 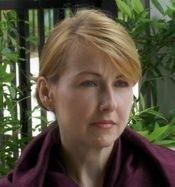 Alexandrea Weis is an advanced practice registered nurse who was born and raised in New Orleans. Her first novel, To My Senses, introduced readers to the world of Nicci Beauvoir and garnered numerous awards and rave reviews.

A permitted wildlife rehabber with the Louisiana Wildlife and Fisheries, Weis rescues orphaned and injured wildlife. She lives with her husband and pets in New Orleans.

I just finished this book, and I absolutely LOVED it! It is full of rich descriptions and colorful New Orleans flavor. I gave it 5 stars...hope you will too!