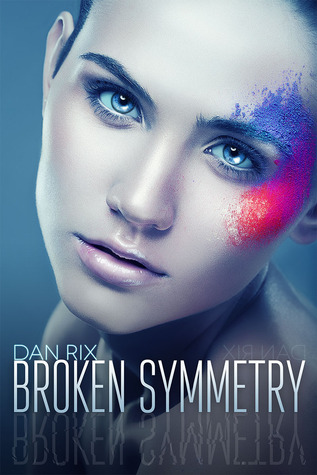 Eleven months after the father of sixteen-year-old Blaire Adams vanished without a trace, he's found wandering outside The Scripps Research Institute vomiting blood and speaking gibberish, his sole possession a worn leather diary filled with an unrecognizable language. He has a message for her.

As he dies in her arms, he claims he never vanished. She vanished.

In a nearby military quarantine zone, scientists are being called in from around the world to sequence a previously unknown strain of DNA. Scientists…and soldiers.

When her father’s autopsy reveals a rare chromosomal disorder—a disorder, it turns out, she inherited—Blaire begins to suspect her father’s last words weren’t induced by amnesia. Like her dad, she has an additional set of instructions in her genes—instructions for what, doctors can’t say. Only one thing is certain: it’s what killed him…and it will kill her too.

But now she’s haunted by prophetic nightmares of the Yellowjacket—a young murderer, eyes the black of charcoal, who lures his victims to suicide without ever paying them a visit. The only clue she has to his handiwork is a lingering feeling of déjà vu. That, and the nagging suspicion that all she knows is a mirage. She is certain of two things—though it may mean confiding in the wrong side of good and evil, he has the answers she needs.

And he is recruiting her.

GUEST POST
Plot and atmosphere in Sci-Fi Thrillers
MB's topic
What’s the difference between a thriller and science fiction? A thriller makes you believe the plot could happen—even will happen—while science fiction doesn't even try. Think Jurassic Park, by Michael Crichton. It’s a thriller, not science fiction, because as you’re reading the book you’re thinking to yourself, “Uh-oh, those genetic engineering firms are probably cloning dinosaurs this very minute.” And you’re scared, which is why thrillers top bestseller lists while straight science fiction seldom does.

So how do authors convince readers a plot could happen, specifically in a sci-fi thriller, when dealing with a premise that’s inherently unbelievable? For me, it’s all about creating an atmosphere of credibility.

When science is involved, I sandwich the fiction stuff between proven stuff. In Broken Symmetry, people with an extra chromosome can walk through mirrors. In explaining how it’s scientifically possible, one of the characters leads in with a bit aboutbreaking symmetry, a real concept in physics. Hopefully, the reader is so focused on the real science they don’t notice I’ve added a bit of my own.

I also like to be concrete to a fault. Vivid details, especially accurate details about a real setting, make readers believe the story more. For example, which one of these statements do you believe more? This one: In an underground lab, scientists discovered a new kind of energy field that permeates all of space. Or this one: On March 14, 2013, the European Organization for Nuclear Research (CERN) detected a theorized subatomic particle, the Higgs Boson, using the Large Hadron Collider in Switzerland (true, by the way). If you’re like me, you believe the second one more because it seems too concrete to be made up.

Perhaps most importantly, I try to keep my characters level headed. I figure they shouldn't act too surprised when weird stuff happens, since if it’s not weird to them, it won’t be weird to readers. If you think about it, when you encounter something you can’t explain, you immediately come up with a logical justification. If your keys aren't on your dresser where you can swear you left them, then you assume they fell behind the dresser or someone moved them. You don’t jump to the conclusion that they evaporated into thin air or an alien took them. I think characters should operate with the same skepticism. Read the first seventy pages of Jurassic Park and see how characters justify away clue after clue after clue until what’s happening is so obvious it’s—literally—right in front of them about to bite their heads off. Now that’s thrilling.

"We made it!” I grinned and looked over at Damian, only to find his face grimmer than ever.

Behind him, the high cliffs stepped down, revealing a grove of densely packed eucalyptus. “You mean the destroyer?” I said, confused.

“Why?” My eyes flicked to the warship, its black hulk blotting out the horizon. “They’re all asleep—” A bright flash near the front of the ship surprised me. “Flash!”

Damian slammed on the brakes, and once again, I was thrown forward and bent around the glove compartment. We lurched sideways.

In slow motion, an entire sandbank beyond the Mustang’s hood swelled from the earth, sand and rocks levitating, and burst into a fireball. The windows shattered. So did my eardrums.

Damian—somehow still in control of the vehicle—didn’t wait for the debris to stop raining. He jammed the stick into gear and gunned the engine, plunging right through the still rising fireball. Flames enveloped the car, swirled inside and burned my hair, singed my skin. We caught air, my stomach rising into my throat, and then the hood plowed into the sand on the other side. The Mustang climbed up the rocks, tires skidding, and darted between the tree trunks.

“We’re fine,” he yelled. “That was just a five inch round. We can hide in the woods.”

The destroyer’s gun flashed again, and I screamed loud enough to tear out my vocal chords.

Damian dragged the wheel to the right, and my rib cage crunched against the door frame.

I didn’t have time. The forest to our left, just where we had been a second ago, lifted on a bed of fire. The trees shook like rubber dolls, then sprawled flat, as if a rug had been tugged out from underneath them. The blast rippled across my skin, and the shockwave sent our car careening sideways. We tipped up on two wheels, then fell back, landing with a groan of metal. I touched my cheeks. Thank God . . . my face was still there.

I glanced behind me, and caught glimpses of the destroyer between the trees. As I watched, a dozen blinding streaks rose from the ship, burning arcs into the sky and lighting the entire Pacific . . . really? They were launching fireworks?

But what I saw next froze my heart. One by one, the blazing streaks curved inwards, like claws, each one aligning its trajectory with our car. Not fireworks, moron.

Dan Rix majored in Architecture at UC Berkeley and considers himself lucky to have graduated during one of the worst housing market crashes of the century. "It made writing an easy choice," he says.

Author's Giveaway:
a Rafflecopter giveaway
Posted by CCAM at 11:00 AM

A wonderful cover with a beautiful girl !

Dan Rix has some incredible covers and both his books look absolutely tasty. Thank you for sharing this with us today, I can't wait to find out what happens to Blaire and what is going on.

Thank you so much for the giveaway. The blurb looks interesting and it has a pretty cover.