Some stories are epic. - The Stark Divide (Liminal Sky #1) by J. Scott Coatsworth

"There is so much in here that hits all my personal hot spots: World-building that slowly unfolds without a ton of expository text; flawed but likable characters; both subtle and overt references to favorite speculative fiction; action that’s low on both sex and violence; social themes; and a what-will-happen-next plot." - AM Leibowitz, Goodreads 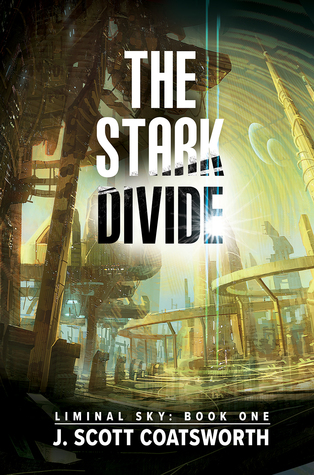 Some stories are epic.

The Earth is in a state of collapse, with wars breaking out over resources and an environment pushed to the edge by human greed.

Three living generation ships have been built with a combination of genetic mastery, artificial intelligence, technology, and raw materials harvested from the asteroid belt. This is the story of one of them—43 Ariadne, or Forever, as her inhabitants call her—a living world that carries the remaining hopes of humanity, and the three generations of scientists, engineers, and explorers working to colonize her.

From her humble beginnings as a seedling saved from disaster to the start of her journey across the void of space toward a new home for the human race, The Stark Divide tells the tales of the world, the people who made her, and the few who will become something altogether beyond human.

Humankind has just taken its first step toward the stars.

What other artistic pursuits (if any) do you indulge in apart from writing?
Does learning a language count? My husband and I have been studying la bella lingua since 2008, and we’ve been to Italy a couple times. I love speaking with Italians, even if I’m not perfect at it. I’ve also used it in a couple of my stories. :)

What do you do if you get a brilliant idea at a bad time?
Thank God for iPhones. Mine is almost always at hand, and so I pull it out and send myself an email. Which works most of the time. But sometimes the ideas come in the middle of the night. So I keep a journal at my bedside, and jot them down or they will keep me up all night. Now I just need to find a pen with a flashlight on the end. * grin *

How does the world end?
Hmmm… I just ended it in a ball of fire. But I’ve also ended it in a flood of water. In the end, unless it’s because of an asteroid falling from the sky, I suspect it will be a death by a thousand cuts. * sigh * In the meantime, we make the best with what we have and try and make the changes we can.

Why did you choose to write in your particular field or genre? If you write more than one, how do you balance them?
I’ve always loved sci fi and fantasy, ever since my mom got me started on Lord of the Rings and then her entire speculative fiction library – Pern, the Foundation, Rama – and I was hooked. A lot of my books fall into one of those two genres, but I’ve also recently branched out into magical realism – contemporary stories with just a touch of magic. I enjoy bouncing back and forth between the two.

What are you working on now, and when can we expect it?
I’m about two thirds of the way through “The Rising Tide,” the second book in the Liminal Sky series – there are underground cities and artificial intelligence and a generation ship and kids with exceptional abilities and… well, I don’t wanna spoil things. :)

About the author:
Scott spends his time between the here and now and the what could be. Enticed into fantasy and sci fi by his mom at the tender age of nine, he devoured her Science Fiction Book Club library. But as he grew up, he wondered where all the people like him were in the books he was reading.

He decided that it was time to create the kinds of stories he couldn’t find at his local bookstore. If there weren’t gay characters in his favorite genres, he would remake them to his own ends.

His friends say Scott’s mind works a little differently – he sees relationships between things that others miss, and gets more done in a day than most folks manage in a week. He loves to transform traditional sci fi, fantasy, and contemporary worlds into something unexpected.

Starting in 2014, Scott has published more than 15 works, including two novels and a number of novellas and short stories.

He runs both Queer Sci Fi and QueeRomance Ink with his husband Mark, sites that bring queer people together to promote and celebrate fiction that reflects their own lives. 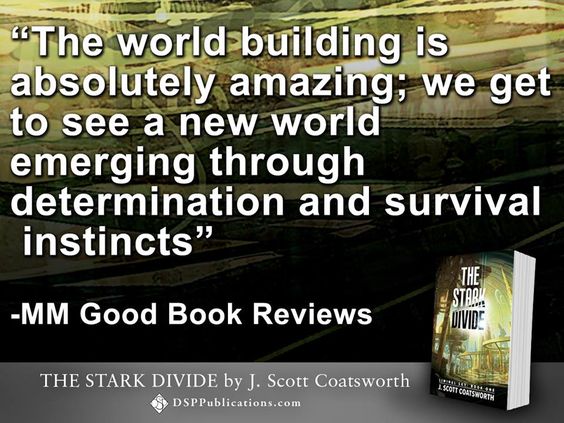