A woman who knows what she wants - Single Rider (Single Like Kenzie, #1) by Skye Leah Collett

18++ "This story honestly made me cry, it made me laugh, it made me cry some more, I mean there was even a point that there were the big ugly crying because of the story. As you know I am not a huge reader of chick lit, I like the fangs and fur and glitter and all that jazz, but for a book going out of my comfort zone, I really liked it." - Andretta, Goodreads 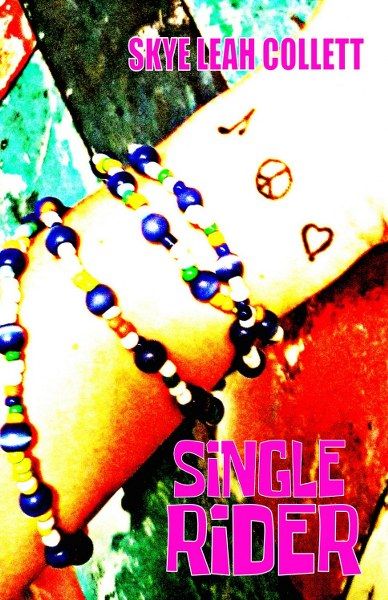 This is a story about a woman named Kenzie.
A woman who knows what she wants and likes things just the way they are, thank you very much.

This is also a story about a man named Max. Max can be a real pain in the ass.

And finally, this is a story about Dash, ex-husband extraordinaire, who likes to get down to the Scissor Sisters and parties a little too much.

And Katie, the best friend who parties far too much and can expertly defend herself against sexual harassment accusations.

And Claudia, sister, mother and head of the school parent’s association, long time tea drinker. The chalk to Kenzie’s cheese.

And Michael, the one that got away.

I do not know how my first ever editor agreed to take on my work. I do comments and memos all over my documents and margins with notes and ramblings. When I’m writing I usually have various documents on my computer, a huge whiteboard that has so much shorthand it's impossible to read and at least three notebooks that I have hastily scribbled ideas and thoughts in at random times and post it notes…..sooooo many post it notes!!!! My friends are forever leaving my house with little scraps of post its stuck to their shoes or on their clothes with stuff like … ‘change chapter two, not feeling it’.... ‘Does Britta cry too much in an annoying way?’ “Are you ok with Michael's character description - revisit” ha ha ha ha

Can you tell us a little bit about the characters in Britta, from a small town?
Ok so Britta, or Brits as she is referred to is really close to her sketchy brother who partakes in a lot of illegal activities that she tries to term a blind eye to. Unfortunately when a young woman is murdered in her backyard and her brother is accused of killing her she has to dig deep into his life to help find the real killer. Shes also nine months pregnant and nobody knows who the father is and her ex high school sweetheart is the lead detective on the case. Things are very complicated for poor Brits! Ha ha ha

Do the characters all come to you at the same time or do some of them come to you as you write?
Both, usually I have a general idea on the main cast, but then depending on which way the story turns I may need to add or remove characters to make it all come together. Like The Hand Me Down which is book three that I’ve loosely plotted and written a few chapters for has all the character descriptions in reasonable detail, a least the main ones, but they will change as the story changes. Generally not the starring role who is Olivia Pennwright, but I never really know till the chapters start to flow.

What kind of research do you do before you begin writing a book?
Usually none at first until I come across topics I know nothing about and I try my best, I think accuracy and consistency are really important in a story and these are the things I probably lose sleep over the most, and that's because I know I probably have gaps a lot of the time…. But meh this is definitely not my strength, so hopefully I will get better.

How did you come up with the title of your first novel?
A friend helped me with it, I toyed with the idea of Single Rider for a while wondering if it was too much of a cliche but everyone told me I was wrong so that's how it stuck. It comes from a running joke between me and my friends it we are ever stuck on our own unwillingly…. “Ahhh we’ve got a Single Rider here folks, a single rider”

Who designed your book covers?
The images are ones I’ve taken or for Britta my son actually took the photo when we were visiting a friend who lives in a rural area…. The wonderful people at Mcgrath House helped me format then and knock them all together properly. In addition to putting together the anthology of short stories that was just released with me as a contributing author they also provide support services and advice to Indie Authors…. I cannot put into words how much they have supported and helped me on this self-publishing journey.

Do you see writing as a career?
Well at the moment I consider myself an unemployed writer, so yeah I see it as a career, ha ha ha. I think no matter what changes for me in terms of career decisions, I’ll also be writing on the sidelines, it just may take me longer to churn books out when I can’t fully dedicate all my time to them. In saying that because I don't work at the moment I really should be smashing out a book every couple of months, that hasn’t happened, cause I like socialising too much, and binge watching tv programs like Outlander and Broad City!

If you had to do it all over again, would you change anything in your latest book?
Not a thing. I struggle with the confidence to truly believe it is a book worthy of people genuinely wanting to read it and enjoy it, but I do love the story and the characters with all my heart like they are real people and in the end I guess that's really the most important thing.

Did you learn anything during the writing of your recent book?
That I‘m a pain in the ass 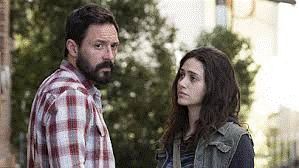 If your book was made into a film, who would you like to play the lead?
Ooooo my friends and I talk about this all the time, it's hard to pick a character for Kenzie cause she's quite young but I envision her as a younger Reese Witherspoon or a blonde Rachel McAdams, but that's cause I love them both as actors. Max on the other hand I know exactly which actor I’d cast …. Steve Kazee from Shameless, Fiona's boyfriend, turned husband in some of the earlier seasons. Max is probably a little heavier than him though with a bit longer hair and a bushier bead… but omg Steve is as dreamy as Max is to me. Here's a picture just in case you don’t know who he is….

Anything specific you want to tell your readers?
Don’t hesitate to drop me a message or an email, to tell me what you thought of Single Rider, even if you hate it… I absolutely love hearing from readers!! I’ve had the best discussions with readers lately about their interpretation of the books and the characters intentions etc… I just love hearing other people's perspectives on the characters motivations… LOVE IT!

What do you think about the current publishing market?
I think I’m so lucky to be publishing in this market at this time. Self publishing is so accessible and having your book available for readers and being able to connect to them directly and easily and see your book in print are the biggest motivators. I would love to get a publisher someday though… for my own experience and also to hear a professional opinion on my writing and concepts, not that I’d necessarily agree, but everything is a valued learning experience to me, even bad reviews or rejection letters.

Do you have a favorite movie?
I have sooooooo many. Overboard with Goldie Hawn and Kurt Russell, Dirty Dancing of course, “Nobody puts baby in a corner”, About Time with Rachel McAdams, I love love love her…...

Which of your novels can you imagine made into a movie?
Single Rider and Britta from a small town I would love to see them both on the big or small screen.

About the author:
First time author of Single Rider Skye Leah Collett, refuses to concede that her debut novel is in any way Autobiographical.

Her ex-husband doesn't buy it.

He won’t shut up about the similarities between himself and the vibrantly likeable supporting character Dash. Unrelenting in his conviction that the imagined fellows resemblance is as unsubtle as the nose on his handsome face, he’s adamantly staked a claim in sharing any perceived future celebrity entitlements. He is also one of this author's biggest fans.

Sydney born but a devoted Brisbane girl for almost three decades, Skye’s stories centre on the lives and relationships of individuals living in modern suburban Australia. Their friendships, their increasingly overbearing families and of course their lovers.

Her father's dedication to waffling, unapologetically long winded stories is a treasured family trait passed on through generations and Skye’s rich, colourful characters are painstakingly crafted to become people you wished you knew and become reluctant to farewell.

Skye spends an unseemly indulgent amount of time pinching herself as a reminder that she is indeed awake and very much a person who finished writing a novel.

She’d adore hearing from anyone who feels inclined to make the effort or just wants to say hey.
Skye Leah Collett can be reached anytime via her many varied social media locations!

I was wondering what the author is working on next.

I was wondering what the author's writing process/routine is like?

Who is your favorite author?

What made you want to become an author?

Do you ever get writer's block, if you do, what do you do to overcome it?

What do you think of them remaking Overboard? Also one of my favorite movies!

Do you write several genres or focus on one?

How long did you submit your work before you received news you were going to be published?

What are some of your favorite books you could recommend?