The Rain brothers fight for the survival of humanity in Last Chance, the thrilling sequel to New York Times bestselling author Gregg Hurwitz's YA debut, The Rains. OK, Keep Reviewing and carry on!
No.2 on today, from total freakiness to total annihilation.

For this event I had to review only the second volume, Last Chance, but in order to have a complete idea, I read the first volume too, The Rains. The books are part of The Rains Brothers series by Gregg Hurwitz and I think it’s proper for you to read both of them. Howbeit, it seems normal to me to read the volumes in order without skipping a volume; the series has only these two volumes and the effort will not be too big.

Apocalypse... I realize that some of you now may start to roll your eyes, but don’t jump to conclusions. Perhaps you have been bombarded too often with more doubtful works, but I tell you that this time you don’t need to worry. Anyway, the main topics of the literature after some treaties are not more than 7, after other a few more or a few less. From whatever point we would look at this issue, we don’t have a clear way out. It's like we would say not to write or read love stories anymore. Do you think this could be possible? The same thing happens with the idea of the end of the world and the one of the Creation that come from the earliest moments of human existence. Do not worry, I will not talk to you here about cosmogony or eschatology, I just wanted to give you an example. Back then, the Man wrestles with the Gods or his fellow men. Now, as also as in our book, we're hustling with zombies, viruses, aliens, or who knows what a monster more or less laughable, or ... again ... we fight between us. That would be the only point of congruence over time.

Today's book, Last Chance, is especially aimed at young adults, but I tell you that you can read it very well, with no problem, even if you are past their age.

It is a well-written work, with nerve, tension, emotion and quite a lot of surprises. It has a linear deployment, but it has an interesting construction like a wave of scenes type. The scenes accumulate force, explode, after which the writer will give you a little respite. A respite that will last only as long as you need to turn the page, because you’ll not have much of inertial scenes, descriptions or internal dialogues. The characters are well contoured, and the relationships between them are crafted with skillfulness, even with boldness from time to time.

One thing is clear: the author will not lose the reins. He will take you to hundreds of pages gallop and you will not regret it for a moment!

So: I’ll not touch the subject, (if you want a book synopsis you could find it below or on Goodreads or Amazon…) it’s enough for you to know that it's about the end of humanity, the main heroes are adolescents, but ... we should leave the surprise to hover. Read the book and you’ll find out a good story!

PS: you know, Apocalypse means Revelation and not the end of the world, but… 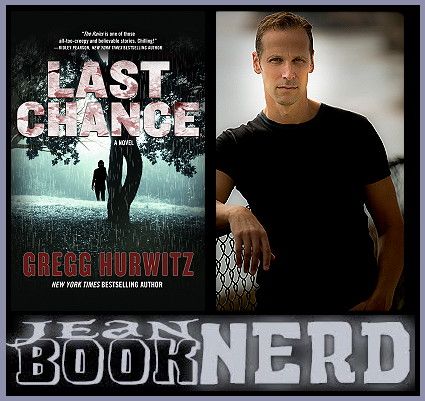 The Rain brothers fight for the survival of humanity in Last Chance, the thrilling sequel to New York Times bestselling author Gregg Hurwitz's YA debut, The Rains.

The New York Times bestselling author of Orphan X, Gregg Hurwitz, returns to Creek's Cause to follow the Rains brothers as they fight an alien threat that has transformed everyone over the age of 18 into ferocious, zombie-like beings, in this thrilling sequel to The Rains.

Battling an enemy not of this earth, Chance and Patrick become humanity’s only hope for salvation.

About the author:
Gregg Hurwitz is the New York Times bestselling author of 18 novels, including HELLBENT (2018). His novels have been shortlisted for numerous literary awards, graced top ten lists, and have been published in 30 languages.

He is also a New York Times Bestselling comic book writer, having penned stories for Marvel (Wolverine, Punisher) and DC (Batman, Penguin). Additionally, he’s written screenplays for or sold spec scripts to many of the major studios (including the upcoming THE BOOK OF HENRY), and written, developed, and produced television for various networks. Gregg resides in Los Angeles.

Glad you dug it. All best -- and happy reading!

you're welcome! see you next time.