Spirits in the Water (Elements of Untethered Realms #4) Anthology 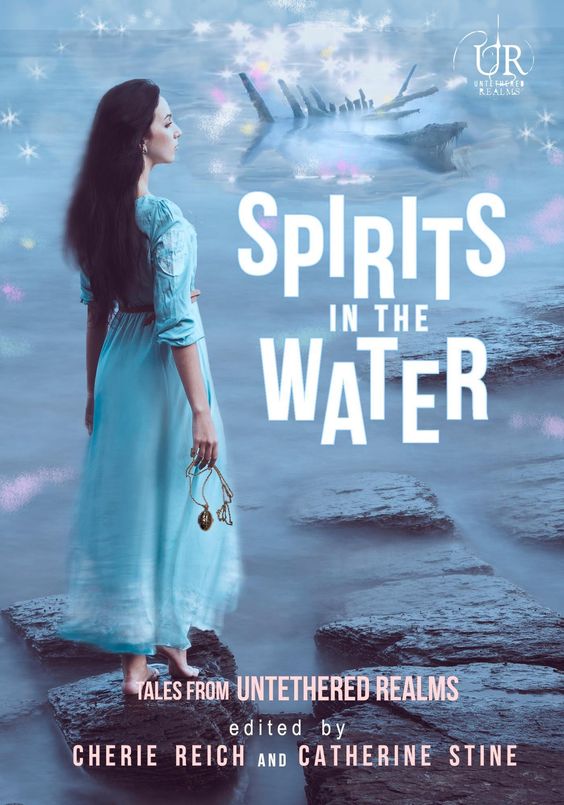 A haunted journey on a riverboat, water sprites borne of pennies, preternatural creatures, ancient serpents, and the Lady of the Lake lurk in dark waters. Raging storms and magical rainbow fountains. Water is spectacularly beautiful but also treacherous.

Spirits in the Water is an anthology of eleven magical tales by Untethered Realms, masters of fantasy & sci-fi. Take a haunted journey on a riverboat, meet water sprites borne of pennies, preternatural creatures, ancient serpents, and the Lady of the Lake who lurks in dark waters. Experience raging storms and magical rainbow fountains. Water is spectacularly beautiful but also treacherous. This is the last in the Elements series. Get them all!

Gwen Gardner gives us Shake, Rattle and Row.
Harlow Grayson has the chance to rid herself of a pesky ghost but she must first brave a haunted riverboat and recover a family heirloom. What she finds might be more than she can handle.

Jeff Chapman offers The Water Wight.
When a drowned girl changes her mind about suicide, Merliss and her associates face a fearsome, preternatural creature.

M. Pax presents The Wallows.
Evernee Weems wants to escape this world in the worst way. Her daughter needs everything, the rent is being raised, Evernee's job barely pays minimum wage, and she has little hope for better. Inside a puddle is a different reality. She jumps in, happy to trade her problems for a life in which worries don't exist. Or do they?


GUEST POST
What’s in the Water?
by M. Pax
Water can be magical. You can skate on it when frozen, ski on it, glide on it. It can be used for scrying. Who didn’t send away for the sea monkeys when a kid?

I love fish as pets and aquariums. Walking through those tunnels of water surrounded by fish is spectacular.

And water inspires a plethora of stories. A story may beg for water as the land and people thirst. There may be too much water, with people have to make their own land out of debris.

The water may be filled with fantastical creatures who befriend us and love us. Flipper was the Lassie of the sea. Mermaids can save us and so can humpback whales. Who doesn’t want to free Wilie? 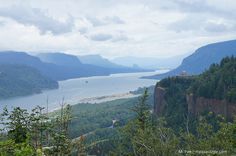 Water may be filled with terrifying creatures who want to eat us or drown us. There’s Jaws and the Kraken, Moby Dick and Sharknadoes.

Water can be a challenge to overcome. Crossing to the other side. Being stuck on a boat or an island in the middle of the sea. Maybe trapped in a submarine or an upside down boat. A sinking boat in the frozen Atlantic.

Water has been the catalyst for thousands of stories. My favorite is The Big Blue about a free diver who is more like a dolphin than a human. He dreams of leaving with the dolphins and escaping into the sea.

“The Wallows” is about escaping into the water, only the world isn’t filled with friendly dolphins in my story. Howeer, the experience transforms the main character physically and how she perceives her life.

I also like stories with sharks in them. I know, completely opposite of The Big Blue. What’s your favorite water story?
*****
Angela Brown gives us Extraordinary.
Puberty hits Angelique like a gut punch and brings about a change, forcing an unexpected revelation about her past. All seems well until a vicious storm tears through her Texas community, and Angelique learns there are worse things than a little change.

River Fairchild presents You Can't Go Home Again.
A young woman, filled with regret about the past, goes on a journey and discovers more than she bargained for.

Simon Kewin offers us The Waters, Dividing the Land.
Hyrn the horned god of the woodlands is learning the meaning of fear. Death magic blights the land, threatening everyone and everything. To save what he can from spreading corruption, he turns to the ancient river serpents, but they've grown old and distant and may not hear his call at all.

Christine Rains gives us Frozen.
A necromancer is on the frozen moon of Saturn where the dead do scream.

Meradeth Houston presents The Flood.
Sometimes a flooded kitchen isn't the unluckiest thing to happen to you.

Catherine Stine offers Maizy of Bellagio.
April still searches for her mother who vanished nineteen years ago from the fountain at Hotel Bellagio in Vegas. Can Maizy, a water sprite who works the fountain's pink colors, begin to help the three generations of eccentric women tortured by this tragedy?

M. Gerrick gives us The One Who Would Wield the Sword.
Nikka is supposed to be nothing more than dragon bait so a real dragon hunter can do his job, but the Lady in the Lake has other plans for her.

Cherie Reich presents The Folding Point.
Aimee's fight against those who banned paper magics has begun.

From USA Today, Amazon bestselling, and popular science fiction and fantasy authors comes Spirits in the Water, a supernatural anthology of eleven thrilling tales. Spirits in the Water is the fourth, long-awaited Elements story collection from the dynamic and inventive Untethered Realms group.

About the authors:
Angela Brown is a lover of Wild Cherry Pepsi and chocolate/chocolate covered deliciousness. Steampunk, fantasy, and paranormal to contemporary fill her growing library of books. Mother to a rambunctious darling girl aptly nicknamed Chipmunk, life stays busy. Angela’s favorite quote keeps her moving: “You may never know what results come of your action, but if you do nothing, there will be no result.” ~ Mahatma Gandhi. Find out more at


Website ** Goodreads ** Twitter ** Facebook
Jeff Chapman writes software by day and speculative fiction when he should be sleeping. Many cups of dark hot chocolate power his nighttime imagination. His tales range from fantasy to horror, and they don’t all end badly. He lives with his wife, children, and cats in a house with more books than bookshelf space. Learn more at

River Fairchild is somewhat odd, brandishes a dry sense of humor, and is owned by several cats. Lives in a fantasy world. A fabricator of magic. Makes stuff up and spins tales about it. Believes in Faerie crossings and never staying in one place for very long. Speculative Fiction wordsmith. The secret to her stories? Spread lies, blend in truths, add a pinch of snark and a dash of tears. Escape into her world. She left the porch light on so you can find your way down the rabbit hole.

Gwen Gardner writes clean, cozy and quirky mysteries and don’t be surprised if you meet a few ghosties along the way.

Since ghosts feature prominently in her books, she has a secret desire to meet one face to face—but will run screaming for the hills if she ever does. Gwen adores travel and experiencing the cultures and foods of different countries. She is always up for an adventure and anything involving chocolate, not necessarily in that order. For more about her books go to www.gwengardner.com. 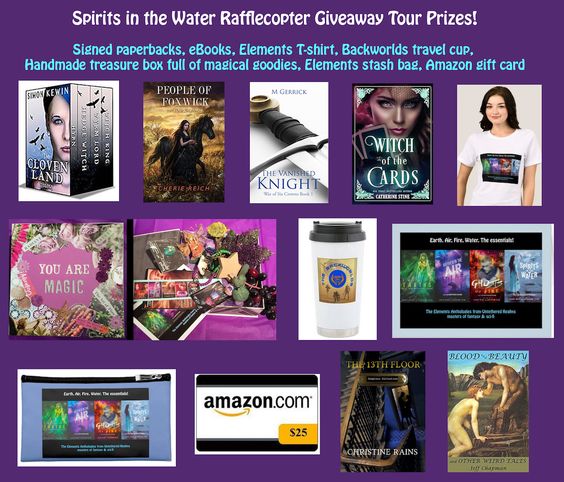 M. Gerrick is the author of The War of Six Crowns and a variety of other stories (as Misha Gerrick). She was born and raised in South Africa, and currently lives on an apple farm with a small menagerie of animals. You can find her at YouTube

Meradeth Houston likes to write about the real world, just with a big twist—maybe people can time travel or fly or aliens are real. It makes things a little more interesting. She is an anthropology professor by day, spending hours in a lab studying dead people’s DNA. Currently, she resides in Montana, where she wishes a beach were just a little closer. You can find more about her recent adventures here:

Simon Kewin was born and raised on the misty Isle of Man in the middle of the Irish Sea, but he now lives in the English countryside with his wife and their daughters. He is the author of over a hundred published short stories, and his works have appeared in Analog, Nature, Daily Science Fiction, Abyss & Apex, and many more. His cyberpunk novel The Genehunter and his Cloven Land fantasy trilogy were published not so long ago, and his clockpunky novel Engn is to be published by Curiosity Quills Press in 2018. Find him at:

M. Pax is author of the space opera adventure series, The Backworlds, and the urban fantasy series, The Rifters. Fantasy, science fiction, and the weird beckons to her. She blames Oregon, a source of endless inspiration. She docents at Pine Mountain Observatory in the summers as a star guide and enjoys exploring the quirky corners of Oregon with her husband. Find out more at:

Christine Rains is a writer, blogger, and geek mom. She has four degrees, which help nothing with motherhood, but make her a great Jeopardy player. When she’s not reading or writing, she’s playing games with friends or watching cheesy movies on Syfy Channel. She has one novel and several novellas and short stories published. Find out more at:

Cherie Reich owns more books than she can ever read and thinks up more ideas than she can ever write, but that doesn’t stop this bookworm from trying to complete her goals, even if it means curbing her TV addiction. A library assistant living in Virginia, she writes speculative fiction. Her books include the paranormal horror collection Once upon a Nightmare, the fantasy short story collection People of Foxwick and Their Neighbors, and the fantasy series The Fate Challenges. For more information about her books, visit:

Catherine Stine is a USA Today bestselling author, whose novels span the range from futuristic to supernatural to contemporary. She thinks of writing as painting with words and as conjuring magic from the ether. Catherine hails from Philadelphia and lives in NYC. Find out more at:


Untethered Realms is celebrating the release of Spirits in the Water, book 4 and the last in their Elements series! As part of this celebration, book 1, Twisted Earths goes FREE!

Authors' Giveaway
a Rafflecopter giveaway
Posted by CCAM at 2:00 PM

I like to read fantasy because it is fun to read about things that aren't real. I always enjoy fantasy books. (jozywails@gmail.com)

Oh my gosh, there are so many good water stories. An oldie but goodie is The Incredible Mr. Limpet. Who doesn't love Don Knotts?

I like to read fantasy because it allows your imagination to adapt to the book in many different ways and levels.