Will another generation fall? Haunting Magic (The Witches of New Mourne #2) by Neely Powell

"This is an excellent story about strong women and family bonds that just happens to include various paranormal elements. The plot has multiple twists that are unexpected and a lot of diverse characters. It made for a quick read. I also liked the romance between Jake and Brenna, though mostly in the background, it fitted in nicely with the story line." - about book #1 Lisa, Goodreads 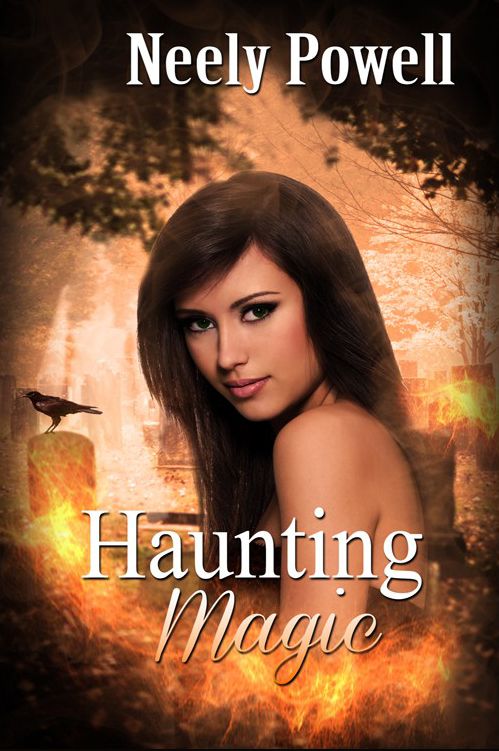 Fiona Burns, a witch who sees dead people, meets Hollywood producer Bailey Powers, who sees her as the next cable star—and a fake. Even so, she’s tempted by the dynamic producer in more ways than one. But she has a big distraction—a vicious curse on her family coven.

The ghosts of New Mourne warn of the return of the Woman in White, a vengeful spirit who claims the life of a Connelly witch from every generation. During the battle, Fiona unwittingly fuels the demonic forces, and black magic brings death and heartbreak to her family.

Initially a skeptic, Bailey is soon caught up in her supernatural battle with forces of evil. He’s also beginning to think Fiona can help him escape his haunting past.

With magic and mayhem at war and survival on the line, the Witches of New Mourne face a new challenge from their ancient foe. They discover that not all dark deeds are borne of the Woman but a demon who is bent on gaining the Woman’s powers for his own. Will another generation fall? Or does the curse end here?

An enchanted town. A vengeful spirit. A powerful coven under siege.

For generations the Connelly witches made a great sacrifice to protect their town. In exchange, New Mourne remained a refuge for humans and supernatural beings to live in peace. Now Brenna Burns, or another chosen female of this generation, is next in line to die—unless Brenna can find a way to end the curse of the malevolent Woman in White.

With coven protections breached, Sheriff Jake Tyler joins the battle. The witch and the shapeshifter search for answers to break the curse, becoming closer every day. Passion overrules reluctance as their romance intensifies. But how can love grow when murder and violence threaten their world?

The time for sacrifice draws near. The powers of the Connelly witches may not be enough to defeat the dark magic that holds New Mourne. As the demonic influence drains the small town of its peace, the coven struggles to break its deadly bargain with the Woman in White. 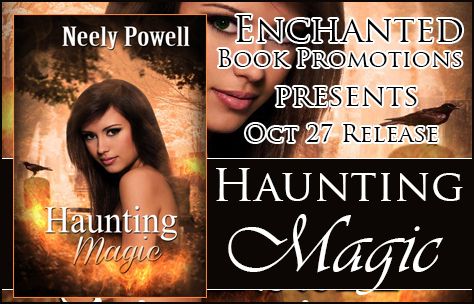 About the author:
Neely Powell is the pseudonym for co-writers Leigh Neely and Jan Hamilton Powell. The best friends met when they both worked at a rock 'n roll radio station in Chattanooga. It turned out their husbands were long-lost high school buddies, and Jan and Leigh were both writing romantic fiction in their spare time. A partnership was born.

They tried writing fiction together for several years, but life and other adventures got in the way. Their friendship endured as they went on to individual careers. Writing as Celeste Hamilton, Jan published 24 romance novels for Silhouette and Avon Books. Her books appeared on the B. Dalton, Waldenbooks Romance, and USA Today bestseller lists before she left fiction for a career in corporate communications.