between this world and the next - Fractured: 3 Disturbing Tales by Michele E. Gwynn

From Amazon Bestselling Author Michele E. Gwynn (Once Upon a Midnight, Oct, 2016 Amazon US; The Winter Wishes Collection, March 2017 Amazon UK) comes a collection of 3 disturbing tales that walks the line between this world and the next. 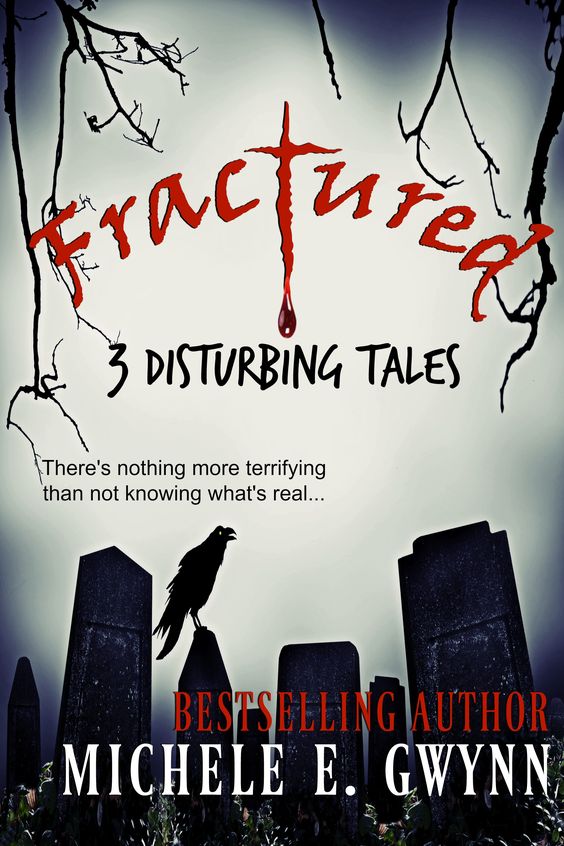 From Amazon Bestselling Author Michele E. Gwynn (Once Upon a Midnight, October 2016 Amazon US; The Winter Wishes Collection, March 2017 Amazon UK) comes a collection of 3 disturbing tales that walks the line between this world and the next.

Premiering in this set, A Slow Awakening is a nightmare happening in real time.

Frances Baker is an old woman living alone. Afraid of storms, and of the dark, she must brave both one dreary, frightful night. Hoping it soon passes, she awakens to a situation far more terrifying. Unable to move or even speak, she is trapped inside her own body with no way to call for help. As the storm rages on, the demons from her past prey upon the vulnerable woman, dragging her down into a memory buried deep, one best left forgotten. Throughout the night, her life passes before her mind's eye, taunting her and daring Frances to face up to her own mistakes all the while praying for morning to come, and for help to arrive.

Previously published in Guardian of Dreams from Paper Gold Publishing. "A life for a life. Someone must pay the toll."

On a stormy afternoon in 1951, tragedy strikes ending the dreams of a teenage girl along a lonely stretch of country road in Fort Smith, Arkansas. The truth hidden, twenty years later, another life meets its fate on Cavanaugh Road. Jake Williams has little time left to enjoy his freedom. The threat of the draft looms as his eighteenth birthday passes. With his older brother, and his best friend already deployed to Vietnam, each day is a gift. He has his job at the diner and his brand new, used Javelin. The only thing missing is a girlfriend. One night, Jake spies a pretty blonde outside of the diner, but before he can reach her side, she disappears without a trace. Intrigued, he decides to find out who the new girl is, but fate steps in, delivering devastating news to his family, and issuing a summons he can’t ignore. Despairing and desperate, he takes off down Cavanaugh Road where a near-death car wreck changes his life. It’s there, injured and shaken, that Jake comes face to face with his destiny. The beautiful girl, the one who has captured his heart, is suddenly there to save him. She promises to take him home. But things are not what they seem, and long-held secrets begin to unravel right under Jake’s nose, within his own family. As his days grow shorter, the mystery deepens, and the answers lie around the bend, in an old family plot, on Cavanaugh Road.

Previously published as a standalone.

A car accident left Jennifer Jones alive, but killed her parents. Survivor’s guilt and grief strangles her soul while the continued abuse from her fiancé, Aaron, breaks her spirit. Without warning, she snaps. Free from the moorings that bind her to the rational world, Jennifer finds that stepping across the line, and committing cold-blooded murder means she no longer needs to follow anyone’s rules but her own - but has she gone too far? Now that she’s tasted the heady power of controlling her own destiny, she can’t stop!

Down the rabbit hole she goes into a realm of psychotic darkness so deep, she may never find her way out again! As her world begins to spin out of control, she’s haunted by her misdeeds, and pushed further over the edge. The struggle to hold it together is tearing her apart, and if she can’t find her way back from the dark abyss, Jennifer will split from reality for good!


EXCERPT
from the premiering story A Slow Awakening

Trapped, Unable to move, and all Alone…

All was quiet. The rain had ceased to fall. The winds died down. The only sound she could detect was the windup clock on the bedside table. She turned to look at the time. Nothing happened.

Afraid, Frances tried sitting up. The view remained the same. Just the ceiling. She stilled, assessing her whole body. 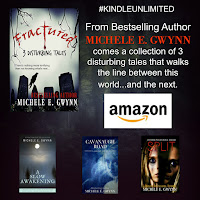 Wiggle your toes! she told herself. Nothing moved. There was no pain, no…nothing. She felt nothing, physically, at least. Inside, she was panicking.

She concentrated, focusing on moving any part of her body. Fingers, knees, shoulders. There was no response. Not even a twitch. She screamed, but no sound came forth. Her mouth did not open.

Panic took over, and fear engulfed her. She was paralyzed, with no way to call for help.

She tried to determine the exact time. It had been around 10:00 when she’d fallen asleep. Unsure how long she’d slept, she figured it couldn’t have been more than three or four hours, so it might be around one or two in the morning. Jack was supposed to come around to fix her leaking bathroom sink, sometime in the mid-morning hours. He had a key so she wasn’t worried he’d leave if she couldn’t get up to answer. It was good to know help would eventually arrive, but in the meantime, she was stuck in her bed, unable to rise if needed, to go to the bathroom, to shout for help.

She wanted to cry, but her body betrayed her yet again, refusing to shed a single tear. There was nothing for it except to wait, and see if perhaps her motor skills would return, even if just a little bit. It was the only hope she had besides being found by her son-in-law seven to eight hours from now. She let her mind drift.

About the author:
Michele E. Gwynn is a Bestselling Multigenre Author of Crime/Detective books, Sci-Fi/Horror books, and Paranormal/Supernatural romance books in San Antonio. She previously wrote for newspapers, magazines, and online websites. As a journalist, she's covered news and events, and conducted countless celebrity interviews.

She has 3 series currently with several stand-alones, and more books coming!

She resides in the small town of Schertz, Texas on the northeast side of San Antonio with her four felines who so graciously allow her to reside in their home.

Thank you for your support. Have a Happy Halloween!