Seventeen-year-old Bryar Rose has a problem. She’s descended from one of the three magical races—shifters, fairies, or witches. That makes her one of the Magicorum, and Magicorum always follow a fairy tale life template. In Bryar’s case, that template should be Sleeping Beauty.
“Should” being the key word. 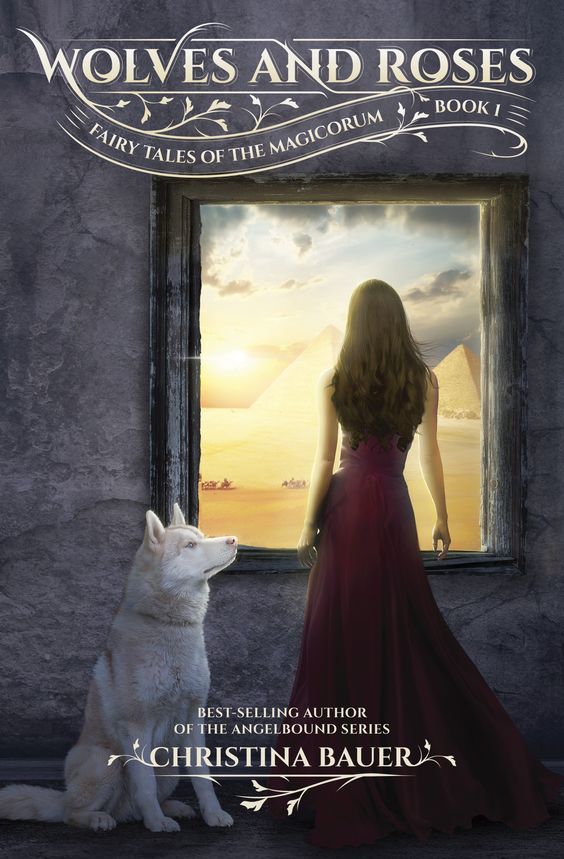 It’s always a risk when reading a book that made you curious even without taking in consideration those enough times when you didn’t enjoy an author highly praised by many others. The mix of shifters, fairies, witches (plus others) and the main character who wants to be just human… is all there is need it to walk the thin line that separates the good from the bad stories. But let’s be fair, “follow a fairy tale life template” (not a retelling, mind you) and one with a deadline! is a good start to intrigue you… me. And you know the saying: “No risk, No reward”, don’t you?

In the end, I took the risk and I won. Don’t be a fuddy-duddy because a reward is still a reward and it doesn’t matter if it’s a big a smaller one. I really enjoyed the story. To me, as you know I’m not a YA for… ahem… a while, it seems that the story has what a YA reader would want.

The characters are appealing, with an agile mind and smart mouth (within sweet limits). I think the author capture well the insecurity and boldness characteristic to YA age.
False friends and foes will change sides and (part of the) secrets will be revealed. Each of protagonists has a secret to hide or a challenge to solve and dendrites of their backgrounds influence Bryar’s story. These intercalations make the reader curious and for that, they offer good opportunities to continue the series.

There is a good steady rhythm, enough twists, heroic actions and horrid conspiracies. At one moment we get also some gore… ish scenes, but only to make a point and to lay stress on the danger which our heroes have to eliminate. The writing is agreeable, the scenes flow easily from one to another accumulating information and enough tension for the most important ones. The Sleeping Beauty template is respected and the author succeeded to not iterate the classical tale.

And let’s not forget the romantic side of the story! It’s sweet, clean but hot and many girls will have material for their daydreams of fantastical (furry or not) knight that should woo them.

I had a good time reading Wolves and Roses and I’m curious to find out what comes next and, to be honest, to find more about this “fairy tale template”.

Read the story, you should enjoy it!


Seventeen-year-old Bryar Rose has a problem. She’s descended from one of the three magical races—shifters, fairies, or witches. That makes her one of the Magicorum, and Magicorum always follow a fairy tale life template. In Bryar’s case, that template should be Sleeping Beauty.

“Should” being the key word.

Trouble is, Bryar is nowhere near the sleeping beauty life template. Not even close. She doesn’t like birds or woodland creatures. She can’t sing. And she certainly can’t stand Prince Philpot, the so-called “His Highness of Hedge Funds” that her aunties want her to marry. Even worse, Bryar’s having recurring dreams of a bad boy hottie and is obsessed with finding papyri from ancient Egypt. What’s up with that?

All Bryar wants is to attend a regular high school with normal humans and forget all about shifters, fairies, witches, and the curse that Colonel Mallory the Magnificent placed on her. And she might be able to do just that--if only she can just keep her head down until her eighteenth birthday when the spell that’s ruined her life goes buh-bye.

But that plan gets turned upside down when Bryar Rose meets Knox, the bad boy who’s literally from her dreams. Knox is a powerful werewolf, and his presence in her life changes everything, and not just because he makes her knees turn into Jell-O. If Bryar can’t figure out who—or what—she really is, it might cost both her and Knox their lives... as well as jeopardize the very nature of magic itself.

Want news about our latest releases and deals? Sign up for our newsletter!

About the author:
Christina Bauer knows how to tell stories about kick-ass women. In her best selling Angelbound series, the heroine is a part-demon girl who loves to fight in Purgatory’s Arena and falls in love with a part-angel prince. This young adult best seller has driven more than 500,000 ebook downloads and 9,000 reviews on Goodreads and retailers.

:I love this. It is soo informative. Are you also searching for academic nursing research paper writing help we are the best solution for you.