Kane’s quest for endless learning has him propose that the vampire “turn” him so that he can become Brogio’s first vampire blood son. Reluctantly Brogio agrees, but Kane’s uncontrollable blood lust unleashes a plague upon the world. 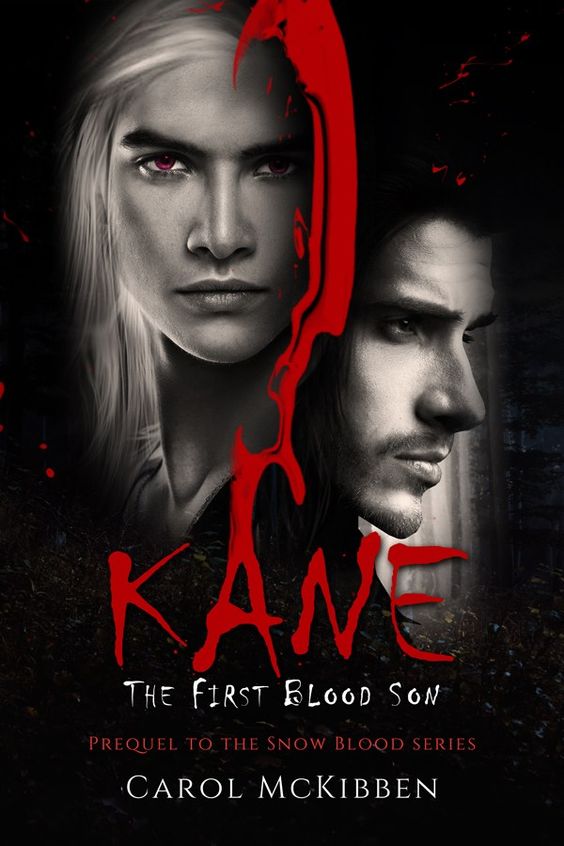 Kane de Medici’s thirst for knowledge leads him into the dark vampire world.

Kane de Medici’s thirst for knowledge leads him into the dark world of vampirism. Working as an apprentice to the great master, Leonardo da Vinci in 1503, he encounters Brogio, one of Florence’s most wealthy bachelors. Their growing friendship coupled with strange events lead him to uncover Brogio’s inconceivable secret. Brogio is a vampire, the very first vampire.

Kane’s quest for endless learning has him propose that the vampire “turn” him so that he can become Brogio’s first vampire blood son. Reluctantly Brogio agrees, but Kane’s uncontrollable blood lust unleashes a plague upon the world.

This Snow Blood Series Prequel will delight fans of this beloved family of vampires.

1. The first book of the Snow Blood series was published in 2014. Why a prequel and why now?
Snow Blood is a five-book series. Kane became one of the most beloved characters in the series, and I initially wanted to write a short story about him for my fans. My publisher liked it so much that she asked me to expand it. And, because I am giving Kane his own series (Moon Blood), it was a logical beginning for both Snow Blood and Moon Blood.

2. And why the different cover?
All the Snow Blood book covers (except the first which has only the dog) featured Snow Blood with one of the main characters highlighted in that particular season. Season 2 featured Selene; Season 3 Kane; Season 4 Seth and Mathias; Season 5 Brogio. Because the prequel is solely about Kane and Brogio and not narrated by a dog, that cover represented the contents of the story best.

3. Why Seasons/Episodes and not books/volumes? Why do you prefer to write short stories?
I wanted readers to visualize the books like a television series with seasons and episodes. Wishful thinking perhaps? I wanted to write something unique, seasons/episodes made it different than others in the universe.

Short is just the way I write. I like for my stories to be fast-moving and exciting. I don’t like to get bogged down with long, drawn-out detail that has the reader flipping through pages. I want to keep em on the edge of their seats. I try to pack in a lot in a little space with description that moves it along. In the immortal words of P.T. Barnum, “Always leave them wanting more.”

4. What are the risks when writing a series?
For me? I don’t see risk. When I create a character, I follow where he/she takes me. Sometimes I don’t know from one book to the next where he will lead me, and that’s fine with me.

5. Vampires, vampire –dogs, gods… how did you put them “work” together in your stories?
You’ll have to read the books to find out. But, let’s start with an adventurer who falls in love with a maiden in the Temple of Apollo. Apollo has designs on the maiden. The struggle starts when he and his fellow gods curse the adventurer. The adventurer becomes a vampire. Fast forward a millennium later. Vampire saves dog from death and creates a companion. Vampire and kindred dog uncover conspiracies to destroy them and those they love. There you have it.

6. How would you describe your stories? What is your “brand” as a writer?
I write through the eyes of the only creature who understands how to give unconditional love. They spotlight relationships and always have a paranormal or otherworldly twist to them.

About the author:
Carol McKibben was a magazine publisher for 20+ years. Carol writes from the heart of a dog’s eyes. Her books help support her dog rescue efforts and focus on unconditional love. Carol, her lab Thor and Siberian Husky Ty are currently working on new adventures.

Thank you for hosting Kane and me! Best, Carol