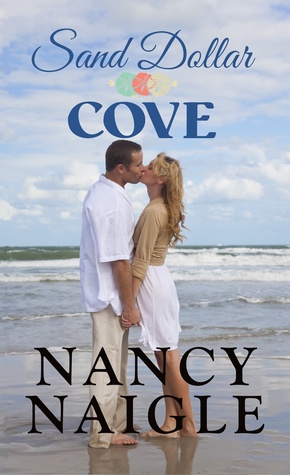 Escape to the shores of Sand Dollar Cove, a quaint beach town on the North Carolina coast.

When Elli Eversol returns to Sand Dollar Cove to rebuild her grandparents shops on the old fishing pier following last fall’s hurricane, she’s faced with bigger problems. For one, the pier has taken a much more serious hit by a recent Nor’easter. Secondly, the boy who broke her heart, Holden Moore, is back in town too and tempting her, only her heart is telling her he’s still not one to be trusted. So she keeps her focus on her family and the Buy-A-Board campaign project so she can put those funds to good use and spare her heart.

When Brody Rankin answered the online request to help router names into boards purchased in a campaign to save the shops on the pier in Sand Dollar Cove, he’d really just been trying to do a good deed and get a closer look at the sleepy little town where his mega-company is planning to build an east coast warehouse. Will this well-known playboy be able to resist a woman who loves the ocean as much as he does, or will he leave Sand Dollar Cove behind?

As soon as Elli Eversol pushed her toes into the gritty sand on the beach, wonderful memories swept away the stress she’d carried on the five-hour drive from Charlotte. Temperatures were already hovering in the sixties, unseasonably warm for March on the North Carolina coast, especially for this early in the morning. With her shoes and socks in hand, she walked down to the pier, her footsteps leaving clear imprints in the crusted top layer of sand.

Filling her lungs with ocean air, the only thing missing from her memories of the beach was the scent of suntan lotion, but summer was just a few months away.

Sand Dollar Cove still held a special place in her heart. Every summer for as long as she could remember, she’d stayed here with Nana and Pops at their beach house. The Sol~Mate had been her home away from home on summer breaks until she’d gone away to college. Her plan had been to move here once she graduated, but Dad had made her promise that she’d work in a city for two years before making a decision to settle in Sand Dollar Cove. He’d grown up here and, according to Nana and Pops, Daddy couldn’t wait to get out of the small beach town. She’d never understood it, but he must’ve been onto something: Even though she’d moved to

Charlotte with the plan to get some experience under her belt just to make him happy, she’d been there ever since. Two years turned into five, and she stayed so busy she hadn’t even had the time to think about moving since.

Waves crashed against the pier, filling the air with a misty spray. The seagulls above seemed to laugh at some inside joke between them. At least at this time of the year the sand was cool. In the summer there were days you were forced to use your towel and shirt as stepping stones to get back to the parking lot or else burn your feet. After a winter of closed-toe shoes, it sure felt good to walk the beach again.

A young couple stood under the pier. The water lapped at their ankles as the guy leaned in, probably promising her the world. She’d been that girl once. The crash of the waves dulling her sensibilities and drowning out her voice of reason. It was a long time ago, but her chest ached at the memory of the heartbreak of that summer.

Elli silently wished the girl under the pier better luck than she’d had. Between those broken promises and then losing Pops just a few weeks later, that summer had been the worst of her life. Maybe work wasn’t the only reason her trips back to Sand Dollar Cove had become more infrequent over the years. Maybe these memories had a little to do with it too.

As she got closer to the pier, the No Trespassing signs and yellow caution tape caught her off-guard. The insurance company probably demanded they mark it to keep from being held liable, should someone try to fish before the repairs were complete. But still, it was unsettling.

The recent nor’easter had done even more damage to the pier, sweeping a huge gap right out of the center of the remaining pilings. Seeing it for the first time in person, it was a lot worse than she’d realized. The pier looked like a snaggle-toothed jack-o’-lantern about two weeks after Halloween. A swirl of concern swept through her. If the town didn’t get busy on repairs they could miss one of the biggest moneymakers of the summer tourist season, Memorial Day weekend.

Her bright mood faded. Pops had built those shops on the pier nearly fifty years ago. When the hurricane damaged them, Elli had started an online fundraiser to repair them. The Buy A Board campaign had been more successful than she’d ever dreamed; the donations more than doubling her initial goal in only a few weeks. For a $250 donation, donors could opt to have their names displayed on one of the boards used to make the repairs. That had been the most popular option, and the smaller donations had added up quickly too.

When Nana mentioned that she hadn’t been able to renew her license for the shops, Elli had assumed Nana just hadn’t gotten around to it. Now she wondered if perhaps the town was stalling on issuing them because they’d fallen behind on this project. Fallen behind was being kind. It looked like no one had done a thing.

She glanced at her watch. Right now she was due at the Carolina By The Sea Resort and Spa. Breaking into a jog, she got back to her car and used her socks to swat the damp sand off her feet, then put her shoes back on.

It was a short ride to the spa from here. Elli pulled her car into the last parking spot at the far end of the resort near the restaurant.

March could be desolate, and many of the businesses chose to shut down completely until Memorial Day. But Pam seemed to be doing a big business, if the parking lot was any indication.

Inside, the place was bustling. Filled nearly to capacity in the shoulder seasons, pre- and post-summer, was a big deal in a small beach town such as this.

“You made good time,” Pam said, rushing to Elli and pulling her into a big hug.

“It’s so good to see you.” Elli pulled back from the hug. She still thought of Pam as her teenaged beach buddy. Practically twins, except Pam had dark hair and brown eyes, so whenever they got together and Pam was pulled together, all business, it always took her by surprise. “You look great.”

“Apparently. I could hardly sleep last night knowing I’d be seeing you today.”

“Some things never change. Welcome back.” Pam motioned her to follow. “You should have just driven down last night.”

They settled in a corner booth, and a waiter dropped off menus and took their drink orders. “True, but I’d promised Bob I’d take care of some things before I left town. We’ve got a big open house today. So I did all the prep for that last night.”

“Very busy,” Elli said. “Bob and I are a good team. We have different specialties, so between us we have a steady workload no matter what the economy is doing. That’s a blessing in the real estate market right now.”

“And there’s still nothing between you two? I swear if I had a Realtor as good-looking as he is, I might never settle on a house to buy. I’d just look and look and look.”

“He is cute, but no. He’s so not my type. Nothing but business between the two of us.”

Elli thanked the waiter for her cup of tea and glanced over the menu as she spoke. “And frankly, that’s good for business. Besides, now that I know him so well I can see that I’d never be his type either. He likes those high-maintenance girls who stroke his ego day and night. Not exactly my style if you know what I mean.”

“I know the type. But hey, as long as he’s selling houses it’s all good, right?” “My thoughts exactly.”

“Every once in a while a customer will talk about buying a place here. Are you still licensed to sell here in the cove?”

Elli took a sip of her tea. “Sure am. I’ve kept that up to date. Never know when it’ll come in handy.”

“Next time someone goes all gaga for Sand Dollar Cove, I’ll give them your name.”

“That would be great. It would give me a reason to come more often too.” She closed the menu and set it aside. “I’ve got to be better about that. Nana is not getting any younger, and I feel so awful for letting so much time slip by between visits. I don’t know how I let that happen.”

“It was good timing. That pier is looking right pitiful.”

“Yeah. It’s not good. I’m so glad you were able to raise money to help fix the shops,”

Pam said. “They’re part of the tradition around here.”

“One quick mention on social media that I needed someone good with a router to help engrave the planks in exchange for room and board here, I had no less than half a dozen responses.”

“I’m not surprised. I’m using social media for a big part of my marketing campaign for the resort, and it’s paying off big time.”

“I thought I’d end up with someone local, but the guy who is coming is from California.

“Your grandmother will be in seventh heaven with someone to dote on.” “Nana loves fussing over people.”

USA Today bestselling author Nancy Naigle whips up small-town love stories with a dash of suspense and a whole lot of heart. She began her popular contemporary romance series, Adams Grove, while juggling a successful career in finance and life on a seventy-six-acre farm. She has gone on to produce collaborated works with other authors, including the Granny Series and the stand-alone novel Inkblot. Now happily retired, she devotes her time to writing, antiquing, and the occasional spa day with friends. A native of Virginia Beach, she currently calls North Carolina home. Sand Dollar Cove is her thirteenth novel.

I like the premise of the story, I'm looking forward to reading it.

I don't know what intrigues me about this book. Perhaps finding out if the shops will be opened and the damage repaired :)

I'm interested in which one she'll end up with! I love seaside romances!

I like the cover and description of the book. I hope that it is a big success!