Duncan MacQuoid, dragon-slayer, is no more. In his place is a tortured man seeking solace for his sins. One fateful night he finds a woman he believes will be his salvation. Little does he know, his love for her could be his final undoing. 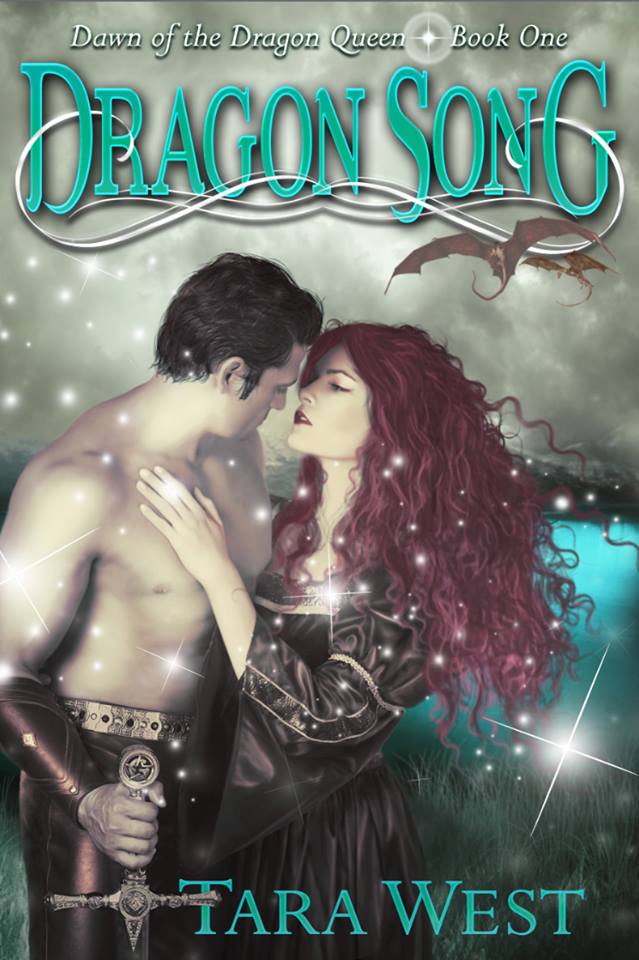 Duncan MacQuoid, dragon-slayer, is no more. In his place is a tortured man seeking solace for his sins. One fateful night he finds a woman he believes will be his salvation. Little does he know, his love for her could be his final undoing.

Fiona Firesblood, dragon-shifter and noble queen, will stop at nothing to protect her child, even if it means she must sever the bond with her mate, Duncan MacQuoid, the one man she loves above all others, and the one man whose past could destroy them all.

Safina Firesblood, daughter of a cursed union between dragon and dragon-slayer, has grown into a young woman, a powerful dragon princess in her own right. When she’s given one chance at true love, will she risk the dragon queen’s wrath or resign herself to an eternity of sorrow?

Fiona barely remembered the journey to the stranger’s small, dark hut. Her dragon-touched eyes normally took in every nuance of her surroundings, but she’d been blinded by a pair of handsome, pale eyes and a warm, seductive smile.
After he’d hung her shawl beside the hearth, he bade her sit on a low wooden stool and handed her a heavy goblet filled with swirling amber liquid. She smiled into the mead, discreetly admiring his finely sculpted form while he stoked the embers of the fire. Though the man seemed to have entranced her, she had enough sense to know what would become of her that night. He would caress, kiss, and toy with her, making her as pliable as a soft piece of clay. Then he would carry her to his warm furs and make love to her. And she wouldn’t do a damned thing to stop him.
Fiona knew she should have thanked the man for the drink and warm fire and then fled. Aye, that’s what she should have done. But the effects of the potent mead made her head whirl, carrying away her doubts in a lust-induced current.
Her mind told her to fly to the safety of the secret cave she and her mother had once shared, for her mother had warned her men brought only heartache. In truth, she wanted to flee. But she wanted him more.
His masculine spices—a mixture of sweat, leather, and sage—assailed her senses as he drew near. He sat beside her on the stone hearth, warming his hands in front of the fire.
“Are ye hungry?” He leaned over her, pouring more mead into her goblet.
“No.” A shiver coursed through her as the scent of desire pulsed off his skin.
He frowned. “Are ye chilled?”
“No,” she said, clenching her hands to still her trembling. What had come over her? How had a mere mortal reduced her to a quivering flower?
“Then what can I do for ye, lass?” He clasped her small hands in his, the calluses on his fingers chafing her smooth skin.
Fiona pondered his question. What did she want him to do for her? She wanted him to show her what it felt like to spend the night in the arms of a man. She wanted to feel the intimacy of his mouth on hers, to understand why mortals so easily fell under the spell of desire. But most of all, after six years of traveling alone and missing the familiarity of a kind word or a tender hug, she wanted to feel loved.
Fiona silently stood, unlacing her bodice and letting her dress fall to the floor. She turned up her chin, meeting his shocked gaze with a subtle smile. “Can you make love to me?”
“Aye,” he said on a throaty growl. “I can do that.”
* * *
Scene #2

“Murderer!” She shoved him back with such force, he toppled from the bed in a tangle of furs.
“Fiona, ’tis me, Duncan,” he cried as he struggled to stand.
What had come over her? One moment they were caressing beneath the warm furs, and the next she had sprung from his bed, screaming like a banshee.
“I know who you are, MacQuoid. Dragonslayer!” She ended on a shrill sob before covering her face with her hands.
Duncan stood, kicking the furs to the side and reaching for her. “I am a dragonslayer no more, Fiona.”
“Why did you make love to me? You should have killed me like you did the rest of my kind.” She rushed through the flap of his tiny hut into the cool morning air.
Swearing under his breath, Duncan wrapped a fur around his waist and chased after her.
Surely they had both gone mad.
The morning was exceptionally cold, and Fiona wore not a stitch of clothes. A chill wind from the north whipped the heavy branches overhead into a frenzy. Autumn leaves danced around Fiona’s feet as she wept, kneeling beside a fallen oak.
The sharp edge of her suffering pierced the cavity of Duncan’s chest. He still did not understand how her emotions had been tethered to his own, but he did feel her pain, so keen he thought his heart would break from it.
“Fiona, you are mistaken. Come inside where ’tis warm,” he pleaded.
She looked up at him through tear-soaked eyes. “You killed my mother!” Her body shook with violent tremors. “You struck her with a spear, and she had never sought to harm mankind. Never!”
Duncan’s head spun and he felt weightless. Mouth agape, he stared at her, hoping his senses would return. And then the words from the she-dragon reverberated through his skull.
I have never sought to harm mankind. Never!
“’Twas a dragon I speared, not a human.” But even as he said the words, he knew ’twas a lie. That dragon had been no dumb beast. She was something more.
“She was my mother!” Fiona wailed. “She was kind and good and all I had left in the world.”
“Fiona,” Duncan struggled for words, knowing nothing he could say would ever bring back her mother. “Forgive me.” Stepping forward, he reached out, needing to touch her and soothe her pain.
“Do not touch me! Do not ever touch me!”
What happened next Duncan would not have believed had he not seen the she-dragon transform into a beautiful woman each night in his dreams.
But those were dreams, and the dragon hovering above him now was no fantasy, though just a moment before she had been his beautiful lass.
Panting like a wounded animal, she singed his hair with her fiery breath.
Duncan did not cower. He did not fear. They had shared a connection when he loved her beneath the light of the full moon. She would not harm him now.


He looked up into her amber eyes, which were the same as last night, only larger, sadder. ’Twas then he knew neither of them would come away from this unscathed. For her heart was shattered, and he did not know how he could live without her forgiveness.


.99 for limited time
Goodreads ** Amazon
About the author:

Tara West's young adult and new adult romances have been Kindle bestsellers.
A former high school English teacher, Tara is now a full-time writer and graphic artist.
She enjoys spending time with her family, interacting with her fans, and fishing the Texas coast.

Dragon song sounds great! I would love to read this book. Thank you