In 1947 postwar Chicago, mob related violence is commonplace. Nothing stands in the way of the “Outfit” when it comes to making money; a body here or there, who really cares as long as everyone’s pockets are lined, but when a man is found dead in a small Illinois town—people take notice. 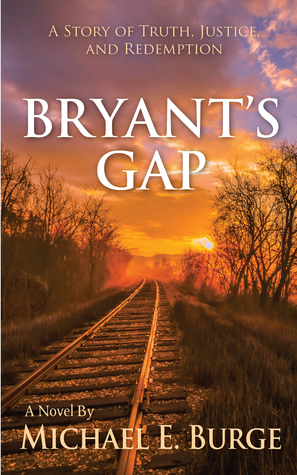 In 1947 postwar Chicago, mob related violence is commonplace. Nothing stands in the way of the “Outfit” when it comes to making money; a body here or there, who really cares as long as everyone’s pockets are lined, but when a man is found dead in a small Illinois town—people take notice.

Bargetown’s Chief of Police Bert Thatcher looks to a seasoned and astute railroad detective, Grady Colston, for help in solving the case. Fate has brought them together, but they soon realize just how much they have in common. A tight bond develops between the two men as they strive to uncover the identity of the man found dead on the railroad tracks—his right arm severed. As the investigation unfolds, surprising details of the man’s past come to light, and the circumstances of his death pose a major dilemma for Grady and Bert.

In 1967 the Beatles produced one of their most successful albums, Sgt. Pepper’s Lonely Hearts Club Band. One of the songs on the album was She’s Leaving Home, a ballad about a young girl who runs away from home, leaving a note for her parents who awaken to find her gone. The song earned Lennon and McCartney the Ivor Novello Award for Best Song Musically and Lyrically.

McCartney said the idea for the song came to them when they saw a headline in the newspaper, the Daily Mirror. The lyrics evolved from the details of the article. In 3.5 minutes, Lennon and McCartney paint such vivid images we feel as though we know the people in the song. That’s what writing is all about, whether it be a song or a novel, recognizing an idea, then adding a twist to make the concept unique. In the case of She’s Leaving Home, the twist was the Greek Chorus in which Lennon expresses the feelings of the parents when they realize their “baby” is gone.

An Idea can originate anywhere––in dreams, conversation, a photograph, newspapers––it doesn’t really matter; the key is recognizing it when it appears.

For instance, let’s say you are observing a man and a woman sitting at a table in a restaurant; there is a young girl at the table as well. You can’t hear the conversation, but it is obvious the man is angry and both the woman and the child appear fearful. Unless you follow them and investigate, you will never know exactly what is happening, but if you ponder the situation for a while, you may discover the premise for a great story. Close your eyes and think about that scene.

You probably already have an idea smoldering in your brain. Add a little twist, and you’re off and running!

In the case of my novel, Bryant’s Gap, the idea came from an article in the Butler County Democrat (Hamilton, Ohio) published in May of 1905. A man had been found on the railroad tracks nearly cut in half, one leg was found a hundred feet away and an arm was severed. The body was badly bruised and mangled. There were some peculiar items on his person. My wife and I had been researching a couple of long lost relatives when we discovered the article. The man turned out to be my maternal great-grandfather. Prior to finding the article, no one in the family knew what had happened to him. Although it answered that question, the information raised a lot of other questions. To this day, we don’t know exactly why he was there, or why he had certain items in his possession, but in speculation, Bryant’s Gap was conceived.

TOUR SCHEDULE
Goodreads ** Smashwords ** Amazon
About the author:
Michael E. Burge learned to play the piano in his forties, golf in his fifties, and now, recently retired from a career in marketing, has gone on to publish his first novel—Bryant’s Gap. Set in 1947, the story is peppered with childhood memories of the locations where he grew up; a small town on the Wabash River and the suburbs of Chicago.

Terrific post on a subject that often comes up with readers. Thanks for sharing your expertise on it with us!