Born from hate and violence, Lathan knows all too well what darkness feels like. He’s centuries old, and an abomination to the supernatural world. With a vampire father who forcibly took Lathan’s werewolf mother as his own, Lathan’s hybrid genetics make him feared by all. 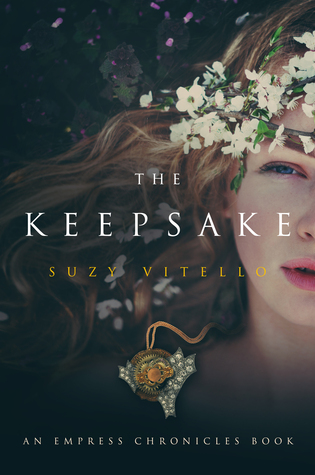 Being wicked never felt so good.

Born from hate and violence, Lathan knows all too well what darkness feels like. He’s centuries old, and an abomination to the supernatural world. With a vampire father who forcibly took Lathan’s werewolf mother as his own, Lathan’s hybrid genetics make him feared by all.

Abbi has no one, nothing of importance in her life, but that doesn’t stop her from living. When Lathan feeds on her and tries to use compulsion to make her forget, she realizes he isn’t just a vampire, but something altogether different. He’s also her mate.

Can Abbi accept Lathan for who and what he is? Can she allow herself to be mated to a man who is half vampire and half werewolf, one feared amongst human and immortal alike? She knows he won’t stop until he has her.

Lathan was born of this world in blood, hatred…violence. He took his first breath with his mother’s arms around him, her tears of sadness, hurt, disgust, filling him. It was the only world, the only emotions he’d ever known. And it was that memory, even as he lay there vulnerable—unable to speak, barely able to breathe—that he watched his mother pass. It was a curse being able to remember every single memory of his life, a “gift” because of his hybrid breed, his dual species genetics.

He stood in the shadows, his hunger insatiable. He watched the humans, knew their blood—the sustenance that gave him life, gave him strength and power—was also the same viscous fluid that disgusted him.

He was half vampire, half werewolf, a demon among his kind, an abomination because of the two bloodlines running through his veins and of how he came into this world. His werewolf mother was kidnapped and raped by his vampire father, a male that claimed she was his mate. But Lathan’s father hadn’t cared about anyone but himself. He’d defiled the one woman that was claimed to be his mate, took her from Lathan because he was a selfish bastard.

It was because of his father he didn’t have a memory that wasn’t tainted with violence and degradation. It was because of his father, Karloff, that Lathan couldn’t show his face in the paranormal community without fear and disgust following him, because everyone knew who he was. The stench of his father’s blood ran through his veins, tainting him, marking him as evil. Karloff’s reputation was by far the most sinister of their kind, was tainted with the horror of the life he himself led, and of the lives he took.

Maybe Lathan should have had more empathy for the man that sired him, the man that forced his seed upon Lathan’s unwilling mother. But the truth was after three hundred years of living in this world alone, Lathan had no empathy for anyone or anything. He had no emotions, no expectations, or even hope that he’d find a mate, if one even existed.

But he’d killed his father a century ago—ripped open his throat, bathed in his blood—sand knew that killing the man that had raped Lathan’s mother, took from her everything she knew and loved, was a small act of vengeance on his part. It wouldn’t solve anything, wouldn’t make anyone see him as anything more than a monster, but it made Lathan feel a little less dark inside.

He moved back into the shadows even further when a young, beautiful, and unsuspecting woman started walking toward him. She was human, with long reddish brown hair, and eyes the color of the greenest emerald. She was slender, couldn’t be more than in her twenties, and the animal in him—the wolf, the demon he was—rose up. He wanted to taste her, wanted her blood to coat his tongue and move along the back of his throat. He’d never been this thirsty before.

But it could be because he’d held off feeding for the last couple weeks, hating to taste the metallic flavor of the substance that gave him life. Lathan wanted her blood, wanted it covering his mouth and dripping down his chin.

His vampire side felt the call of the blood, felt the power move through him, strengthening his muscles, making his body coil tight, ready to snatch her body to his, tilt her neck to the side, and expose the creamy expanse of her throat.

And then she was right here, the wind picking up and blowing her hair around her shoulders, having her scent slam into him. His dick got hard, his claws emerged, and his fangs punched forward. He hadn’t been this excited, hadn’t been this aroused in his entire existence.

Goodreads ** AllRomance
About the author:

Jenika Snow is a USA Today bestselling author, a mother, wife, and nurse. She lives in northeast with her husband and their two daughters.

Jenika started writing at a very young age. Her first story consisted of a young girl who traveled to an exotic island and found a magical doll. That story as long since disappeared, but others have taken its place.

She loves to hear from readers, and encourages them to contact her and give their feedback.

For more information on other books by Jenika, visit her:

I really hope to read this!

I've read a few of Jenika Snow's books..Love them!I haven't read this one yet.

Love vampire books! And werewolf books! sounds like a great combination in this book!