The road is long, rough, and dark - Saving Charlie (Stories of Serendipity #9) by Anne Conley

100,000 children are sexually trafficked every year in the US. In the 1990s, Charlie was one of those children. She’s spent her adult life getting past that, trying to become a successful business owner in Serendipity, TX. Relationships are not goals for her. In fact, she’s not even sure she has what it takes to be a part of one.

Les is a fool for love. All he’s ever wanted was a girl. Now that every last one of his friends are married, and in happy relationships with families, he can’t stop thinking about the sexy lady who sells house parts, even if everything about her screams at him to stay away. He just can’t.

When they are thrown together on a cross-country road trip, Charlie’s past comes back to her full-force, long-buried memories inundating her. Les seems to be the only thing grounding her to the present, when everything else seems to be trying to tear her apart.

While it has a HEA, the road getting there is long, rough, and dark. Enjoy the ride.

We all know, lovers cannot just be left alone to be happy. Two people don’t just meet and fall in love. Not even in real life. There is always something to mess things up, whether it’s a horrible person, a recalcitrant inner monologue, or some catastrophe keeping them apart. There will always be something to keep them from their immediate happily ever after. The more tragic the circumstances, the more awesome the joining. The bigger the fight, the better the make-up sex.

Think of The Notebook. Noah and Allie have the perfect summer romance (they met and fell in love) but social issues keep them apart, for years. Then when they finally get their happily-ever-after, they are ripped apart again by Alzheimer’s, a tragic illness that rips them apart every time Allie wakes up and forgets again. It’s a touching (okay, heart-wrenching) story that brings to the forefront concerns of social class treatment as well as dementia, serious issues in our society (sadly).

Authors from the beginning of written word have attempted to bring social matters to light through literature, whether it be Shakespeare speaking out against the monarchy through thinly veiled parallels drawn in Julius Caesar, or Harper Lee speaking out against class issues in To Kill a Mockingbird. I’m currently reading Zack Love’s The Syrian Virgin, a romance set with the backdrop of the Christian Persecution in Syria. Talk about some powerful stories.

Okay, so it looks like I’m trying to put myself in league with Harper Lee and William Shakespeare. Sorry, I don’t believe I’m that good. I just like to tell stories. And I’d like the stories I tell to mean something to somebody. Not all my stories have a bigger picture I’m trying to bring to light, but this one does.

In Saving Charlie, Charlie is a victim. She never sees herself that way, and the reader may not understand it at first, but she was abused as a young girl. She’s not very likeable at first, but she is who she is, no apologies necessary. Sold into sexual slavery by her own parents, she’s overcome many obstacles to even survive into adulthood, much less succeed as an independent adult. Charlie’s faith in humanity hangs by a thin, tangled string, but she knows there is good out there, and she finds it in Les.

For me, the sex trafficking isn’t just Charlie’s backstory. It is the story. As a writer, I strive to tell the story. If I have to put in a guy with abs and some hot sex in it to get people to read it, so be it. But this is a story that needs to be talked about. A dialogue needs to be opened up about trafficking in the US, and around the world, so that our children are no longer endangered.


When the crowd began to disperse, there was a small torrent of people standing and walking past her chair, just before someone whispered in her ear. The voice froze her in time, and she closed her eyes as it grated across her skin.

“You are my diamond in the rough.” Not someone. Him. His voice sounded weaker than she remembered, but it was unmistakable.

Her head and body spun around to see The Man while her heart stopped. There was nobody behind her, where the voice had come from.

Les asked her, “What’s wrong, Charlie?” When she turned back to her front to face him, her eyes caught on her empty place setting, where the servers had cleared everything away.

The raccoon was sitting on the table in front of her. He’d left it for her.

“He’s here…” She whispered it to herself, but Les heard her.

“Who? Charlie, you’re so pale.” He grabbed her hand and saw the small child’s meal toy on the table. “What’s this?” He picked it up, and she smacked it out of his hands. It bounced across the table, where Les’s friends were all looking at her, mouths in various stages of openness, silently staring at her outburst. Charlie didn’t care.

“Don’t touch it. It’s evil. He put it there.” She wasn’t making any sense, but didn’t see how she could. Her vision was tunneled on the innocent looking creature, lying on its side on the other side of the table, a child’s toy that represented a childhood she’d never had.

Her heart pounded in her ears, a loud whooshing sound that wiped out all ambient noises. Her bowels loosened and she could feel the blood drain from her face. She knew she would pass out if she couldn’t get her body under control.

Charlie stood, her entire body shaking, as she spun around, trying to find The Man. She knew he was here, and she was angry that he had reduced her to a trembling mass of fear. She suddenly wanted to kill him.

If she could find him.

“Charlie, what’s wrong?” Les’s arms were around her. “Oh God. You’re shaking like a leaf. Let’s get out of here.” He tried to turn her, to lead her away, but Charlie resisted.

“Find him, Les.” Black started creeping around the edges of her vision, and she knew the night wasn’t going to end well for her and Les.

Les’s face was fading away into a fog, but she saw concern clearly etched on his features, as he asked the final question of the night. “What man? Charlie?”


Holding her limp body in his arms, Les felt impotent. Frantically looking around, he found Rachel’s astute gaze on them.

“You know something about this?” She shook her head.

“Not really, but I think I can find out. Let me go make some calls.” Rachel stood and stoically left the table, while her husband, Sam, came around to take Charlie’s pulse.

“She’s okay,” Sam said after a quick examination. “She’s just fainted. She might need some oxygen, and I’ve got a tank in my Jeep, but other than that, she’ll be fine.”

Les scooped her up in his arms and started carrying her out of the crowd. “Move back, please. I just need to get her some fresh air.” He heard the command in his voice and honestly had no clue where it was coming from. He was scared shitless. Somebody had come into his function and scared the life out of his girl, and he was going to find out who it was, and what had her so terrified.

Renae followed him to Sam’s Jeep while Sam unlocked it. Rachel had disappeared when he’d given his instructions to find out what Charlie was talking about, and Les knew she was on the job. Her tireless efficiency and endless resources were a boon to the Refuge, and Les would use them to his advantage.

Renae’s voice broke through his fog. “I saw who it was, Les. I mean… I didn’t know him, I’ve never seen him before, but I got a look at the man who was talking to her when she… reacted.”

Sam had the Jeep door open and Les deposited Charlie on the seat. “Get with Rachel. She may want you with one of the composite artists to get a picture. I want this guy.”

Putting the oxygen mask over her face, Sam asked, “Who do you think it is?”

Les raked his hand through his hair in a gesture of complete and utter frustration. “I have no fucking clue, but he’s the key I need to unlock what the hell has happened to her. And I’m going to find him.”

Anne has written her entire life and has the boxes of angst-filled journals and poetry to prove it. She's been writing for public consumption for the last four years. Currently she is writing two romance series. In Stories of Serendipity, she explores real people living real lives in small town Texas in a contemporary romance setting. In The Four Winds, she chronicles God's four closest archangels, Uriel, Gabriel, Raphael, and Michael, falling in love and becoming human. She lives in rural East Texas with her husband and children in her own private oasis, where she prides herself in her complete lack of social skills, choosing instead to live with the people inside her head. 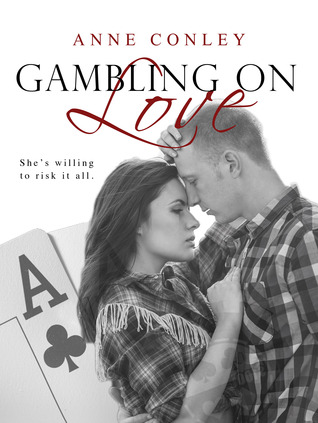 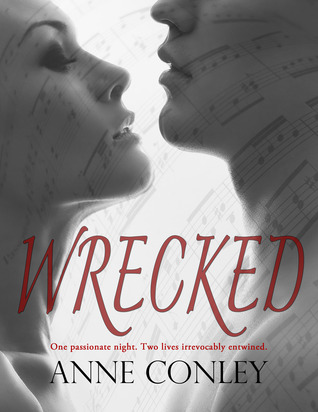