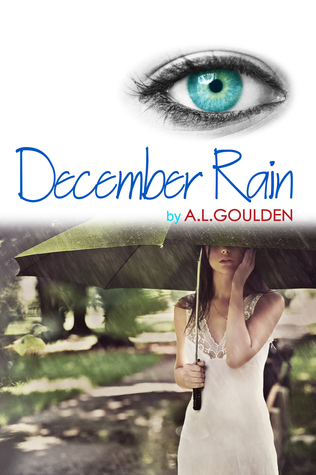 Monica and Alex Waters have spent that last few months working to repair a broken marriage and rekindle their passion. Just as they start finding their spark, Quinn Matthews and his escalating career resurfaces, but this time Alex makes the decision to let Monica go.

The devastation of losing her high school sweetheart, her home, and even her dog twists Monica down a destructive path that alienates her from her closest friends and lands her on Quinn’s couch. Despite her efforts to resist jumping into his arms again, the spark between them reignites and sweeps her away on a whirlwind holiday adventure. She finds that falling in love with Quinn’s family and lifestyle is as easy as falling for his ocean colored eyes. The problem is that it’s all too easy, and when she sees that Quinn’s reinvented life has completely shifted towards her dreams, she starts to question whether he’s too good to be true.

Quinn has a secret that was never meant to be kept this long, but will Monica be able to trust another man who’s lied? And now that Quinn’s got his happily ever after in sight, he’s not about to let her go or share her with another man.

How the story come up 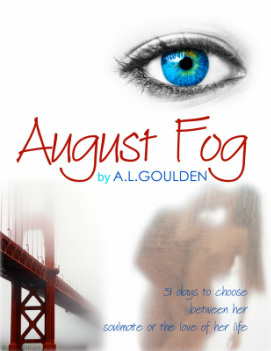 There is a little bit of real life in the story. I was laid up on the couch for a summer, forced to quit my job, because of three stress fractures in my ankle that wouldn't heal. I was reading a lot to pass the time and eventually started writing. There really was a sexy neighbor, he really is an artist, but there was never really an affair. Luckily I'm married to a man that finds my overactive imagination amusing and he never once thought it was autobiographic.

So many of the books I was reading had a similar heroine who was "damaged" as well as the same alpha males. I wanted to build characters that were realistic and flawed to see if I could make them sexy as well. People you would know. Your best friend or coworker. Real life is complicated and real love is even worse. I knew Monica wasn't always going to be likable. As much as we'd like to deny it, most of us aren't when we're going through life changes or stressful events. But that wasn't a reason not to connect to her or even understand her. I didn't want a woman who just callously throws away her life-long commitment because she needs to have sex. Monica loves her husband. He's her best friend. But she realizes that she wants more than a friend and Quinn reminds her that she's more than just this wife.

I struggled with the premise of an artist, because it's been done so many times and is a little cliche. But I know a lot of real artists, painters, sculptors, whose lives are very free and I wanted Quinn to have that. It's an element in Monica's past that she let go of and forgot about. So, I looked at it like another opportunity to take a cliche and make it more realistic. There are secrets behind him that will eventually test her ideas of freedom and trust. It's all about her growing into who she is supposed to be and finding out in her mid-thirties that she hasn't been honest with herself.

I set out to create a story that touches on the complications of love and commitment. It's been an adventure and I've learned so much. I never thought it would be a finished novel, much less multiple, but once I got into it I didn't want to stop. I know I still have a ton to hone and learn, but I'm finding that the challenges of writing are so addictive that I can't imagine ever quitting now. It's become my vice I guess. The reality is that I have another career still as a Production Designer and Art Director in film and television so writing does tend to be crammed into my nights and weekends or between shows.

The outdoor style shopping mall is bustling with tourist and local art lovers. Rows of art galleries surround the courtyard where a stage welcomes a local reggae band. Monica settles into a groove and starts dancing with the crowd. Alex tries to hang in for a couple of songs before he starts feeling claustrophobic and looks to the galleries and shops around them.

“Go ahead,” she says with a loving smile. “I’ll meet you down there… after one more song.”

He gives her a little kiss on the cheek and glides his hand across her behind before making his way out of the crowd. His attention is pulled by various pieces in gallery windows along the way. There’s a large glass sea turtle in shades of green and gold followed by a painting of an autumn forest with heavy texture. He stands daydreaming for a minute until he’s distracted by a reflection passing in the glass. It’s so brief he’s sure it’s his imagination. He barely catches a glimpse down the mall as the backside of the man disappears into another gallery.

Alex follows the ghost, dodging through happy couples and pushy salespeople trying to get his attention. Before he can see inside the gallery, a painting that’s prominently displayed on a front wall stops him. A cold washes over as he stands there staring at it. He slowly moves inside, mesmerized by the familiar vibrant paint strokes until he sees a few people gathered in the back. A man talking to two smiling women stills himself as Alex’s eyes freeze on the back of his shaved head. No words were needed as the tropical air takes a chill. Even the women sense a showdown, and step back to give Quinn room.

Quinn turns. What do I say? Fuck! I thought that was him. I hoped it wasn’t. Quinn moves very slowly towards Alex. Is he gonna hit me? I do deserve it. Might as well get it over with. “Hey.” Quinn pauses near the center of the room waiting.

Alex swallows hard, his nostrils flaring and fist clenched. His jaw flexes as his breathing grows heavier, but the emotions just start to turn to mush. His eyes fill as thoughts of his new friend’s betrayal wash over and the painting draws his eyes again.

Monica nearly passes the gallery on her way to see their friends when Alex’s shirt first catches her eye. She halts and shifts backwards until she sees the painting and stops. It’s a female figure bent forward reaching for her toes. The abstract form of her body in swirls of orange and reds is cradled by a man swathed in blues and purple. Oh my God! That’s me. That’s us, stretching. It can’t be. He’s...

She struggles for air as the tears swell, and she can already feel him. As she stands there, not crossing the threshold, the two men watch her. When her eyes finally land on Quinn, electricity fills the room. She can only see him and the deep tan that backdrops the pale oceany eyes reaching for her. A warm drop gently slides down her cheekbone as her breathing syncs with his. His lips move slightly hinting at words that he can’t find, and she struggles not to run into his arms.

Alex’s discomfort is audible as he clears his clogged throat to rattle her attention to his worried eyes. She steps in and touches his hand briefly. “I’ll be outside,” she says, turning without another glance at Quinn.

Her feet move quick as her thoughts try to keep up. What are they doing? Alex is gonna hit him. I can’t believe he’s here. What are the odds? Did he know we’d be here? No. Maybe he moved here. That painting was him and I together. Would Alex know that? It’s pretty abstract. Fuck! This can’t be happening. Before she knows it, she’s at the other end of the mall near the parking lot. She settles on a bench to wait for the world to stop crumbling around her.

About the author:
I'm a designer, author, wife and dog-lover living in the South Pasadena area of California. I got my BFA in Film Production from the Academy of Art University in San Francisco, but my love of a good story came way before college. I remember writing my first full story in fifth grade on a typewriter. I cut and pasted it into a book, complete with cardboard cover and taped binding. Things have changed a lot since then. With the magnificent digital age I can produce books and give them to the world without a sticky mess.

In college numerous instructors and peers praised my dialogue pushed me to hone my storytelling skills. Of course the need to cut and paste was still there, so I went into the world of Production Design and Art Direction for films and television. It gave me the ability to connect design to storytelling in a way that no other career can. The past 18 years have spun a unique perspective on visually emotional tales of relationships and the thread that ties all things together. Now I'm shifting focus on the driving force that brought me here... stories. I hope that I can share a unique perspective on life, love and the pursuit in all of the above.