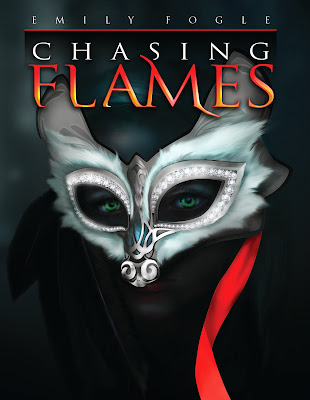 Aydah Bell was happy in her normalcy; she was never the class clown or the sports hero, never the beauty queen or little Ms. Honor Student. One day, after a pointless family mini-vacation, Aydah returns to school and finds that her sheltered little world has turned upside-down. Besides the fact that she is beginning to crave raw meat, people are also disappearing.

Suddenly, an alarming disappearance in the quiet and serene city she calls home puts the whole town into high-alert. One of Aydah’s schoolmates vanishes during the weekend and is conveniently replaced by a newcomer. To Aydah’s surprise, the new boy is the completely beautiful and oh-so mysterious Liam Bailey.

Aydah finds herself drawn to Liam. He consumes her thoughts and she aches to be with him. In the mix of passion, jealousy, and hatred that follows, Aydah is too distracted to see the horrible fate headed straight for her.


MB's INTERVIEW
Thank you. Mrs.Fogle
What do you need to write a good fantasy book and which will stand out from many others on the "market"?
Every fantasy book needs the basic, traditional content, in my opinion. I want that mystical, magical feel, and the good versus evil plotline when I'm reading fantasy. As far as standing out, I think the quality writing is key. You can have an amazing idea, but if the writing is subpar you're not going to go very far.

How important is the book blurb/description and how hard is to write it?
Very important!! It's the readers' first glimpse at the material, and it has the power to make or break the success the novel has. Writing it is a whole other beast, however. I hate writing them! Actually, writing the blurb, description, and query is the bane of my existence! They take so much time and effort and make me second guess myself.

First the Dragons and now. different creatures any way. In Dragon Wars you had the full liberty to create a fantasy world, but it's not the same case in Chasing Flames. What do you think is the most important and how do you create a believable supernatural society which coexists with our mundane one?
I love having the freedom to write about whatever I want. In fantasy, if I want purple trees with striped leaves, I can do that and get away with it. Writing in a society that we are all familiar with is a bit trickier. I think the trick that worked for me was just making sure I kept a lot of it light and humorous, brought in the typical high school problems, but then added subtle touches of the supernatural that bended to the "normal world" rules.

You said that "the characters running wild inside her (your) head." How do you "catch" them and discipline them? It is hard?
Listening is important. I've got characters and ideas running wild, but when I sit down to write I try to listen to 'whoever' is speaking the loudest and clearest. Sometimes the character demanding my attention isn't even the character that I'm writing about at the time. So, I don't catch them necessarily, I just listen and write down what they tell me to!

"How far will one girl go when lost to the seduction of darkness"?
Like I said before, I loath writing this stuff, and I'm not very good at taglines. I had some serious help with this. However, I really think this embodies the essence of the book. As quirky and funny as it can be, it also has an underlining feel of mystery and darkness. In the story, people are disappearing and her family is keeping secrets from Aydah, my main character. And in the midst of all that, she is drawn by a mysterious, seductive new boy that comes to town . just as her world starts to turn upside down.

EXCERPTS
There was so much pain. My skin was on fire and sweat dripped from every pore of my body. There was nothing I could do to make it go away, nothing in the world that could stop it. My flesh was being ripped from my bones, and my insides were being torn out. I was dying … what else could it be? Nothing besides death would feel so terrible. My head pounded and my brain ached. Hot pokers seared into my eyes, and my ears throbbed with sharp, shooting pains.
***
For just a moment more, his fingers continued to touch my forehead. He was perfectly still. His eyes were riveted to my face, like he was memorizing every line, every curve, with his fingertips and copying the image of my features into the palm of his hand. When he lowered his hand slowly, the tips of his fingers traced the bridge of my nose and followed down my jaw line. Frozen feathers, velvety and invigorating, awakening my body with their soft tickling chill. He cupped my chin in his hand and I could feel how powerful he was. He could bring down a mountain, reducing it to dust, but he was also gentle. There was safety in his stone caress and tenderness. The tips of his fingers rested beneath my chin and lifted my head slightly. As he brought his face to mine, my heart caught in my chest and my breath stopped completely. My head was a tornado of want and need. The temperature of my skin began to boil, but Liam’s skin sent a shiver down my spine. I was burning with fever, but shivering against the cold.

Emily Fogle was born and raised in Southern California. Her dream and ultimate goal was to get her Master’s degree in English and become a teacher with enough time to write, as well. However, she soon found out that the best dreams often come true when they aren’t planned. Instead of fulfilling her teaching goal, real life took over and she married the man of her dreams. She now has an amazing 7 year old son and another beautiful baby boy on the way.


She dedicates the majority of her time taking care of her family, volunteering at her son’s school, and being a Cub Scout Den leader. And though she loves every minute of it, the thought of being a writer still tugs at her heart. So, after the busy days are done and everyone is finally sleeping quietly, she squeezes in time for all the other loves in her life: the characters running wild inside her head.

Now, incredibly, her writing dream is also coming true. Her first novel, Dragon Wars, is being published by Anchor Group. Emily feels sincerely blessed to have been given so much in life and can’t wait to start the next chapter.