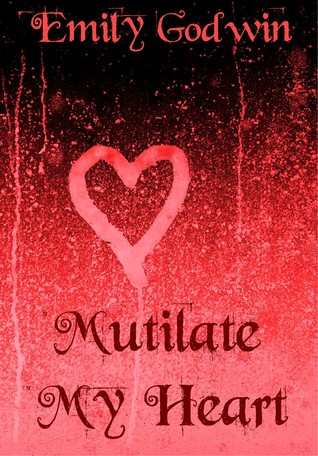 Punk rock band Mutilated Arteries has been seventeen-year-old Becca's world (aka obsession) for the last year. When the band schedules a concert in her hometown, she and her best friend Carli are the first ones in line to buy tickets. The night is everything she expects it to be and more, especially after making friends with the new super-cute bassist, Sketch.

Becca's mom warns her not to fall for a rock star because rock stars are always on the road - or they die in a plane crash, like her mom's favorite band did twenty-something years ago. But after the band's tour bus breaks down and they're stuck hanging out in Roizen Hills for a week, it's hard for Becca not to fall for Sketch and his caricature drawings and toxic green eyes.

Becca knows Sketch is leaving as soon as the bus is fixed, and she can't be his fan-turned-girlfriend anyway because of the lead singer's "No Girlfriends" rule. Plus, there's something strange about the guys that Becca can't quite decipher... like how they won't reveal their real names, their always-changing odd appearances, and the guitarist's obsession with blood and zombies. Still, Becca wants nothing more than for Sketch to mutilate her heart...but it just might not be in a way she expects.

GUEST POST
Since so much of Mutilate My Heart is music–focused, I thought I’d share some of my musical top fives.
Top 5 songs you've heard live
1. Dead in the Water – Hawthorne Heights
2. Feathers – Vifolly
3. Run Away – Rookie of the Year
4. Ohio is for Lovers – Hawthorne Heights

Sketch wraps his arm around my waist and smiles in the glow of the flashlight.
“Who’s up for a séance?” he asks.
Corpse automatically agrees, and Carli does because Corpse does. Plus, this whole ghost thing doesn’t freak her out nearly as badly as it does me, but I’m not going to let them know that.
“Man, no,” Ink protests. “You don’t know what the hell you’re going to be letting into one of our bodies, and with my luck, whatever it is will be coming up into my body!”
“Ink, dude, it’ll be fun,” Corpse says from somewhere in the darkness. “If you’re that scared, just go back and wait by the car.”
“Scared? I’m not scared. I’m just not stupid,” Ink mumbles, but he follows us to the stage nonetheless.
The boards of the stage groan beneath my feet, begging me to go no further. An old, dusty piano sits alone on the edge of the stage. Its yellow keys smile maniacally at me from the darkness surrounding us. Even with the beam of the flashlight, I feel lost in the darkness around us.
Sketch props the flashlight on the stage to stand with the light facing toward the ceiling.
“Alright,” he says, sitting down on the dusty boards. “Let’s all join hands.”
We all sit down in a circle around the flashlight. Sketch sits to my right, Ink to my left. At least one of them would try to save me from any demons.
“Corpse, you want to try to contact this Elijah kid?” Sketch asks. “I’m still new at communicating with the dead.”
Corpse’s face is dark and sinister in the dim light, and it does nothing to calm the feeling of dread flowing through my veins.
“Elijah, we come before you as guests in your great music hall,” Corpse says. With every word that leaves his lips, Ink’s grip on my hand tightens. “If you are here, please give us a sign. We do not want to harm you in any way. We just wish to speak with you. If you have the strength, please, use our friend Ink as your temporary body.”
“Don’t you tell him that!” Ink screams. “Are you crazy, you stupid–”
But whatever Ink was about to call Corpse is cut off by the sound of iron wheels being tugged.

Once we’re firmly planted in the sand, I tell him of the man named Benjamin Bell and the married woman he fell in love with. They would secretly meet at night in a small area near the lighthouse that was inaccessible unless you knew the way. She knew better than to try to get there by boat. The current was strongest near the rocks, and the waves were monstrous, but their secret path was being guarded by her suspicious, abusive husband and her husband’s drunken friends.
“A storm caused the fog to grow thick that night,” I tell him. “So Benjamin turned the light on in the tower of the lighthouse. The last thing he saw was the waves crashing her boat against the rocks. He stumbled back in shock and fell over the stair railing in the lighthouse. He died on impact.”
“Did the woman die too? Or was it just her boat that crashed?” he asks, never taking his eyes away from mine.
I lie back in the sand and stare at the grey sky.
“I like to believe she crashed with it. If he is a ghost, I hope she’s lurking around here too, so they can finally be together,” I say.
He digs a hole in the sand and places his paintbrush to rest before burying it.
“Maybe years from now, some random person will come to this very spot, and they’ll find that paintbrush, and we can be legends too,” he says and falls back beside me.
My heart beats roughly against my sternum at his words. I don’t know how anyone could seem so perfect, but he does. We lie motionless in the sand until his breathing becomes one with the sound of the ocean.
“Becca?” he says, rolling onto his side to look at me.
“Yeah?” I mirror his image.
He brushes my hair out of my face and places his hand on my neck. I breathe in deeply and say a prayer that the ghosts won’t interrupt this moment like Corpse did last night. Sketch leans forward and rests his forehead against mine.
“Don’t crash,” he whispers.


Emily Godwin is a Young Adult author. She enjoys writing, painting, and sewing her own line of non-evil voodoo dolls. She's a Slytherin, trying to disguise herself as a Hufflepuff, and wishes she could read herself into books.

Thanks for having me today & for participating in the MMH tour! :)

This sounds like my middle school fantasy only instead of a punk rock band, I was dreaming about N'Sync. What can I say? I was a product of my generation.