she will accept her destiny, or decide her own fate? - The Evoxian Legacies Series by Abbey MacMunn

" It was a great and enjoyable read to curl up with some hot cocoa and just relax. [...] The storyline was engaging and interesting but offers a solid amount of drama and emotional turmoil as this couple relationship evolves into more than they ever imagined." Georgia, Goodreads 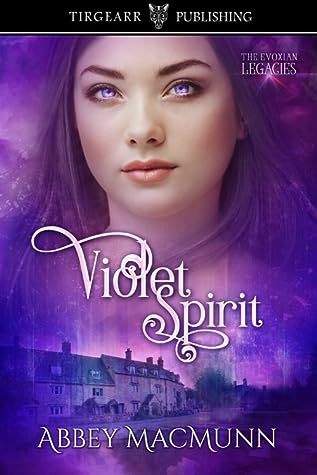 A half human, half alien.
A violet-eyed shapeshifter.

Their destinies bound by magic from a disappearing world.

Ever since free-spirited Lexie Mills learned she was half human, half alien, her life has been far from ordinary. But living a privileged life in a Cotswold manor with her over-protective family isn’t all it’s cracked up to be, and not helped by her confusing feelings for her best friend, Drew.

Evoxian shapeshifter, Drew Morgan, longs to tell Lexie he’s her destined soulmate, but until she embraces her alien heritage, he must wait. Trouble is, staying in the friend zone proves harder than he thought.

Tensions sizzle and chemistry sparks between them, but as their friendship blossoms into something magical, Lexie uncovers a heart-breaking truth about Drew and she must make a choice…

Forgive Drew and accept her destiny, or decide her own fate?

Good little Lexie Mills always did as she was told, right?
Wrong. Not anymore.
Her stomach churned, but there was no going back now. She had to do this for her own sanity.
Three sets of violet eyes stared expectantly at her.
Lexie’s gaze flitted around the opulent sitting room of Hawton Hall, the eighteenth-century Cotswold manor she felt privileged to call home, but it was also a gilded cage.
She blurted it out before she lost her nerve. “I want to get a job.” Now for the repercussions.
The room fell silent, as she’d predicted.
Scents of beeswax and decades-old fabrics mingled with the aromatic, seasoned oakwood that burned inside the huge Georgian fireplace. The antique clock ticked monotonously on the mantlepiece, like the calm before the storm.
“Over my dead body,” Drew declared, his sudden hostility taking her by surprise.
Her heart sank. She’d expected more from him, at least hoped he would be on her side.
From the moment she’d met Drew—when her mum learned of her alien heritage—he’d impressed her with his shape-shifting abilities. He’d become like a big brother and a best friend wrapped into one, her confidant, the person who made her laugh when everything had changed so rapidly, and he was usually so amicable. But not today, it seemed.
Drew folded his giant arms, drawing her attention to the striking tattoo of the naghari that snaked around his forearm, a fearsome creature he could morph into in three seconds if he wanted to. His jaw tightened, and his expression took on an arrogant stubbornness, evoking a sudden urge within to slap him across his handsome face.
What right does he have to tell me what I can and can’t do?
She looked to her parents, pleading they would understand her need for independence.
“You don’t need a job, love,” her mum, Bree, told her. “It’s not as if we need the money anymore.”
Yeah right, because her Evoxian royal heritage, and the numerous properties and land on Earth her family owned, meant she could buy anything and everything she could ever want.
Everything except her freedom. 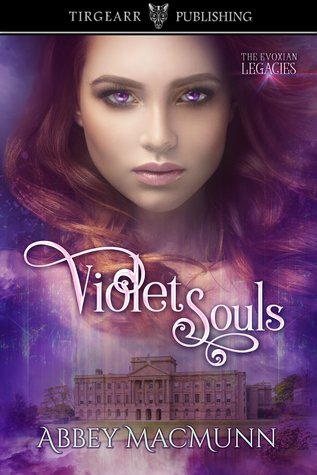 While searching for clues to her past, single mother Bree Mills discovers a subculture of aliens with supernatural abilities living on Earth. And she’s one of them. Finding herself hurled into a world of possibilities, it’s made more alluring by Quinn Taylor, the 324-year-old, violet-eyed Evoxian from her childhood dreams.

Quinn knows his destiny is entwined with Bree’s. He’s fraught with frustration and desire, but before he can confess his love, he must wait for her to sense the Akui, a mysterious force tied with ancient Evoxian law.

At a Cotswolds country manor, passions awaken and ignite a love more magical than the once-Utopian planet, Evox. Then Fate delivers a cruel and heart-breaking blow when Bree is kidnapped by a malicious alien who wants her and her power. Will Quinn still love Bree when she’s faced with protecting her half-human daughter… whatever the cost?

“I know it must seem impossible to believe, but please give me a chance to explain.” Quinn’s amethyst gaze never left hers. “Haven’t you always felt different to everyone else? Did you ever wonder why your eyes are an unusual colour?”
Bree blinked like a stupid airhead.
“I know you sensed the connection to your talisman; surely you can’t deny that?”
Something tugged inside. Despite her fear, her confusion, and the craziness of what he’d told her, she controlled the impulse to run.
She could answer yes to every question, hell yes, but it didn’t mean she came from another planet…did it?
Her head spun. Erratic thoughts swirled like dust motes caught in a breeze. She was a single mum, slightly odd maybe, but living an ordinary, uneventful life, or at least trying to. How could this be happening? Beads of sweat dampened her brow, her neck. Could it be true?
“Let me show you something, then you can decide. Would you give me your talisman, please?”
With no idea why, Bree took off the pendant and handed it to him, flicking her tongue across lips that were drier than the Sahara.
He tilted his head in the direction of the small table. “Sit down and I’ll prove it to you.”
With her legs buckling at the knees, she had no choice but to do as he asked.
Quinn closed the curtains, blocking the bright shaft of sunlight, then sat in the seat opposite. His intoxicating scent, sandalwood, soap and the faintest whiff of zesty orange shampoo filled her senses, made her insides fizz with anticipation. “Hold both hands out, please, palms upwards on the table.”
Bree wiped her clammy palms on her jeans. Yep, I’m the crazy one here.
“Okay, try to relax.”
Un-bloody-believable. How the hell was she supposed to relax when he’d just told her she wasn’t from Earth?
Not to mention the touch of his hot, dry hand was playing havoc with her pulse rate.

About the author:
Abbey MacMunn writes paranormal and fantasy romance. She lives in Hampshire, UK, with her husband and their four children.

When she’s not writing, she likes to watch films and TV shows – anything from rom-coms to superheroes to science fiction movies.

Author's Giveaway
a Rafflecopter giveaway
Posted by CCAM at 5:00 PM

What a beautiful cover

Lovely covers, The storylines should be of interest to readers of this genre. Best wishes to the author on the book release.

I love the covers, with their intense colours.

Thank you so much for your lovely comments :)

Sounds like a unique spin on a love story! The cover is lovely.

Looks pretty. I love the purple

I love what you've done with her eyes.

I think the cover is beautiful

Just bought it! thanks!

i like the cover. i would love to read this.

The cover is sexy and fierce.

I really love the cover! Bright, eye catching and peaks my interest for sure! no19034770@ yahooDOTcom

The covers are great, I love the use of violet, my favorite color.

Looks like an interesting book.
Thanks for the contest.