If you love fake romance books with a high-level of heat, and funny intense twists and turns, then you will love this new romance collection from Logan Chance. 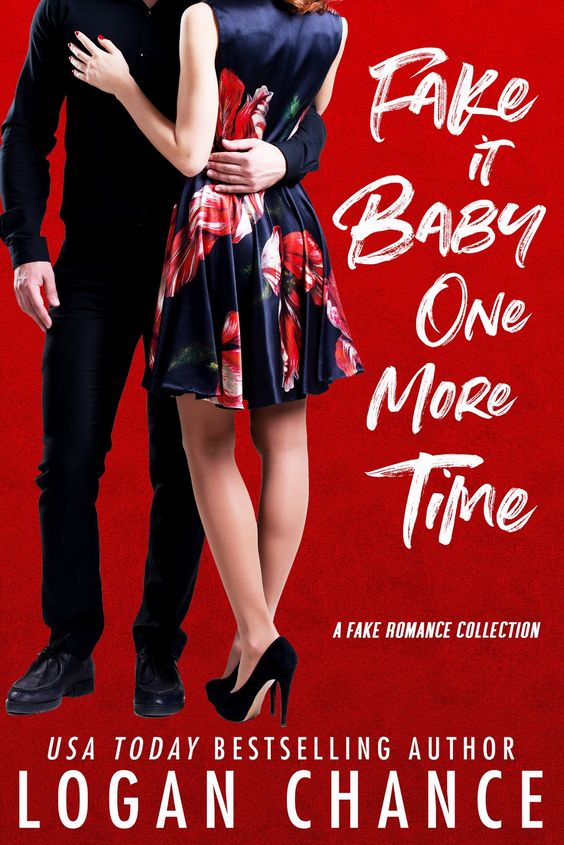 “There’s nothing fake about the way you touch me.”

How deep undercover will these two go to catch the bad guy?

Special Agent Vin Mills has everything he’s ever wanted. Sweet job. Rock hard abs. Buns you can bounce a coin off of. And a money laundering mob boss who’s about to go down.

The only thing standing in his way is fresh off the desk bombshell in heels, Special Agent Addison Buckley. She’s just destined to screw everything up.

Addison Buckley has one thing she wants—a promotion. The only thing standing in her way is egotistical and tattooed hottie, Vin Mills. The department wants them to pose as newlyweds and blend with the residents in one of the most prestigious and nosy neighborhoods in Colorado. A few touches, a few kisses, no problem.

Saying and doing are two different things, and this is one game of espionage these two rivals never bargained for.

Will these NewlyFEDS be able to catch the bad guys, or get caught under cover first? 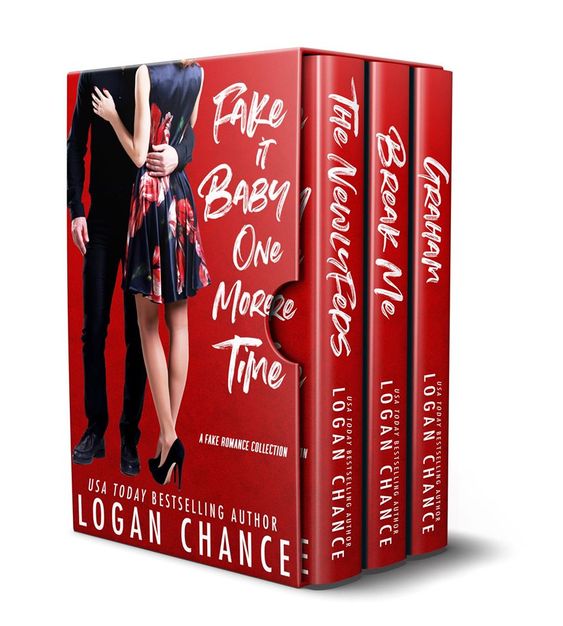 "It was only supposed to be one night of bliss before my big meeting. But, I never expected to run into my one-night stand the next morning as I pitched my proposal. And I never expected his counter proposal...a fake engagement."

The holidays are not jolly this year. After losing my job, they’re downright depressing. It’s all good, I take that big lump of coal, and turn it into an opportunity to get my homemade soaps into Mountain Goat Resort. I just need to convince Graham Steele, the owner. If I can nail this deal, everything will be merry and bright. Things veer out of control when I end up nailing a sexy stranger at the resort the night before my big meeting. Before I know it, I’ve got a fake fiancé and twelve days to spend pretending with his family. I’m definitely going on the naughty list this year, and Graham Steele put me there.

Katy wants a promotion at work and will do just about anything to get it. But, will she pretend to be engaged?
You bet your butt she will.
She meets Pollux in the most unlikeliest of places, and sparks fly. His sexy eyes and quick wit is exactly what Katy is looking for in a fake fiance.
But, is Pollux really who she thinks he is?

If you love fake romance books with a high-level of heat, and funny intense twists and turns, then you will love this new romance collection from Logan Chance.

Quick wit, fun banter, and tons and tons of not so fake sexy scenes collide together in this fake romance set. Such a great value, grab your copy now!

NOW LIVE and ON SALE for ONLY 99 CENTS for a limited time.
One-click this heck of a deal today!!
***Get Three Books In ONE Box Set*** 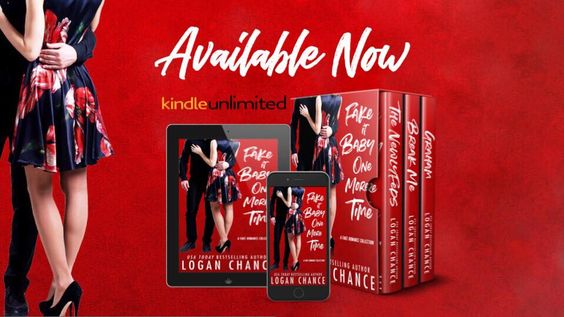 About the author:
Logan Chance is a USA Today, Top 20 Amazon, KDP All-Star, and KDP All-Star UK bestselling author with a quick wit and penchant for the simple things in life: Star Wars, music, and smart girls who love to read. He was nominated best debut author for the Goodreads Choice Awards in 2016. His works can be classified as Dramedies (Drama+Comedies), featuring a ton of laughs and many swoon worthy, heartfelt moments.

Cool, thanks for the sale!