she the last person you'd expect to hack minds... - Deleted by Ruth Mitchell

"This book is brilliantly creative and fascinating! I found myself thinking of it often throughout the day and how these technological dangers could one day be a reality. The themes are so powerful and thought-provoking." Melissa O., Goodreads 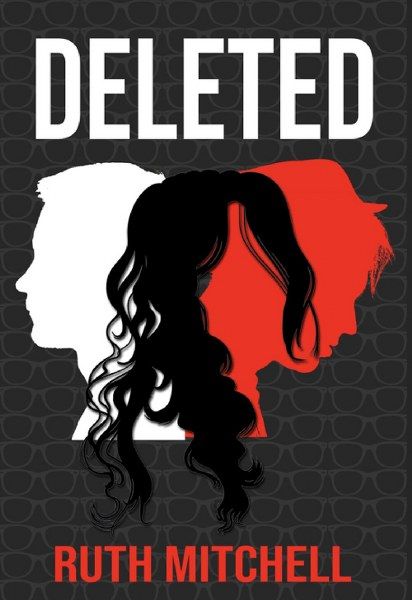 Lucy Campbell is the last person you'd expect to hack minds. The college freshman prefers vintage technology, old books and retro fashion. But when she makes a fool of herself in front of her crush, Marco Han, she wishes she could erase the whole episode from his brilliant mind. She's shocked to learn that her older sister, Mollie, can do just that.

Mollie tells Lucy she's found a way to delete people's memories via Spex, the thought-activated successor to smart phones and Google Glass. Yet, when Mollie breaks into Marco's mind, she decides not to erase any embarrassing moments because he already has a crush on Lucy. Encouraged by her sister's discovery, Lucy stops avoiding Marco. Soon, the two are dating, and Marco, a tech guru in his own right, elevates Mollie's mind hacking from a guilty pleasure to an efficient crime-solving tool.

As the three infiltrate more minds, they realize they're not the only ones who can steal memories. Marco suddenly forgets Lucy; and Mollie forgets that she could ever mind hack. Lucy's mind should be safe because she doesn't wear Spex. But then the mysterious hacker, Nick Lethe, comes after her in person.

Lucy flees to the woods, the only place safe from the surveillance of the ubiquitous Spex. If Nick finds her, he'll erase her memories or worse. If she doesn't find him --and stop him -- no one will know that minds can be hacked and lives rewritten.


When I first came up with the idea of Spex (the thought-activated smart glasses crucial to the plot of my YA novel, DELETED) Google Glass hadn’t hit the market. No one was wearing air pods (similar to the Mindseye worn in everyone’s ear in my book.) And the hyper-specific targeted advertising assisted by smartphones was purely a marketer’s dream.

Now the future depicted in my book is basically here. The week DELETED was published, Amazon started promoting their new Echo Frames operated by voice commands to keep you connected with your Echo where ever you go. The Frames are not as cool as the Spex in my book, which are thought-activated, not voice-activated, and come in a wide-variety of stylish frames. But still, the similarities are eerie. Likewise, with the popularity of airpods everyone now has a little voice in their ear just like they do with the Mindseye in my book. Also, the tech-assisted marketing, such as Spex using GPS tracking to notify you about a lunch deal at a nearby sandwich shop (an idea I thought so clever when I wrote this book in 2011) is old news.

When I first started looking for an agent or a publisher for my book, I worried that the tech in real life would quickly catch up with the tech in my book. I was basically right. But now as more and more of the things I predicted have become realities; it’s obvious that they only make the book more relevant. In DELETED the main character, Lucy has almost nowhere to hide because the mysterious hacker chasing her has access to the memories of everyone wearing Spex. Even with her closest friends or family, she is under surveillance. True our thoughts aren’t under surveillance--yet. But sometimes when an ad pops up on Instagram for a movie you were just thinking about, it feels like they are.

DELETED is not anti-tech. In fact, some of the tech in the book, I would really like to own, such as the “Good With Names App,” which use facial identity to remind you of people’s names and how you know them. This YA book doesn’t condemn tech, rather it explores issues of identity, privacy and reality in a world where everyone is continuously on-line. So pretty much, our world.

About the author:
RUTH MITCHELL lives in San Diego with her husband and four marvelous children. Whether she’s writing science fiction, contemporary Rom Com or a women’s fiction ghost story, she strives to create clean, smart books with lots of heart.

Currently, her only published book is DELETED.

Interesting cover. This sounds like a good read and love the highlighted review saying its thought-provoking

I really love the cover.

I dont think the book cover tells much about the book but you know what they say....you cant judge a book by the cover

Awesome cover! It grabbed my attention.

I like the cover. It is very clever and well done.

The book sounds interesting and the cover is well done.

I really like the cover. It def draws me in. thank you

Thanks for posting this!