"Hand’s story takes numerous twists and turns that keep the reader constantly guessing and concludes with a surprise that even the most experienced mystery fan will not see coming. White Oaks is a thoroughly engaging read that is not to be missed. I rate it a solid five stars and look forward to the family’s further adventures in the sequel." Greg S., Goodreads 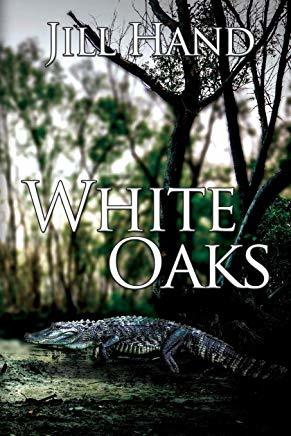 “An ingeniously dark comic thriller about greed, gluttony and murder that is destined for the big screen.” –Best Thrillers

Aimee Trapnell reluctantly leaves her apartment on Manhattan’s Central Park West to return to her childhood home in Georgia for her father’s ninetieth birthday. Also on hand are her two brothers, wily Marsh and ne’er-do-well Trainor. With a forty-billion-dollar inheritance at stake, they’re willing to do whatever it takes to make the old man happy.

To their shock they learn that what their father wants for his birthday is to kill someone. He doesn’t care who it is. He just wants to know what it’s like to commit murder.

Betrayal, double-dealing, and fast-paced action set the Trapnells on a collision course with an unexpected villain. Their journey takes them from the swamps of Georgia, to Italy’s glittering Amalfi coast, to rugged Yellowstone National Park.

**Only .99 cents Jan 18th – 20th!!**
Goodreads ** Amazon
About the author:
Jill Hand is a member of the Horror Writers Association and International Thriller Writers. Her Southern Gothic novel, White Oaks is available on Amazon and from the publisher, Black Rose Writing.

Advance readers called it a fast-paced, hilarious account of three siblings who are competing for their father's forty-billion-dollar fortune while trying to prevent the destruction of Planet Earth.

Jill Hand's novel, Rosina and the Travel Agency, and The Blue Horse, a novella, follow the adventures of a young woman rescued from a railway accident in 1889 by a twenty-fourth-century enterprise in the business of time travel tourism.