"A short, clear and strong written, fast-paced story. I love the open, clear honest way of writing.
It holds me and grabs me until I’m finished. Everything of importance is there to read, no grey noise, no unnecessary side tales. Everything written in sharp, catching lines." Truuuss, Goodreads 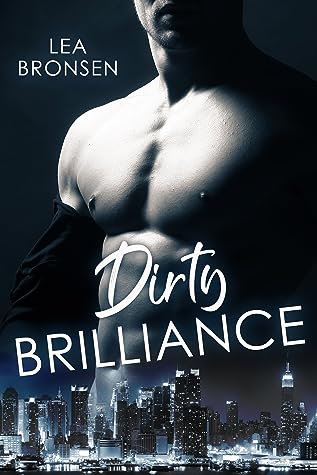 Kace Karrington is a wealthy, self-made investor with no qualms about steamrolling others to achieve his goals.

He’s attracted to men, but picks up beautiful women, giving the cold, unfeeling world of Finance the appearance he’s successful...powerful. That is until he meets a smoking hot street punk eager to show him there’s more to life than making money.

I’m Kace Karrington, I’m an asshole, and I don’t care what you think. I screw left and right. I invest cash that doesn’t exist. I’ve built an empire on the blood of lesser smart speculators. And I’ll steamroll whoever stands in my way.

Again, I don’t care what you think. Wanna be good? Wanna play it by the rules? Then, don’t come to me complaining you can’t afford the life I have. Don’t envy my fortune, my skills, my flair, or what you call my good luck.

It’s not luck. It’s hard work, and it takes balls. I deserve my insane wealth, the rapacious admiration of my peers, and the attention from some of the most beautiful women in the world. I’ve earned all that and more. I’m brilliant at what I do. I’m a quick thinker, I get stuff done, I can stomach risk and I reach my goals because I’m a wolf, a hunter.

Dad predicted it when I came home with my first A in math. He said I would excel in analytic economics, and later—as it turned out to be true—he sent me to the best business and management schools. Having a parent willing to pay for my studies helped, but I would’ve climbed to the top. Somehow, someway. My way. My calculative, slightly treacherous, sublimely effective way.

I wouldn’t recommend such conduct if you like company. Wolves are lonely. Sometimes, they attack in a group, but most of the time, they wander on their own. And that suits me fine. I don’t want friends. The fewer people allowed into the innermost circle, the smaller the risk. Superficial connections can be valuable assets if they help pave your path to success.

So, I’m not married. Doesn’t mean I don’t have girlfriends. I do, but I let them seduce me at soirées and entertain me at night. Come dawn, they’re out the door faster than they can strap their sexy heels on. I have more important matters to deal with as the morning stock market news rolls in than an after-sex super-clingy female.

Besides, chicks aren’t really my thing, but in the cold world of finance, it is better to keep what is considered a weakness (the soft-heartedness of a homo) to oneself. Therefore, you’ll see photos of me always flanked by two or three women of young age and blinding gorgeousness. Gotta tend to my reputation of tough, sharp, and serious—thus attractive—investor.

I jokingly consider these lines for an imaginary interview as I stand on my wide balcony on the rooftop of one of the most luxurious skyscrapers in New York, gazing at the breathtaking view of the noisy, pulsating city below, feeling like the entire world is at my feet. I’m the king of my self-made kingdom, and the power and strength that being on top of a megacity gives me is absolutely intoxicating.

Vibrant, I fill my lungs with air, making a quick mental note that it might be less polluted up here than the air people down on the street must breathe, then erase that thought and focus on myself again. I come first; the rest of the world can burn as long as I’m in control of my life.

Control is minimizing debt and making secure placements. I earn a lot of dough from speculating on the current financial bubble and I’m wise enough to convert it to real cash and place it on safe goods. I drive the shiniest and fastest cars, the biggest yachts, and a private jet, and I’ve purchased high-value apartments in metropolitan cities and mansions on rivieras around the globe. When global economics implode—which they assuredly will, sparking another big-scale military conflict—others will bleed.

Don’t point your finger at me. I’ve worked my ass off to acquire all of this. Years and years of coercing small-time investors, cooperating with crooks, buying officials, blackmailing politicians, befriending dirty millionaires.

Of course, I’d never admit that in an interview.

With a smirk, I lean against the gigantic glass window behind me and pull my phone out of my pocket. Messages and notifications glide seamlessly right to left. “Pfft, nothing of importance.” I swipe them away.

My reflection on the dark phone pane stares back. Piercing ice-blue eyes in a tanned face with rugged features…and lines on my forehead.

Hmm, am I looking tired? Maybe a little burnt out. At forty plus, long party nights, too little sleep, unhealthy amounts of booze, and zigzagging levels of tension will do that to your system. One starts to fry.

Maybe I just need a new form of excitement. When you’re programmed to chase goals but have accomplished everything you’ve dreamed of, you itch for new challenges, different horizons.

A message pops up on the screen with a discrete beep. From Ella, my sister. My twin sister and sole remaining family.

I frown. What does she want?

I’m not one for clichés, but she’s the opposite of me in terms of direction and success, having sunken into drug hell years ago and, after our father died, depended on me financially... And so, my feelings for her are unclear. I’d like to care about her. It would be natural, right? But her inability to give herself a kick in the ass, straighten up, and get a life, irks me to no end.

Index finger hovering over the envelope symbol of her message, I hesitate. Is she asking for money? Or does she need me to sweet-talk to some cop because she’s gotten into trouble again?

I’m not sure I want to be disturbed right now. I blow out a puff of air and survey the skyline ahead of me. The sun is setting in the distance, throwing an orangish light over the rooftops, reflecting off windows like they’re on fire.

I have plans for tonight. Ella is a leech, the kind of person who once she’s got ahold of me, will hold on tight with the negative energy of an addict and suck the very life out.

“Not tonight.” With a firm shake of my head, I slide the smartphone back into my pocket and focus on the upcoming evening events.

A finance mogul party is being held at the fashionable St. Regis. The Steins, an unfathomably rich and odd couple—he old, short, and ugly; she young, long-legged, a thing of glamor and beauty—are inviting the Wall Street sharks for some reason I haven’t bothered to remember. There’s always something to celebrate when you have more money than you know what to do with it. And there’s always plenty of hot chicks to keep me company and enough champagne to drown my loneliness.

She's signed with Evernight Publishing, Decadent Publishing, and Insatiable Press. She has also self-published half of her works and participated in the making of several anthologies.

Hi, and thank you so much for spotlighting the release of Dirty Brilliance!

Cover is great. I'm not sure I like the character very much. Thanks for sharing. Best wishes to the author on the new release.

Thanks, Debra. I totally agree, Kace isn't very nice in the beginning, but that's until he meets someone that makes him want to change :)

The cover is stunning but I don't read books with H's like this.