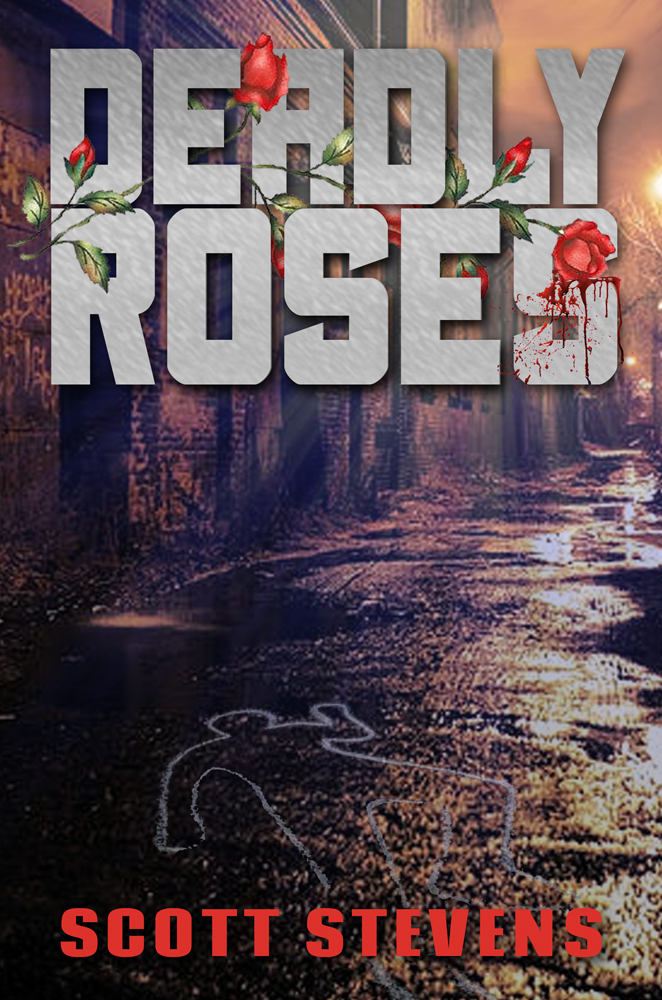 Love isn't always champagne and roses and it's certainly not the case in this love triangle thriller with a twist. A dominating, abusive boyfriend is being ousted for a romantic hero, but there are deadly consequences.

Step into the gang life and witness the savagery as they stop at nothing to seek revenge. You've heard the old saying: "Boy meets girl. Boy falls in love with girl." Now you can add: "Girl's gang-leader boyfriend doesn’t like the new addition."

EXCERPT
CHAPTER 1
In a New York City apartment building, on an upper floor in an empty hallway, “Snake” Santiago and three fellow gang members made their way slowly and quietly through the poorly lit, dingy corridor. When they came to the unit they searched for, Snake motioned for the other guys to move out of the way while he positioned himself directly in front of the door. The gang leader forcefully kicked the door with all his might, busted the frame apart, and the door flew open instantly. With weapons drawn, they entered the apartment and searched methodically, like a perfectly executed police raid.
It was a small place, so it didn’t take long for them to check the entire apartment and figure out nobody was home. The search of the living room, kitchen, bedroom, and bathroom took less than three minutes.
Snake walked over to the kitchen table and saw what appeared to be a partially eaten meal spread out across it. He stuck his finger into a pile of warm mashed potatoes and realized they had probably just missed their targets.
“The food is still warm. We must have just missed them. They can’t be far. The stairs are the only exit in this building, and we didn’t pass them. The only place they could have gone is the roof. Let’s go, but be quiet, eh. We don’t want to alert them.”
The four men made their way back to the stairwell. Snake lead the way as they climbed up three more stories to the door that led out to the rooftop. He glanced back at his fellow gang members and, with his
handgun drawn, lifted his finger to his mouth that reminded them to be quiet.
He placed his hand on the silver metal doorknob and gently turned it. He pushed the heavy metal door open slowly to minimize any noise it might make. If the door creaked or squeaked, it would give them away.
Once it opened enough to be able to walk through, he noticed this side of the roof was empty. This was good luck as it meant his prey was on the other side of the building. The concrete blocks that held the door in place created a narrow wall for the criminals to take cover. The wall gave them a little more time to move closer to their targets.
When all four of them were out on the roof, Snake quietly closed the door behind him. He didn’t let go of it until it was securely in place, so it didn’t make a sound. Their cover was still intact, and their targets were not aware of their presence.
The gang leader cautiously peeked around the corner and scanned the entire rooftop from end to end. As he suspected, his two marks were together on the far side of the rooftop. He was relieved to confirm they were alone, and nobody else was up there to witness what was about to happen. Witnesses would only make the situation messier than need be.
He placed his back up against the wall, stared up into the night sky, and watched his breath as he exhaled into the crisp cool autumn air. He lifted his gun to his chest, looked at his fellow gang members, nodded his head, and whispered, “Sal and Miguel, you two homies go to the left.
Diego, you come with me. Vamanos!”
They slowly and quietly maneuvered their way within a few feet behind the couple, who stood at the edge of the rooftop, holding hands, looking out over the sparkling New York City skyline. Snake cleared his throat and said, “Well, well, well, look what I found, ese.” 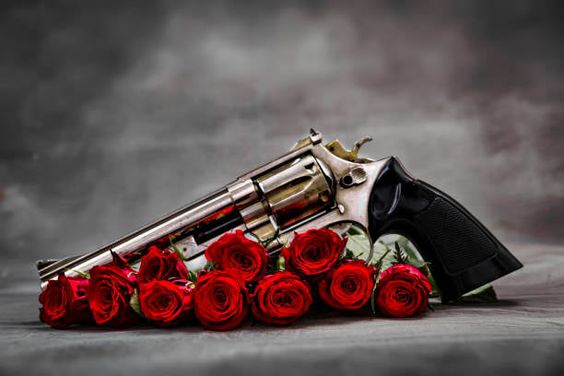 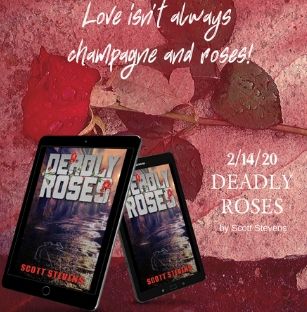 With all the commotion, nobody paid attention to all the sirens down on the street. After all, it was New York City, and a minute without a siren filling the air was nowhere near the norm. There were always some flashing lights or sirens from fire trucks, ambulances, or police cars in the area. This was an everyday occurrence, and they blended right in with the normal sounds of the city. What none of the rooftop hoodlums seemed to realize was someone in the building heard all the gunshots and called the police. So while Emily and Snake argued, the police had arrived and made their way up the stairwell and were about to burst through the door onto the rooftop.
As Emily continued to yell at Snake, the large metal door flew open, and several NYPD police officers scattered across the black tar-covered roof. Loud chaos erupted as the officers shouted orders to Snake and his gang members to put their weapons down.
All three of Snake’s fellow gang members instantly put their weapons down at their feet and raised their hands high in the air. They offered no resistance, so the officers turned their guns toward Snake and commanded him to drop his weapon.
“Put the gun down, man! Drop the weapon and put your hands in the air! Let her go! Don’t shoot her! I’m only going to say this one more time. Put the gun down and your hands in the air. I’m telling you, son; you’re gonna die right here on this rooftop if you don’t comply immediately!”
“Okay! Okay! You win, pendejo. Don’t shoot.”
Snake pulled his finger off the trigger and pulled the gun away from Emily’s head. His eyes met the officer’s eyes and held them as he moved slowly. He didn’t want the officers to get the wrong idea from his movements.
“Don’t shoot! I’m putting it down! Just don’t shoot, eh.”
The officer yelled back, “Do it slowly! Any wrong moves, and we will fill you full of lead and not even think twice about it. Put the gun at your feet and kick it over here. Don’t give us an excuse!”
The gang leader moved as slowly as possible and placed the gun at his feet. He put his hands on top of his head and kicked the gun across the rooftop over to the police. As soon as he did, several police officers rushed over to him, threw him down to the hard tar roof, beat him, and cuffed him. The others were taken into custody without the slightest bit of resistance.
Another officer rushed over to Emily and said, “Where are you hurt, ma’am?”
“It’s not me; it’s my boyfriend. He’s been shot four times. The blood is his; please help him. Please! He’s dying!”
The officer grabbed his radio and sent an urgent message to his dispatcher. “Six to Central, we need a bus at my location immediately!
We have one adult male down. Four gunshot wounds. Needs immediate medical attention. Get a bus here right away!”
The officer bent down and tried to find a pulse on Noah. He turned to Emily and said, “He’s in rough shape, ma’am. Don’t worry; the ambulance will be here in a minute. Let’s just hope they get here in time.”
He took Noah from Emily and gently laid him down flat onto the rooftop. He tried to make him as comfortable as possible and said, “Don’t give up on me, son. Help is on the way, just hang in there. You can do it.”
TOUR SCHEDULE
Goodreads ** Publisher ** Amazon

About the author
Scott grew up in New York and is an avid sports fan. He was a sportscaster and then a sportswriter for many years. He loves writing thrillers to entertain readers across the globe. Scott also loves attending events to meet new fans whenever possible.

Author's Giveaway
a Rafflecopter giveaway
Posted by CCAM at 4:58 PM