"My immediate thoughts upon finishing the book were; Loved it! Loved it!Loved it! I'd love for it to be the start of a series? Loved most of the characters and loved hating the others too! It does make you think where our present world is going as well as how drugs are tested." - Sandra, Goodreads 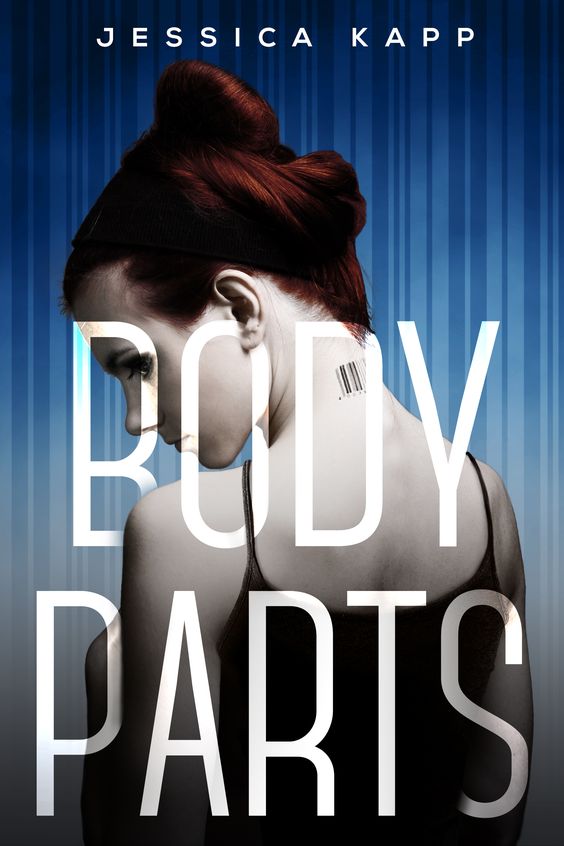 People would kill for her body.

Raised in an elite foster center off the California coast, sixteen-year-old Tabitha’s been sculpted into a world-class athlete. Her trainers have told her she’ll need to be in top physical condition to be matched with a loving family, even though personal health has taken a backseat outside the training facility. While Tabitha swims laps and shaves seconds off her mile time, hoping to find a permanent home, the rest of the community takes pills produced by pharmaceutical giant PharmPerfect to erase their wrinkles, grow hair, and develop superhuman strength.

When Tabitha’s finally paired, instead of being taken to meet her new parents, she wakes up immobile on a hospital bed. Moments before she’s sliced open, a group of renegade teenagers rescues her, and she learns the real reason for her perfect health: PharmPerfect is using her foster program as a replacement factory for their pill-addicted clients’ failing organs. And her friends from the center, the only family she’s ever known, are next in line to be harvested.

Determined to save them, Tabitha joins forces with her rescuers, led by moody and mysterious Gavin Stiles. As they race to infiltrate the hospital and uncover the rest of PharmPerfect’s secrets, though, Tabitha finds herself with more questions than answers. Will trusting the enigmatic group of rebels lead her back to the slaughterhouse?

At any given time, I have three or four stories bouncing around in my head. Some are nothing more than a single-cell molecule. A tiny idea that could be something great, but it’s hard to tell early on. Other ideas are more formed and I can picture the characters, maybe a few scenes. They have the legs to walk.

But unless I feel the spark—that boisterous call of the keyboard—I keep searching.

A lot of my ideas come when I least expect it. I’ll be in line at the grocery store or the post office, and BAM! Something or someone will trigger an idea. For example, the day I went out on submission for BODY PARTS, my husband took me out for dinner (fun fact: it was also my birthday).

It was cold out, and all of the guests were vying for a spot near the fireplace. Three tables were crammed close together, and we settled into our spots to order. The table to our left seated three, and because we were sitting so close to one another, it was hard not to say hello. One of the guests at that table was in town for a funeral, but they grew up in the town we live in now. He proceeded to share a story about his childhood and the trouble he used to get into in high school. I quickly found myself engrossed in his story, and I imagined taking his experience and amplifying it. Making it something bigger. Crazier.

I couldn’t wait to get home and start writing it. It was like an itch I had to scratch.

Six months later, I finished my first contemporary story in dual perspective. It’s still undergoing revisions, but it’s a story I knew I had to write. A story I fell in love with before a single word hit the paper.

Right now, I’m letting a new idea percolate. I’ve started the first chapter. Discarded those pages and started again. This concept didn’t hit me as hot and fast as the previous one. It’s more like a slow boil. I know it’s right, though, because I think about the characters at times when I normally wouldn’t. They wake up with me when that first jolt of coffee hits. They talk in my head when I’m trying to binge on Netflix. They’re there. Waiting.

And when they’re finally ready to come out completely, my fingers will be ready. Ready to catch every word they have to say.

About the author:
Jessica Kapp enjoys writing Young Adult Contemporary and Speculative Fiction. Story ideas often strike at inopportune times, and she’s been known to text herself reminders from under the covers.

She lives on a small farm in Washington with far too many goats and an occasional cow.

Author's Giveaway:
a Rafflecopter giveaway
Posted by CCAM at 2:00 PM

Wow! That's a really creepy synopsis - def. one for my TBR list!

the book sounds interesting thanks

Sounds so creepy, to be a person used literally for your body parts. Definitely interesting concept for a book.

Great post! I really enjoyed reading the excerpt and watching the book trailer! This book sounds like a very interesting and intriguing read! Looking forward to checking it out!

Oh wow...this sounds like it would be so good. The plot..wow! I have a feeling I would not be able to put down.

This sounds insanely awesome. Creepy too. Definitely something I'd like to read.