everything their hearts desire... Kisses Sweeter Than Wine (An Oregon Wine Country Romance #3) by Heather Heyford

The sassy psychotherapist has known Sam since they were kids, and the grown-up Sam is darned near irresistible.
Only if Sam opens up and spills his secrets can they finally have everything their hearts desire . . . 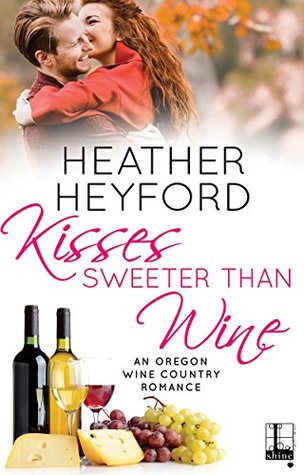 When the town of Clarkston, Oregon, welcomes Captain Sam Owens home from the service, Sophia “Red” McDonald is first in line. The sassy psychotherapist has known Sam since they were kids, and the grown-up Sam is darned near irresistible. With his abs of steel and those gorgeous hazel eyes, he could have any woman he wanted. Naturally, Red is thrilled when he takes her hand . . .

She’s a modern woman, happy to canoodle with the sexy soldier, no strings attached—until her heart changes the rules. Suddenly, after months of casual hookups, Red finds she wants more. She longs to possess Sam body and soul. But his warrior's heart was wounded long before he joined the service. As a therapist, Red has ways of making him talk. Only if Sam opens up and spills his secrets can they finally have everything their hearts desire . . .

Like the tide washing shells out to sea, Red’s kisses washed away fragments of Sam’s broken past.

It had been weeks since they’d made love. Weeks of learning to live with the frustration of having her whenever he wanted and then, suddenly, not having her.

Now his need for her overwhelmed him. He craved her mouth, her hair, every inch of her skin, the entire measure of her. He wanted to take refuge inside her, to merge completely until there was no more him and her, only them.

“Red.” Had he said that out loud? Usually, she was the vocal one. And he usually called her Doc. Less personal that way.

It didn’t matter. Nothing mattered any more except having her. He scooped up handfuls of her bottom and slid it beneath him, blessing the guy who had designed the Impala’s bench front seat.

“We’re never trading this in,” he rasped.

About the author:
Heather Heyford is the author of contemporary romances set in the wine country. See what inspires her writing on her many Pinterest boards, read more about her on HeatherHeyford.com, and connect with her on Facebook and Instagram. 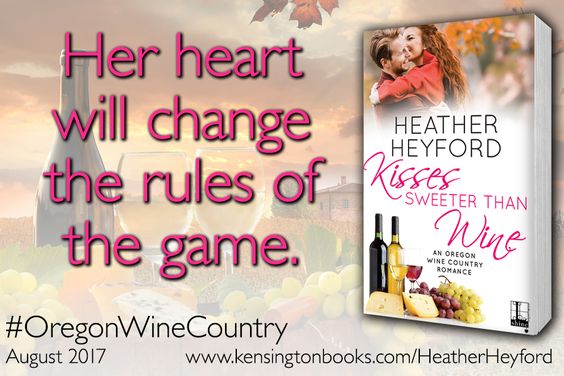