The Gods of Olympus have grown cold, their hearts hardened but soon, even they learn that love can bring anyone, even a God, to their knees. Trim &Julka
If you love romance with a twist, the Gods of Olympus series is for you! Each book can be read as a stand alone novel and each one ends with a Happily Ever After! 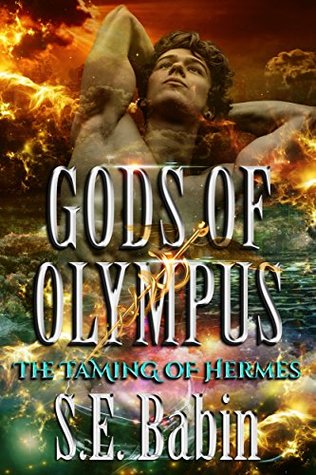 
12 rockstar authors decided to band together and write in a collaborative world that features a different God of Goddess in each book from Greek Mythology and these are the first five books that release this year!

If you love romance with a twist, the Gods of Olympus series is for you! Each book can be read as a stand alone novel and each one ends with a Happily Ever After!

In the wet and steamy heat of New Orleans, the gods are awakening.

Romance is blooming, and a lovely, lonely librarian is about to receive a delivery that will change the course of her life.

Tasked to deliver a message to a woman on Earth, Hermes doesn’t want to waste any time. He’s all business. Get in. Get out. Get back to Olympus and his simple life. But when he sees the dark-haired curvy librarian, Eve, his priorities start to change.

Once she opens the message, magic awakens, and Eve is in grave danger. Hermes has a choice. Save the woman and awaken his heart to love, or leave and return home to his lonely existence. For him, after seeing those deep Creole eyes and curvy hips, there’s only one choice.

"Read it for the humor and magic. But don't forget the Olympus part. Adds another whole nother dimension. Now I'm off to the next book. I hope this series continues....for the foreseeable future. S.E. Babin has done a great job of mixing old and new. Love, love, love...Happy Reading!!" - Dawn. Goodreads 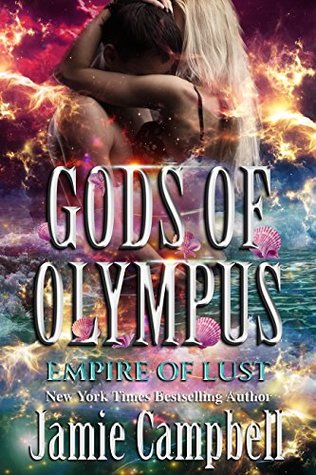 Empire of Lust by Jamie Campbell (#2)


What happens when the goddess of love and desire can’t have the man she wants?

The mighty Aphrodite has been exiled to earth. Cast out of Olympus by her powerful father, she wonders what is going to become of her and what she must do to redeem herself.

Meeting the sexy next door neighbour, Aphrodite’s powers of seduction are tested to their limits when he refuses all her advances. Why is he putting up barriers and how can she tear them away?

When the mighty goddess can’t get her own way, she will go to any length to make sure her reign remains supreme.

What better character to star in a romance story with passion, love, heat, and betrayal? 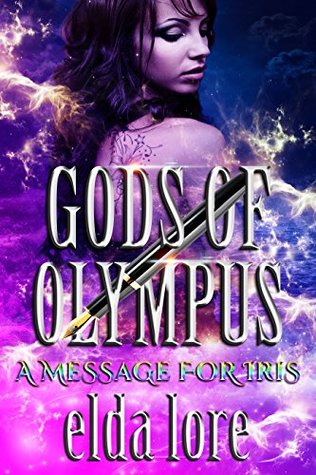 Indigo Ink is home on earth to Iris, but as a messenger for the gods, she leads a mysterious life. Producing colorful sketches on the skin fills her time before duty calls. Dear Iris is her other responsibility—giving advice to the lovelorn, her newest mission involves delivering a message to a human.

Find the one whose heart dances with the rain. Let love be his forgiveness.

Iris promises to take the challenge to heart, without realizing how close she is to the target.

Riordan deals only in black and white. Losing his fiancée tints his world to gray. With a new job, a new city, and a new outlook on life, he hopes to outrun his past. He doesn’t believe in rainbows and promises, but color blurs all that he thought true. When life is a storm, Riordan just might learn a little brightness clears the clouds and warms the heart.

"Her words are pure magic! A message for Iris was another winner from her and is a must for all who are looking for a short, well-written and highly intriguing read." - Sejla, Goodreads 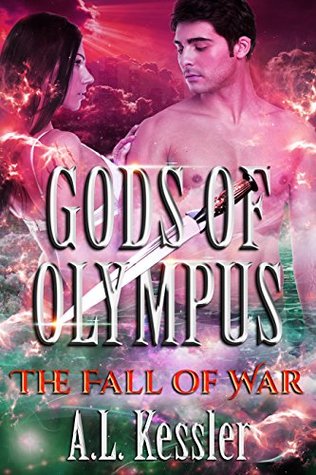 
Attacked by wolves and left in the woods, Casey has no idea how she ended up safe in the hospital, suffering only from a minor dog bite. Her worldview is forced to shift when a stranger tries to convince her that she is now a werewolf and needs the protection and guidance only he can provide.

Cursed to be a werewolf, Ares hides his divinity masquerading as Kylian, the alpha of the Red River Pack of werewolves. When he finds out a rival pack is leaving a newly bitten wolf alone to deal with her first change, he has no choice but to find and protect her. But the rival pack has other plans.

Can Casey and Kylian find their fate together while avoiding the threat of territory-hungry werewolves?

"Fun paranormal read, great characters and I didn't want to put it down!


LOVED IT! This book is a fun and witty tale with excellent character development and pacing! It kept me drawn in and not wanting to put it down!" - Teresa, Amazon 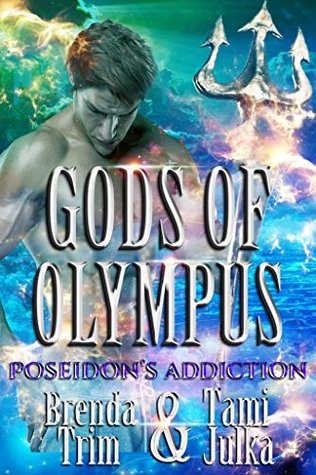 Poseidon is a God on a warpath when he discovers his trident has been stolen. He refuses to rely on a mere mortal to assist with his quest, but that's exactly what he must do when the trail leads to a boat owned by the alluring Kiiara, a former Marine whose hot-headed temper is rivaled by her smokin' hot body. What begins as a hunt for his most precious possession turns into a journey of lust, fear and forbidden love.

Kiiara Stanford has a normal, almost boring life. She loves her job, but her personal life has been uneventful for the past year. That changes when she is on a daily fishing excursion off the coast Topsail, North Carolina, and her deckhand is turned into a fish. To add to her nightmare, her ship is attacked by a giant sea serpent.

Enter Poseidon to her rescue, and her mundane routine turns into an episode of 'The Twilight Zone'. She insists on joining him in order to change her friend back into the walking, talking human she loves.

The last thing she wants is to fall for the egotistical immortal, but when the waves of passion crash together, she discovers she'll risk everything, even her life, for one night with the Greek God.


Goodreads ** Amazon
Authors'Giveaway
For a chance to win the first 5 books, leave a comment letting us know which one you're most looking forward to!

I would say.. Poseidon, but all 5 stories sound good :)

I've not heard of this series. I'd love to give it a go. It sounds right up my ally. Each and everyone in the series sounds great. Thank's for the chance.
tigerlilly_liz (at) hotmail (dot) com