will this mission be their last? Lacey Goes to Tokyo (Miss Belle's Travel Guides #1) by C.H. Lyn

"Compelling, chilling, captivating story [...] This book grabbed me in the beginning and kept my interest till the very end. It made me think and feel and care as it presented a story that wasn’t always easy to read but could not be put down." Cathy Geha, Goodreads 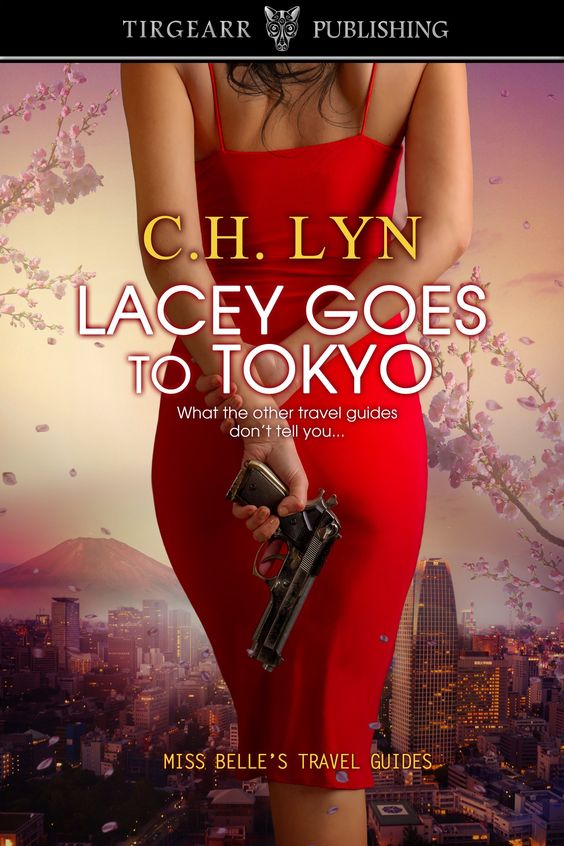 Lacey Devaine is a four-year veteran of a spy ring which fronts as an exclusive escort service, Miss Belle's Travel Guides. Maintaining her cover is Lacey's number one priority to protect the integrity of the operation she works for.

While on assignment in Tokyo, a nosy newspaper reporter threatens to blow the lid off a scandal that will put dozens of innocent lives at risk. To protect her cover, Miss Belle is called in to act on intelligence Lacey has uncovered.

Can these beautiful, intelligent, and deadly women complete this assignment in time and emerge unscathed? Or will this mission be their last?

GUEST POST
The biggest don’t have this and the biggest must-have this, in a mystery story…

The best spy novels I’ve read have one thing in common. They don’t have easy answers. That sounds simple, but one of my biggest pet peeves in books and on screen, is when there is clearly an easier choice for the character, but they chose the harder road so the story will go on. It doesn’t make sense. And it bugs the crap out of me. That being said, it’s harder than it looks. Lacey Goes to Tokyo went through several different moments of someone asking me why Lacey or Miss Belle didn’t just do this or that to get out of a jam. It took plot revisions, story arc changes, introducing new characters and nixing others, to have my characters’ choices make sense.

Most really successful mystery and spy stories have fantastic characters. I’d say all, but I’ve read my share of stories where the characters are so-so, but the plot kept me going. I think it’s a trap many writers can fall into, letting the plot run the show. There are plenty of stories where this works, to be sure, but in my opinion, without characters that really speak to the audience, there isn’t going to be much of an audience.

Plotting Lacey Goes to Tokyo, and the next few stories in the series, was fun, challenging, and thought-provoking. But writing the characters is what I really love. Showing Lacey’s development in this book with just enough of her past to give the reader a really clear idea of what she struggles with, was a puzzle I greatly enjoyed putting together. Letting Miss Belle show her dark side, and exploring what it will mean for her psyche and her relationships in the next few books, is an arch I’m extremely excited to continue writing.

About the author:
I was born and raised in a small town in Northern California. Growing up in a college town meant I experienced a wide variety of people and opinions. I like to think my stories reflect the vast differences in the people I've met. I love to travel. I want to explore the world around me while writing about the worlds in my mind.

I grew up with a steady diet of wonderful stories set in amazing worlds. I've read almost every series Tamora Pierce has written, and I am a crazy fan of the Hunger Games series. My nerdiness also encompasses the Harry Potter series, LOTR, and (to an extent) the worlds of superheros. Though, my husband is really head of DC knowledge in the household. He is also the most amazing source of support I could hope for.

I'm 26 now. My daughter just turned one. She is already so smart, curious, and beautiful. I want the female characters in my writing to be inspiring, not just for her, but for all the little girls who grow up reading.

Thanks so much for hosting me!! I had fun digging through my brain to answer this question.

For the readers, what do you think is necessary for a successful thriller novel?

This book sounds thrilling! I have always loved books that have a strong female lead!

I like the cover. The highlighted review says its a gripping story that is hard to put down so I am definitely intrigued.

My brain is incapable of figuring out how to reply directly to your comments, but thank you so much! I was oh so pleased with the cover, and I'm happy to hear others like it as well! This whole series is about strong females. I hope it lives up to the powerful women I know in real life. :)

How long did it take you to write your book?

It took a long while! The second one is coming along much faster, haha. I got the idea for the series in early 2016. The first book went through quite a few changes as I worked out how I wanted to do the rest of the series. Now that I have a firm plan in place for the next several books, my progress is going much smoother. Thanks for asking! :D

I encourage reading so having a family who loves to read I sure support.Thanks for sharing your terrific read with us.

This looks so interesting!

Thank you all so much!! I'm honored that so many people are interested in this story!! I hope you all get a chance to check out the book :)

I forgot to say that I love this cover!!!

The cover is lovely and the storyline sounds like a thrilling read. I especially like spy stories. Best wishes to the author on the new release.

Thank you so much, you guys! I love the cover too, my publisher really knocked it out of the park. I adore spy stories, especially ones with a female protagonist. I hope you get the chance to check out the book, and I hope it lives up to the cover!

Thank you! I love the cover. It was everything I could have hoped for!